The tragedy of the Quebec City mosque shootings which killed six men continues to reverberate. But Islamophobia has not been curbed: it is at its highest rate ever. 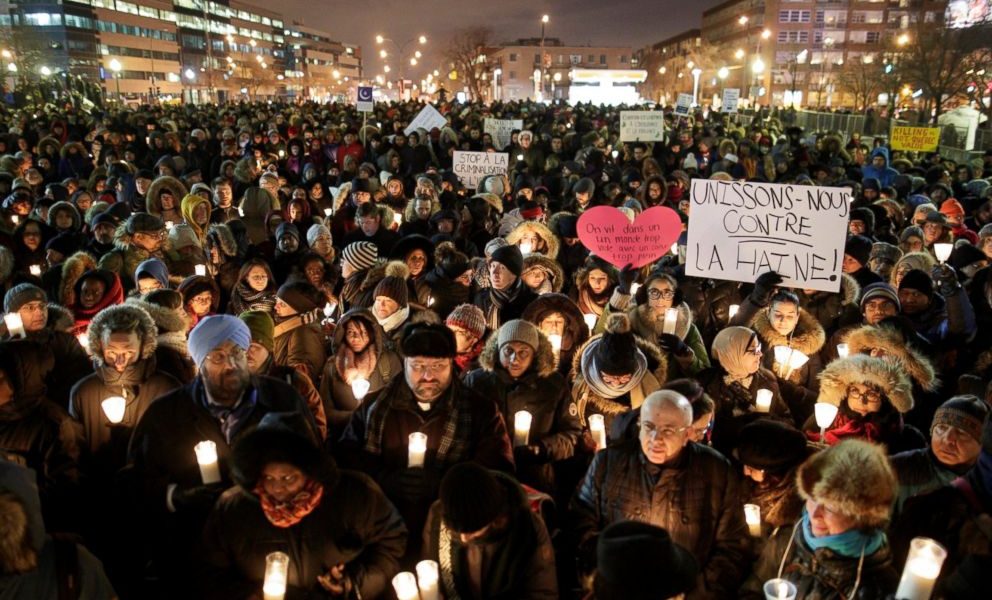 People attend a vigil in support of the Muslim community in Quebec. Credit: Dario Ayala/Reuters 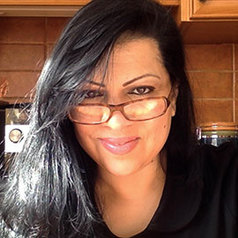 The Québec City mosque massacre, the worst mass murder to take place in a house of worship in Canadian history, was a shock to Canada’s multicultural utopia.

Yet the rising Islamophobia in Canada had impacted Muslims long before this tragedy. And not surprising to many, the hatred has continued to rise. In the lead up to the second anniversary of the shooting, there continued to be ongoing threats to Muslim places of worship and communities.

Hate crimes on the rise

Statistics Canada found hate crimes against Muslims in Canada grew 253% cent from 2012 to 2015. It got even worse: police-reported general hate crimes shot up by 50% in 2017 reaching a new all-time high. These numbers are largely driven by incidents targeting Muslim, Jewish and Black people with the increases being driven mainly by events in Ontario and Québec.

Muslims have been constructed as the “enemies within” and represent the new folk devils that threaten the stability of the nation. According to a 2017 Radio Canada poll, most Canadians (74%) favour a Canadian values test for Muslim immigrants, while 23% favour a ban on Muslim immigration, a level of support that rises to 32% in Québec.

Also read: Quebec Mosque Killings Are Horrific, But Not Surprising

Alexandre Bissonnette, who has pleaded guilty to six counts of first-degree murder and six counts of attempted murder in Québec City, spent the day of the attack drinking alcohol, reading stories about President Trump’s Muslim ban and visiting the Twitter feeds of extreme right personalities Ann Coulter, Bill O’Reilly and the Facebook page of France’s far-right Front National leader Marine Le Pen. He was reportedly angered over a Jan. 29 tweet by Justin Trudeau on welcoming refugees to Canada and left his parents’ house armed with a gun and racist, anti-Muslim, xenophobic hate.

Media reports rushed to blame this tragedy on anti-Muslim hatred south of the border, exemplified by U.S. President Donald Trump’s Islamophobic rhetoric and policies. But a study about the white nationalist website Stormfront found that Islamophobic sentiments were more prominent from Canadian subscribers than in the United States. 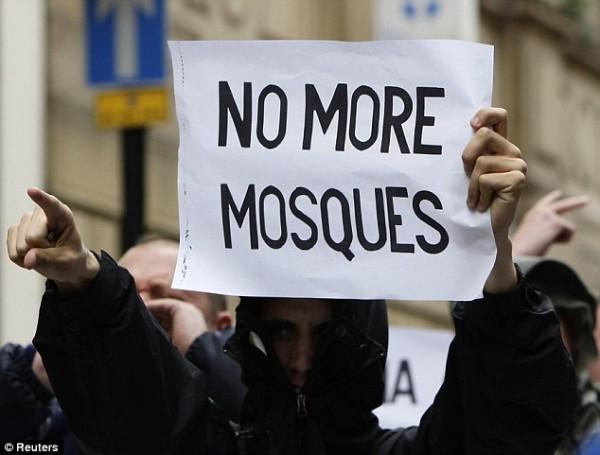 Canada has its own history of policies that promote Islamophobia. For example, the Harper era was riddled with policies that target Muslims, such as the “Zero Tolerance for Barbaric Cultural Practices Act,” Security Certificates (involving secret evidence and trials), the Anti-Terrorism Act and the proposed niqab ban at citizenship ceremonies. Many of these policies still exist, however, there is no longer a niqab ban at citizenship ceremonies and Senate has passed a Bill to remove the language “barbaric” from the “Barbaric Cultural Practices Act.”

Québec’s policies, such as Bill 94 banning the niqab from public and civic spaces and the Charter of Values, also contributed to this breeding ground of Islamophobic fear and white angst.

The breeding grounds of white nationalism and xenophobia are rife online. Stepping out of the shadows of internet chat rooms and congregating openly through public rallies across Canada over the past two years, the presence of white supremacist nationalism is gaining renewed impetus. There are approximately 100 white supremacist groups operating in Canada. The Canada Border Services Agency found that “right-wing ideology” in Alberta is growing.

Police are investigating members of an anti-Islam group reportedly having ties to (white supremacist groups) “The Clann Northern Alberta Infidel Division” and “Wolves of Odin” who confronted worshippers at Canada’s first mosque, Al-Rashid Mosque in Edmonton last week. They were reported to have been “scouting” the premises and harassing community members in the parking lot.

Also last week, three men and a high school student were arrested in upstate New York for planning attacks against a Muslim community in Islamberg. They were found to be in possession of numerous guns and explosive devices. Interestingly they were described as “former Boy Scouts” in the news report. The “Boy Scout” narrative is an example of “white exceptionalism” where white assailants are seen as a “few bad apples” spoiling the bunch. This exceptionalism allows white people to be seen as individuals and not members of their group.

Muslim or other racialised groups will always bear the collective guilt and responsibility for actions committed (or alleged). For example, the recent RCMP arrests of two Muslim men on alleged terror charges in Kingston, Ont. led to Conservative leader Andrew Scheer calling for tighter controls on refugees to Canada.

Responses to the tragedy

The report following the Parliamentary hearings on Motion 103 (a non-binding motion asking the Canadian government to condemn Islamophobia) and systemic racism largely sidelined the issue of Islamophobia which was the original impetus for this inquiry following the Québec shootings. Out of 30 recommendations, only one mentions Islamophobia as part of a generic statement condemning systemic racism and religious discrimination. 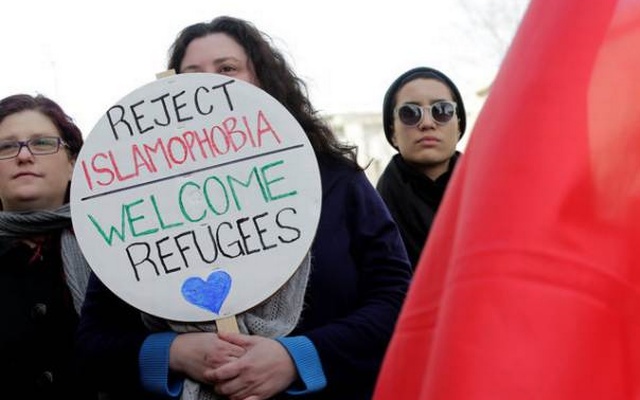 Moreover Pablo Rodriguez, Minister of Canadian Heritage and Multiculturalism declared: “systemic racism” was “not a part of (his) vocabulary.” Such a comment means that the problem of systemic oppression is being reduced to an individual concern which conveniently absolves the state and its institutions from being complicit in promoting racism, religious discrimination and Islamophobia.

Despite these disappointing developments, the survivors of the Québec City shooting have joined survivors of the Montréal Polytechnique massacre in 1989 in raising awareness of gun violence. The heroic and selfless actions of Aymen Derbali who was paralysed after trying to stop the shooter and saved countless lives should serve to dislodge the destructive stereotypes of “radical” Muslims in conflict with Canadian values, but his sacrifice also remains as a mere footnote to this tragedy.

Muslim groups across the country have called for January 29 to be designated as a National Day of Remembrance and Action on Islamophobia. Vigils will be held across Canada bringing together people of conscience and faith. These acts of solidarity will ensure that the lessons learned from this tragedy will not be forgotten.