Under Erdogan, Turkey Is Going the Way Pakistan Did With Zia-Ul-Haq

Turkey's is in a downward spiral. The sweeping crackdowns and increased religious polarisation will feed resentment and hatred, which in turn will to lead to more violence and subsequently further crackdowns. 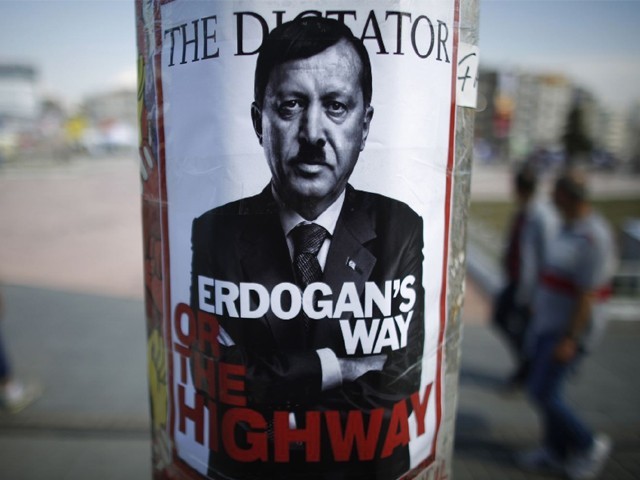 Less than a decade ago, Turkey represented a model of what the West would call a modern Muslim republic – a booming economy, a well-established secular polity and a steadily maturing democracy with a decidedly Western orientation. The long aspired EU membership seemed on the anvil, which, along with its NATO membership, would fulfil the Kemalist dream of “winning a secure place for Turkey in the Western constellation”.

At the other end of the pole, another Muslim country, Pakistan, represented just the opposite – atavistic, paranoid, torn apart by terror and sectarian conflict, relegated to the position of a global pariah and fast approaching the status of a failed state. The state of Pakistan was a direct outcome of the disastrous policies followed by General Zia-ul-Haq in the 1980s. A triad of policy patronage and export of terror, top-down Islamisation of society and fierce authoritarianism continues to have an impact on every problem tearing apart Pakistan – from sectarian violence and terrorism to human rights violations.

Facing economic slowdown at home, and a devastating civil war in its neighbourhood, Turkey’s President Recep Tayyip Erdogan pursued the Zia triad of policy-patronage of terror, Islamisation, and authoritarianism, with catastrophic consequences. The blowback has been immediate and increasingly bloody. Today, Turkey is marred by routine terrorist attacks. Its democracy is at the precipice of being upended, its society is violently polarised, its secularism frayed, fundamental rights and liberties cast by the wayside, and the general atmosphere marked by gloom, fear and uncertainty.

Although comparisons between Zia and Erdogan seem absurd, given that Zia was a military dictator and Erdogan holds power democratically, they should not be dismissed as out of hand. Military dictators in Pakistan hold on to power by cultivating popular legitimacy, which Zia courted using a combination of Islam and aggressive nationalism, not unlike Erdogan. Moreover, while Erdogan might be a democrat, his fidelity seems to be with an illiberal form of democracy, ready to forsake rule of law and fundamental liberties in the exercise of raw power.

An Islamist strongman, with dreams of regional dominance with active backing from the US – aids, arms and provides safe passage to foreign jihadists in order to overthrow the neighbouring regime in favour of a more pliable one – it all sounds so familiar. Erdogan’s Turkey has played the role in Syria that Zia’s Pakistan had pioneered in Afghanistan.

If Afghanistan was the playground for the first generation of global jihadists, who went on to form the al Qaeda, the next generation bred and thrived in the bloody battlefields of Syria. Syria became the magnet that drew idealistic, martyrdom-aspiring radical youth from North Africa, Europe, Central Asia and the Middle East to wage their apocalyptic jihad against the enemies of Sunni Islam.

The earlier generation of global jihadists used to assemble in Peshawar, where they would be trained, armed and funded by the ISI before streaming into the battlefields of Afghanistan. The new generation of global jihadists, attracted to the ideology of ISIS, flew into Istanbul or Adana airport, were often armed and trained at military bases by Turkish security agencies, before heading to the southern cities of Hatay and Gaziantep, staging points for their entry into the Syrian battlefields.

Apart from aiding foreign fighters, Turkey under Erdogan also followed a policy of benign neglect towards ISIS recruitment centres in various Turkish cities, which operated with the full knowledge of the police and security agencies. This is a toned-down version of the Zia scheme of state patronage to radical seminaries and terrorist networks which would provide a constant supply of manpower to hotspots of jihad in India and Afghanistan.

One such cell in the south-eastern city of Adiyaman is linked to five ISIS attacks inside Turkey since mid-2015. Relations between Turkey and ISIS turned hostile after Turkey, at the urging of US President Barack Obama, allowed the US to use its Incirlik air base for operations against ISIS. Meanwhile, the peace process with the Kurds (PKK) was also scuppered in mid-2015 owing largely to Turkish air-strikes in northern Iraq against the PKK’s Kurdish affiliates in that country. The strikes reflected growing concerns in the Turkish establishment about Kurdish expansionism in the power vacuum in Iraq and Syria and its implications for Turkey. Thus, on the domestic front, Turkey got embroiled against two powerful militant groups. 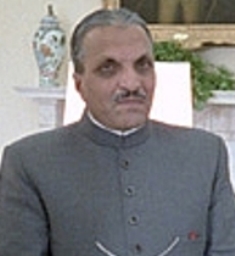 The second part of Zia’s policies was Islamisation of state and society. He established the federal shariat court to examine substantial parts of the legal system on the basis of Islam. He promulgated the so-called Hudood ordinances, which decreed punishments such as amputation of limbs, public lashings and stoning to death. Pakistan’s much-abused blasphemy laws, which have often been misused to whip up public frenzy and target minorities, were introduced by Zia.

Erdogan, and his Justice and Development Party (AKP), are programmatically disposed to reverse the secularisation imposed by Kemal Ataturk. Patrick Cockburn, writing for the Independent, notes that, “As the AKP has tightened its grip on power, it has chipped away at the secular institutions of the state and encouraged the Islamisation of education and social behaviour as well as seeking to cull non-Islamist officials and officers.” The attack on the Istanbul nightclub on New Year’s eve occurred amidst a shrill debate on whether celebrating New Year’s eve is consistent with Islam. Government-appointed clerics and newspapers loyal to Erdogan contended that New Year’s eve celebrations belonged to “other cultures and other worlds”.

The last pole of the triad tying Zia and Erdogan together is their authoritarian impulse. Zia banned political parties, student and trade unions, jailed journalists and political opponents, and amended the constitution to weaken parliament and give himself greater executive powers. Like Zia, Erdogan has also indicated that he will push through his long-desired overhaul of the constitution to move from a parliamentary system towards an executive presidency based on Islamic values, having already far out-stepped the largely ceremonial role of his office.

The failed coup in July 2016, allegedly perpetrated by the followers of the exiled cleric Fethullah Gulen, provided Erdogan with the perfect pretext to let loose his authoritarian impulse and launch sweeping crackdowns on his political opponents. In the ensuing purges of Turkish society, many thousands of soldiers, police officers, bureaucrats and university professors have been removed from their jobs and often also arrested. Close to a hundred journalists have been arrested and scores of newspapers forced to shut shop. The fear and uncertainty caused by the successive terrorist attacks has further legitimised these authoritarian crackdowns, with the public willing to overlook the blatant undermining of the rule of law and disregard for basic liberties in favour of the allure of the strongman who can guarantee them security.

Turkish democracy and society have entered a downward spiral. The sweeping crackdowns and increased religious polarisation will further feed resentment and hatred, which will lead to more violence and subsequently further crackdowns. George Santayana wrote that those who don’t learn from history are condemned to repeat it. The state of Pakistan provides a cautionary tale for Turkey on how following the Zia triad of policy-patronage can devastate a country and lead it into an irreversible spiral of doom.

Asim Ali is a masters student of development studies at the Tata Institute of Social Sciences, Mumbai.