After the Iran oil waiver controversy, it has become even more important for Washington to opt for less damaging diplomatic means to resolve its president's trade concerns. 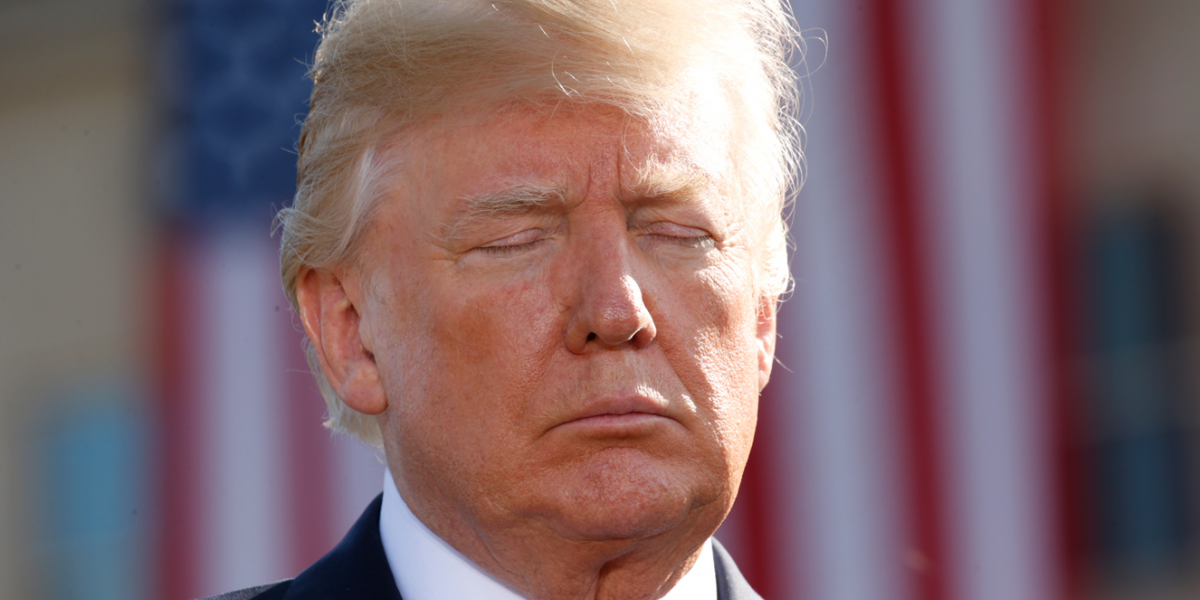 The relationship between India and the US has, for some time, been delicate on the trade front.

On Monday, the Trump administration removed the waiver it had granted India to buy Iranian oil, a decision that will send our local fuel prices northwards. The US wishes to freeze the Iranian economy because it fears that Iran is continuing its nuclear weapons programme.

Be that as it may, the refusal to renew the Iran waiver comes on the heels of the decision to stop benefits under the Generalised System of Preferences to India – a decision that will harm the American economy much more than it will affect New Delhi.

The India situation is merely a microcosm of how the US’s economy is suffering due to Trump’s tariff wars with countries like China and others.

The battle started with President Donald Trump imposing tariffs on a series of imports from China, other than on Canada, Mexico and the European Union. The US alleged that Beijing and these countries had been exploiting its markets without being reciprocal. The repercussions ought to be massive when such economic powerhouses exchange sudden or retaliatory tariffs worth “billions of dollars” on each other’s products. In the process, the US harms its own economy substantially, but that fact has not really filtered into the policy calculus.

If America has to be great again, as Trump has promised, then it would need to continue its open market policies and avoid getting into all sorts of trade and trade-related skirmishes.

Other than the domestic impact, the negative consequences are also global because every economy is tied in with the other in an interdependent world. In 2018, global output was impacted negatively by a 3.6% change, while slated to decline further by 3.3% and 3.6% in 2019 and 2020, respectively. Businesses and policy makers worldwide are bewildered by these measures. Supply and value chains are disrupted, productivity has come down and profit margins have been shrinking.

This is not to say that Trump’s intentions were unfair but that the way he has gone about in redressing America’s grievances is quite wrong. It has not only put major economies of the world at risk – the impact on the US’s economy when its national debt stands at $21 trillion could be very serious.

Was it a failure on the part of the Trump administration to understand and preempt the fact that US tariffs would invite retaliatory action and other counter-moves? And that these kind of trade policies, among other things, might aggravate a political backlash against the government? 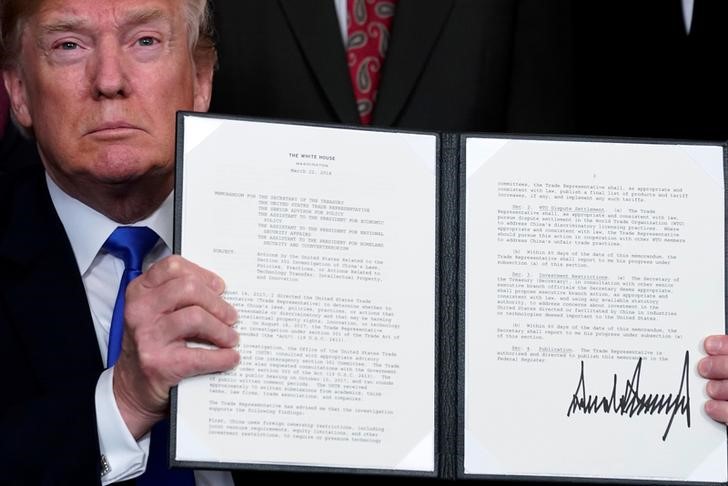 US President Donald Trump holds a signed memorandum on intellectual property tariffs on high-tech goods from China, at the White House in Washington on March 22, 2018. Credit: Reuters/Jonathan Ernst/Files

In fact, it is the US businesses and enterprises with global production and supply linkages that are forced to pay higher input costs or manoeuvre through disruptions. Also, US consumers are forced to buy products at inflated rates. According to some pundits, last year, tariffs and counter tariffs dented the savings of American consumers to the tune of at least $6.9 billion.

Reflections from US mid-term elections

In a previous article for The Wire, the authors cautioned that the public mandate of the US mid-term elections last year could act as a referendum on Trump’s economic policies. Seeing Democrats take control of the House of Representatives was a setback for Trump and his fellow Republicans.

Many of the same set of voters who were earlier compelled by Trump’s call for great power surge turned him down. Voters who swung away from Trump’s electoral base during the mid-term elections comprised farmers, consumers, and manufacturers, among others. This group of voters is more concerned about immediate challenges from high tariffs than promised gains in the long term.

Above all, the mid-term mandate seemed to disapprove protectionism over a liberal economic order wherein businesses and consumers interact with each other on a global scale. This order has been led by the US over the past several decades. The US being a birthplace of several Fortune 500 companies with transnational and multinational linkages is a testimony to this fact.

Furthermore, an essential economic rationale of globalisation is about sourcing quality inputs at competitive rates from across the world for domestic value addition, supply or sale and/or exports of final products. From a consumer’s angle, it is about increasing their purchasing power by providing better access to varieties and high quality imports. And, it is the US who has been an ardent proponent of increasing consumer and producer welfare through international trade.

But in current times, Trump seems to be defying these principles.

The result is evident. Trade irritants are deriding American businesses of their competitive edge. US-based multinational companies are struggling to neutralise the impact of trade irritants by re-orienting their sourcing strategies or shifting their bases to a third country. Furthermore, in multiple cases, huge sums of investments planned in a pre-trade war scenario are either scrapped or delayed until the on-going trade imbroglio is over.

Be it large, small or medium enterprises, farmers, consumers, manufactures, ranchers and technology companies, all in the US have experienced a blow to their pockets. More than 2.6 million export dependent American jobs are at stake. The situation is even worse in case of small and medium enterprises. They have no option but to either shut or increase their production costs and pass it on to American consumers.

The American business community is aggrieved and annoyed with this fact. They hold the view that imposition of tariffs to demand free and fair deals with “countries in conflict’” is proving to be counter-productive to American economic interests.

Also, farmers producing soybeans, corn, apples, wheat, among others are badly affected. They feel resentful of their farm produces, losing access to markets in China and other countries as a result of counter tariffs. Farm distress is further exacerbated as recent floods from the Mississippi delta to the Dakotas have submerged the fields of Midwestern farmers. 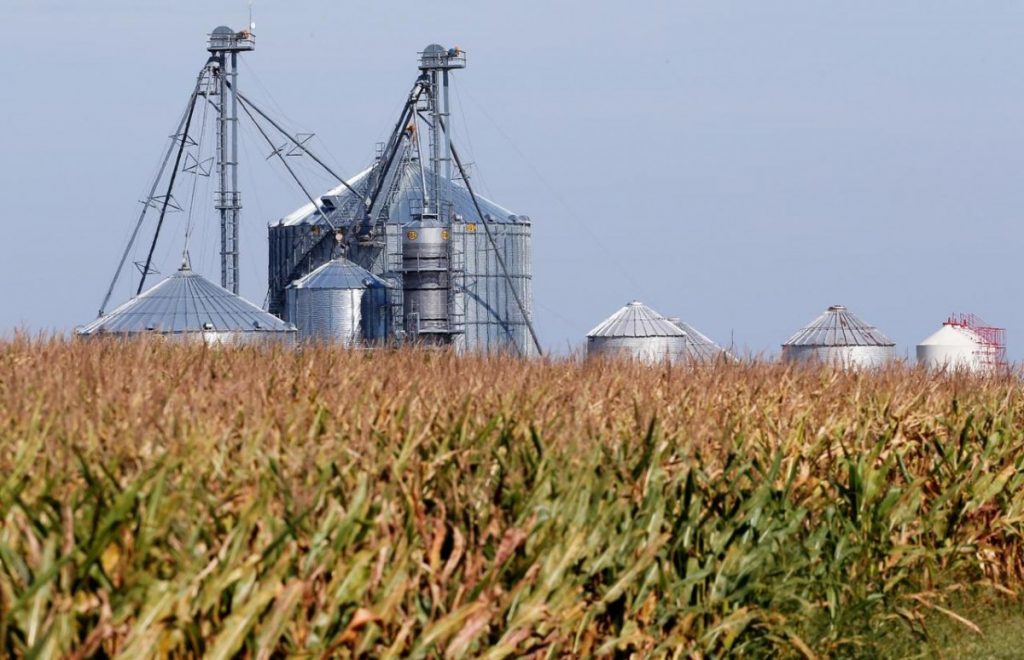 Farm distress is further exacerbated as recent floods from the Mississippi delta to the Dakotas have submerged the fields of Midwestern farmers. Credit: Reuters

President Trump’s claims that “some countries particularly China has exploited US markets in an unreasonable, non-reciprocal and unfair manner” seems fair. But the Trump administration should assess how far imposing and attracting counter tariffs from China and others has undermined the interests of American businesses, enterprises and consumers before it is battered further.

However, it is a great sign that the US and China are in the course of working out a deal with the latter willing to address US concerns around industrial subsidies, intellectual property rights and forced technology transfer from foreign companies, among others.

But continuing the same approach of threatening and imposing tariffs on countries to demand free and fair deals could prove to be disastrous. For example, Trump threatened the European Union with imposition of $11 billion worth of auto tariffs if the EU does not forgo its manufacturing subsidies for aircraft produced by Airbus. If this threat materialises, it could derail the prospects of global economic recovery that is already slow on output.

Gita Gopinath, the chief economist at the International Monetary Fund, has recently stated that the current global economic atmosphere is experiencing a delicate moment. She cautioned that there are many downside risks including proposed US tariffs on auto parts. If rolled out, it will drastically exacerbate the slowdown of global economic growth.

He should opt for other less damaging diplomatic means to resolve his concerns around non-reciprocal, unreasonable and unfair market access with the alleged countries.

Pradeep S. Mehta and Prashant Sharma work for CUTS International, a global public policy research and advocacy group with centres in Washington DC, USA and India among other global capitals.