A watchdog panel asked the White House to explain reports why Trump dealt with a sensitive foreign policy issue in view of club guests. 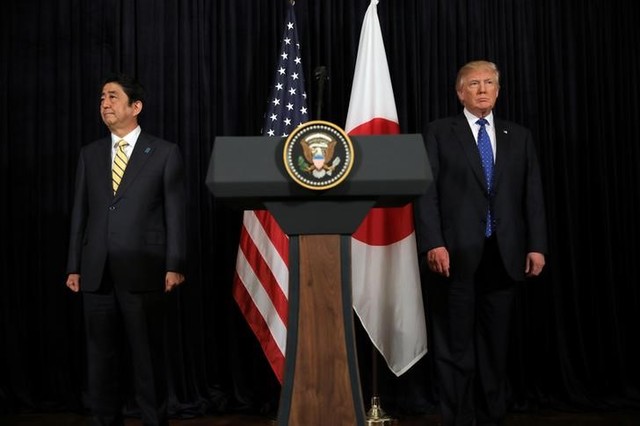 Washington DC: President Donald Trump’s handling of US security information at his Florida resort came under congressional scrutiny on Tuesday as a watchdog panel asked the White House to explain reports that Trump dealt with a sensitive foreign policy issue in view of club guests.

Representative Jason Chaffetz, head of the House of Representatives oversight committee, sent a letter asking the White House for details on how Trump and Japanese Prime Minister Shinzo Abe responded to a North Korean ballistic missile test while visiting the Mar-a-Lago golf resort over the weekend.

Photos taken by private guests in the club’s public dining area showed Trump and Abe conferring and looking at documents while surrounded by their aides following Pyongyang’s missile launch.

“Separately, one Mar-a-Lago guest posted to his Facebook page a photograph with a man described to be the holder of the ‘nuclear football,'” he added.

White House spokesman Sean Spicer told reporters on Tuesday that Trump had been briefed on the North Korea situation with his national security team at a Sensitive Compartmented Information Facility, or SCIF, in Mar-a-Lago before and after the dinner.

Spicer said a photo was taken later at the dinner Trump attended, and “everyone jumped to nefarious conclusions” about what may or may not have been discussed.

“There is a SCIF there. It was utilized on two occasions that evening to convey to the president by his national security team the situation in North Korea,” Spicer said.

While recognising Spicer had denied any classified material was present in the dining room, Chaffetz said: “Discussions with foreign leaders regarding international missile tests, and documents used to support those discussions, are presumptively sensitive.”

Chaffetz asked Priebus to explain to the committee whether security protocols were followed during the discussions, to identify which documents were reviewed at the dinner table in view of the guests and to explain whether any classified material was discussed in the resort’s common areas.

He also asked for details on how the guests at Mar-a-Lago are vetted to ensure they are not foreign agents and to describe what security protocols are in place at the resort besides the SCIF.