Trump imposed tariffs on $250 billion of Chinese imports and is threatening to extend those to another $300 billion of goods, effectively everything China exports to the US. 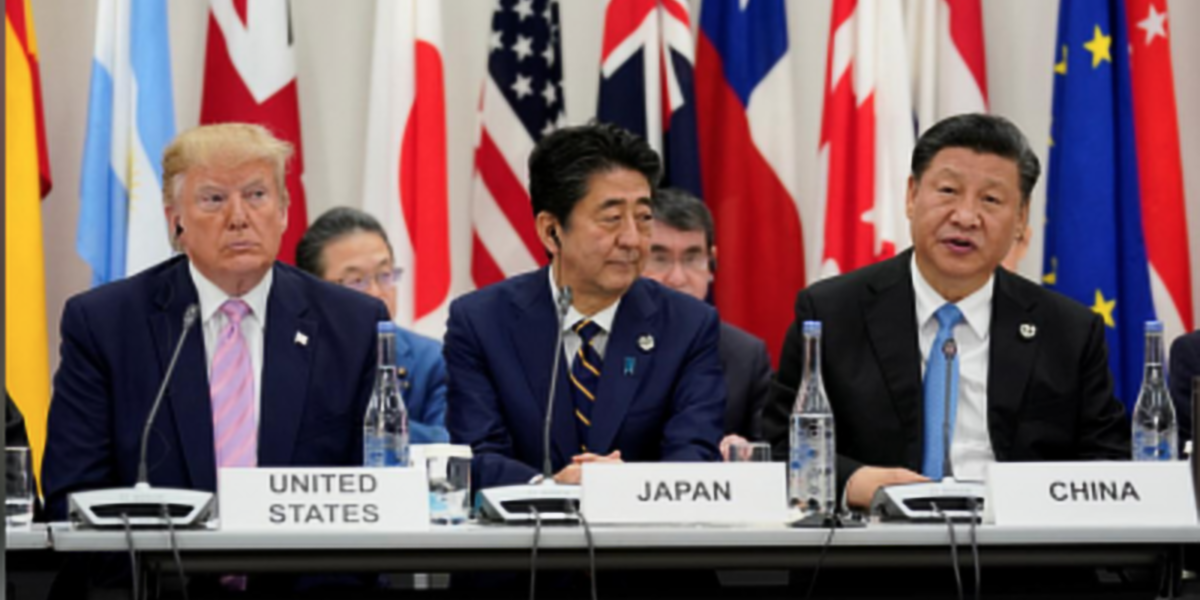 Osaka: US President Donald Trump on Friday said he had not promised Chinese President Xi Jinping a reprieve from the escalating tariffs in a trade war that is casting a shadow on global growth, but felt that their talks planned for the next day would be productive.

Beijing said it hoped Washington would meet them halfway to settle a bitter trade feud that, along with signs of a global slowdown, has loomed over the current two-day Group of 20 summit in Japan’s western city of Osaka.

China and the US are locked in a trade dispute, and expectations of Trump and Xi easing tensions when they meet have dimmed.

“At a minimum, it will be productive. We’ll see what happens and what comes out of it,” Trump told reporters after a series of meetings with leaders where he made it clear that his priority was two-way trade deals to boost the US economy.

When asked, however, if he had promised Xi a six-month reprieve on imposing new tariffs on a $300 billion list of nearly all remaining Chinese imports, Trump said “No”.

Trump imposed tariffs on $250 billion of Chinese imports and is threatening to extend those to another $300 billion of goods, effectively everything China exports to the US.

China has retaliated with tariffs on US imports. Asian shares stumbled, and gold slipped on Friday, as doubts grew that the highly anticipated meeting of the leaders of the world’s two biggest economies would bring progress in resolving their dispute.

In a Beijing news briefing, foreign ministry spokesman Geng Shuang said, “We hope the US side can meet China halfway and work hard together to ensure the meeting achieves positive results. This accords with the interests of both countries and is what the international community is hoping for.”

Trump’s administration also has trade feuds with India and Japan, whose leaders he met with on Friday.

“I think we’re going to have some very big things to announce. The very big trade deal,” Trump said before he began talks with Indian Prime Minister Narendra Modi, but gave no details.

A White House official said the two leaders had called on their teams to work on mutually beneficial trade solutions.

The US has pressed its allies to shun Huawei in their fifth generation (5G) networks on security grounds and has also suggested it could be a factor in a trade deal with Xi. “We actually sell Huawei many of its parts,” Trump said at his meeting with Modi. “So we’re going to be discussing that and also how India fits in. And we’ll be discussing Huawei.”

Several leaders were warned that the growing trade friction was threatening global growth.

“The trade relations between China and the United States are difficult, they are contributing to the slowdown of the global economy,” European Commission president Jean-Claude Juncker told a news conference.

“All this is destroying the global trade order … This also impacts common interests of our countries, overshadows peace and stability worldwide,” Xi told a gathering of leaders of the BRICS grouping on the sidelines of the G20 meet.

Modi, at the same meeting, called for a focus on reforming the World Trade Organisation (WTO) and Russian President Vladimir Putin decried what he called efforts to destroy the Geneva-based body.

“We consider counter-productive any attempts to destroy WTO or to lower its role,” Putin said.

The situation of the global economy was worrying, as trade felt the effect of “protectionism (and) politically motivated restrictions”, he added.

Russian economy minister Maxim Oreshkin stated that there was no agreement on how to reform the WTO system, whose rules Washington believes are outdated, though a Japanese official said G20 members agreed on the importance of reform. Russian President Vladimir Putin and US President Donald Trump attend a meeting on the sidelines of the G20 summit in Osaka. Photo: Reuters

The G20 leaders were also struggling to find common ground on issues such as information security, climate change and migration, said Svetlana Lukash, a Russian official helping coordinate the meetings.

Trump, who often castigates trading partners on Twitter and at raucous political rallies, put a positive spin on trade developments with Japan.

“I appreciate the fact that you’re sending many automobile companies into Michigan and Ohio and Pennsylvania and North Carolina,” Trump told Japanese Prime Minister Shinzo Abe, listing the US states which are key to his re-election effort next year.

Japan and the US are engaged in difficult trade talks as Trump’s administration looks to cut the US trade deficit. 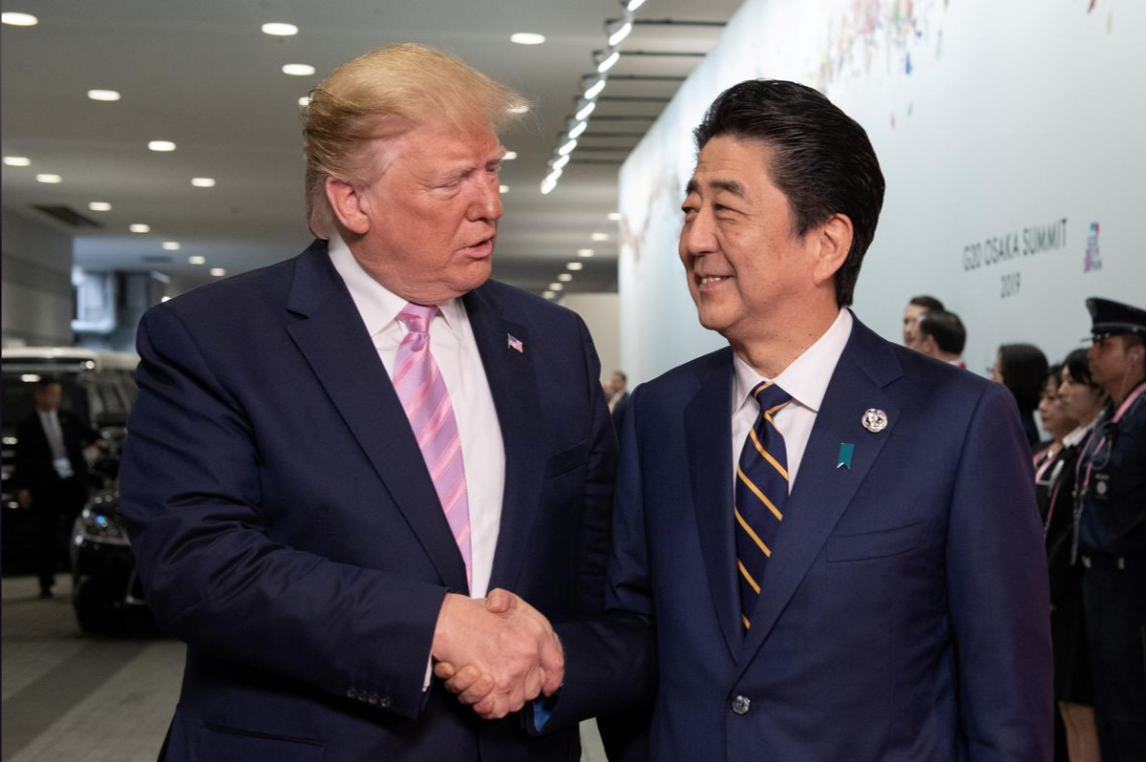 Abe called his frequent meetings with Trump “proof of the strong US-Japan alliance”, days after the US leader renewed his criticism of the unbalanced US-Japan security treaty.

Abe later urged G20 leaders to send a strong message in support of free and fair trade, warning that trade and geopolitical tensions were rising and downside risks to the global economy prevailed.

“Today, I want to discuss with leaders measures to further enhance momentum towards reform in WTO,” he said.

Japanese and US officials will meet early next month to accelerate progress toward a trade deal but haven’t discussed a target date, economy minister Toshimitsu Motegi told reporters after meeting US trade representative Robert Lighthizer.