In 2016, Trump also refused to commit to accepting the election results in his contest against the Democratic candidate, Hillary Clinton, which she characterised as an attack on democracy. 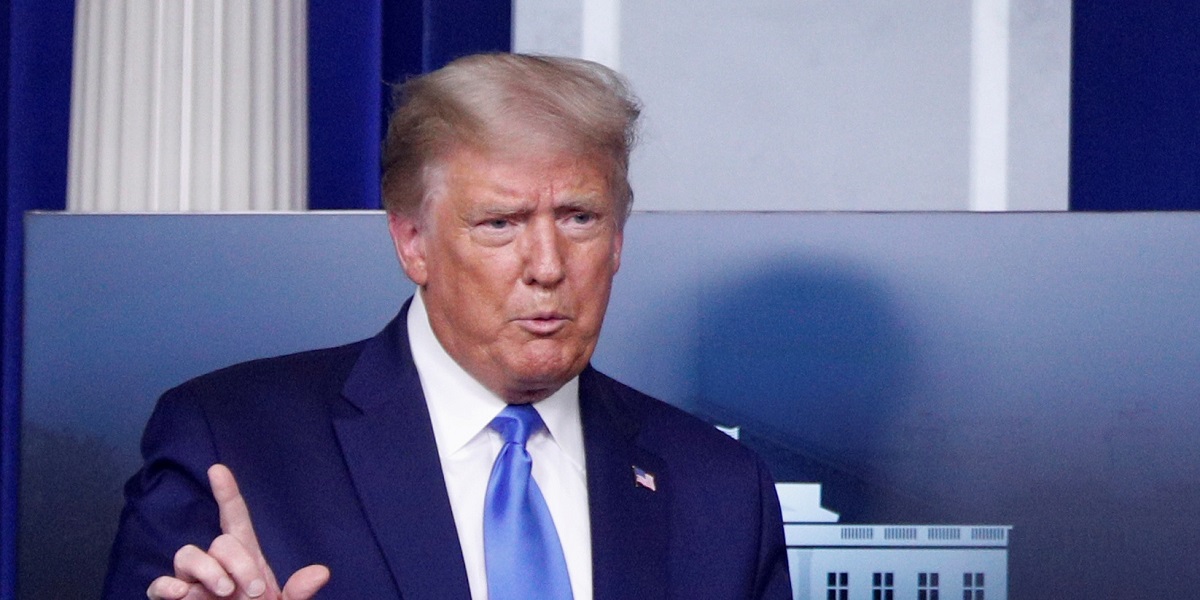 US President Donald Trump speaks to reporters during a news conference in the Brady Press Briefing Room at the White House in Washington, US, September 23, 2020. Photo: REUTERS/Tom Brenner

Washington: US President Donald Trump has refused to commit to a peaceful transfer of power if he loses the November 3, 2020, election to his Democratic rival Joe Biden.

Trump, a Republican, also said he believed the election result could end up in the US Supreme Court, as he again cast doubt on postal voting. Many American states are encouraging mail-in voting, citing the need to keep Americans safe from the coronavirus pandemic that has killed over two lakh people in the country.

“Well, we’re going to have to see what happens,” Trump said when asked whether he would commit to a peaceful transition, one of the cornerstones of American democracy.

“I have been complaining very strongly about the ballots, and the ballots are a disaster…,” Trump told reporters at a White House news conference on Wednesday when asked about a peaceful transition of power after the presidential polls in November irrespective of the outcome.

Not satisfied with Trump’s answer, the reporter again asked. “Do you commit to making sure that there is a peaceful transferal of power?”

Trump exuded confidence that there will be a continuation of power.

“We want to get rid of the ballots and we will have a very peaceful — there will not be a transfer. Frankly, there will be a continuation. The ballots are out of control, you know it, and you know who knows it better than anybody else? The Democrats know it better than anybody else,” the president said as he refused to entertain any other question from the same journalist.

“Go ahead. Please go ahead. Yes, go ahead. You asked a question. Go ahead please,” he said.

Trump’s reluctance to commit to a peaceful transition was rooted in what he said were concerns about ballots, extending his assertion that widespread mail-in voting is rife with fraud.

In 2016, Trump also refused to commit to accepting the election results in his contest against the Democratic candidate, Hillary Clinton, which she characterised as an attack on democracy.

Trump was eventually declared the winner, although he lost the popular vote by three million, an outcome he still questioned. Meanwhile, Senator Mitt Romney, a Utah Republican who has stood at odds with the President in the past, slammed Trump’s remarks.

“Fundamental to democracy is the peaceful transition of power; without that, there is Belarus,” Romney tweeted.

“Any suggestion that a President might not respect this Constitutional guarantee is both unthinkable and unacceptable,” he said.

Fundamental to democracy is the peaceful transition of power; without that, there is Belarus. Any suggestion that a president might not respect this Constitutional guarantee is both unthinkable and unacceptable.

Trump has previously said his rival Biden would only win in November if the election is “rigged,” and suggested earlier in the day it was likely the results of the election would be contested all the way to the Supreme Court. Several national opinion polls currently show Trump trailing Biden, though surveys of electoral battleground states are tighter.