The decision is likely to raise the risk of conflict in the Middle East, upset America's European allies and disrupt global oil supplies. 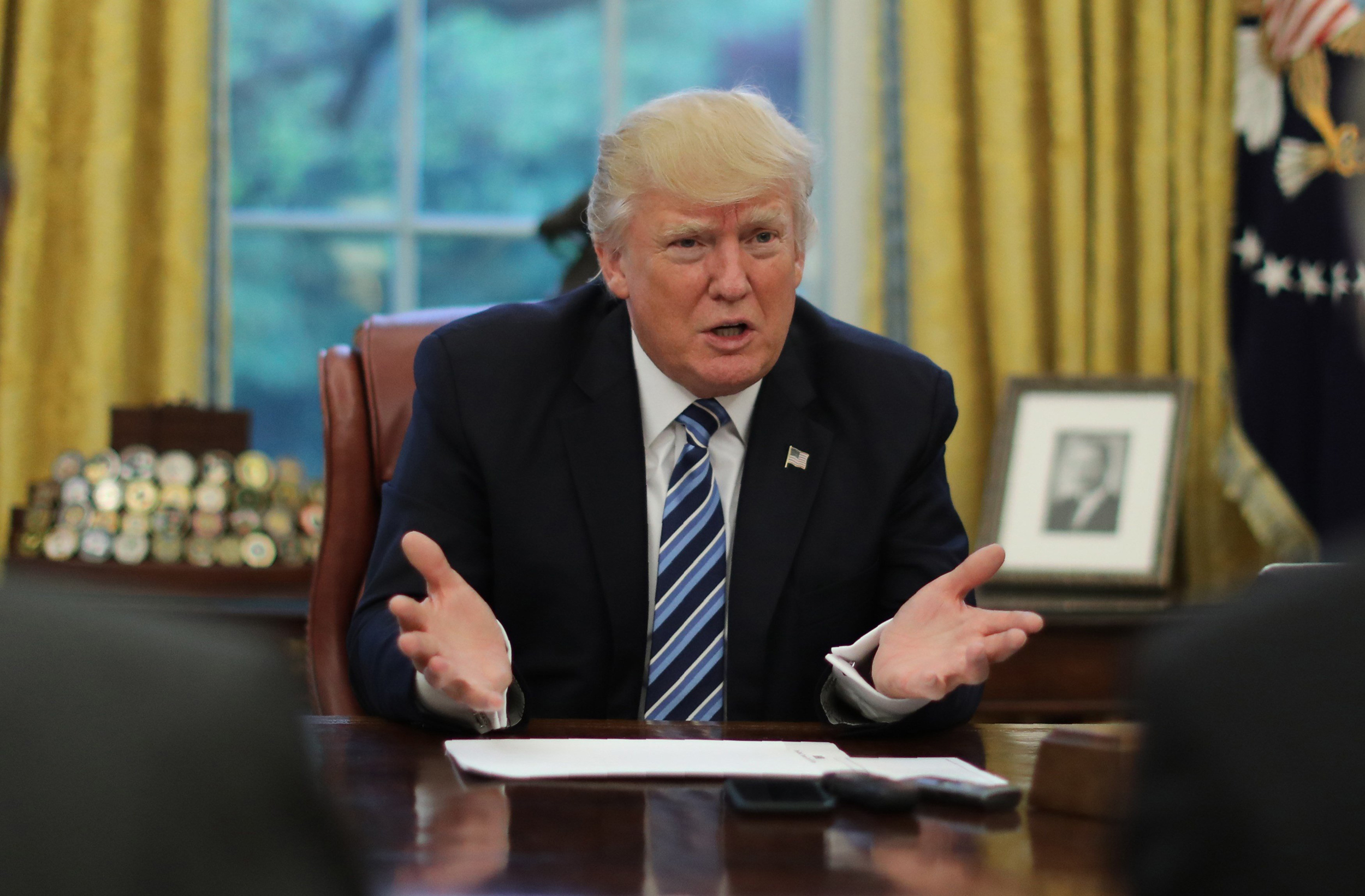 Washington: President Donald Trump on Tuesday pulled the United States out of an international nuclear deal with Iran in a step that will raise the risk of conflict in the Middle East, upset America’s European allies and bring uncertainty to global oil supplies.

Trump, speaking in a televised address from the White House, said he would reimpose economic sanctions on Iran.

“This was a horrible one-sided deal that should have never, ever been made,” Trump said. “It didn’t bring calm. It didn’t bring peace. And it never will.”

The 2015 deal, worked out by the United States, five other international powers and Iran, eased sanctions on Iran in exchange for the country limiting its nuclear programme. The pact is seen by many in the West as a way to prevent Iran from obtaining a nuclear bomb.

But Trump complains that the agreement, the signature foreign policy achievement of his predecessor Barack Obama, does not address Iran’s ballistic missile programme, its nuclear activities beyond 2025 nor its role in conflicts in Yemen and Syria.

He also said the agreement did not prevent Iran from cheating and continuing to pursue nuclear weapons.

“It is clear to me that we cannot prevent an Iranian nuclear bomb under the decaying and rotten structure of the current agreement,” he said. “The Iran deal is defective at its core.”

Trump said he was willing to negotiate a new deal with Iran, but Tehran already has ruled that out and threatened unspecified retaliation if Washington pulled out.

Iranian President Hassan Rouhani said on Tuesday that Iran will remain in the nuclear deal without Washington. 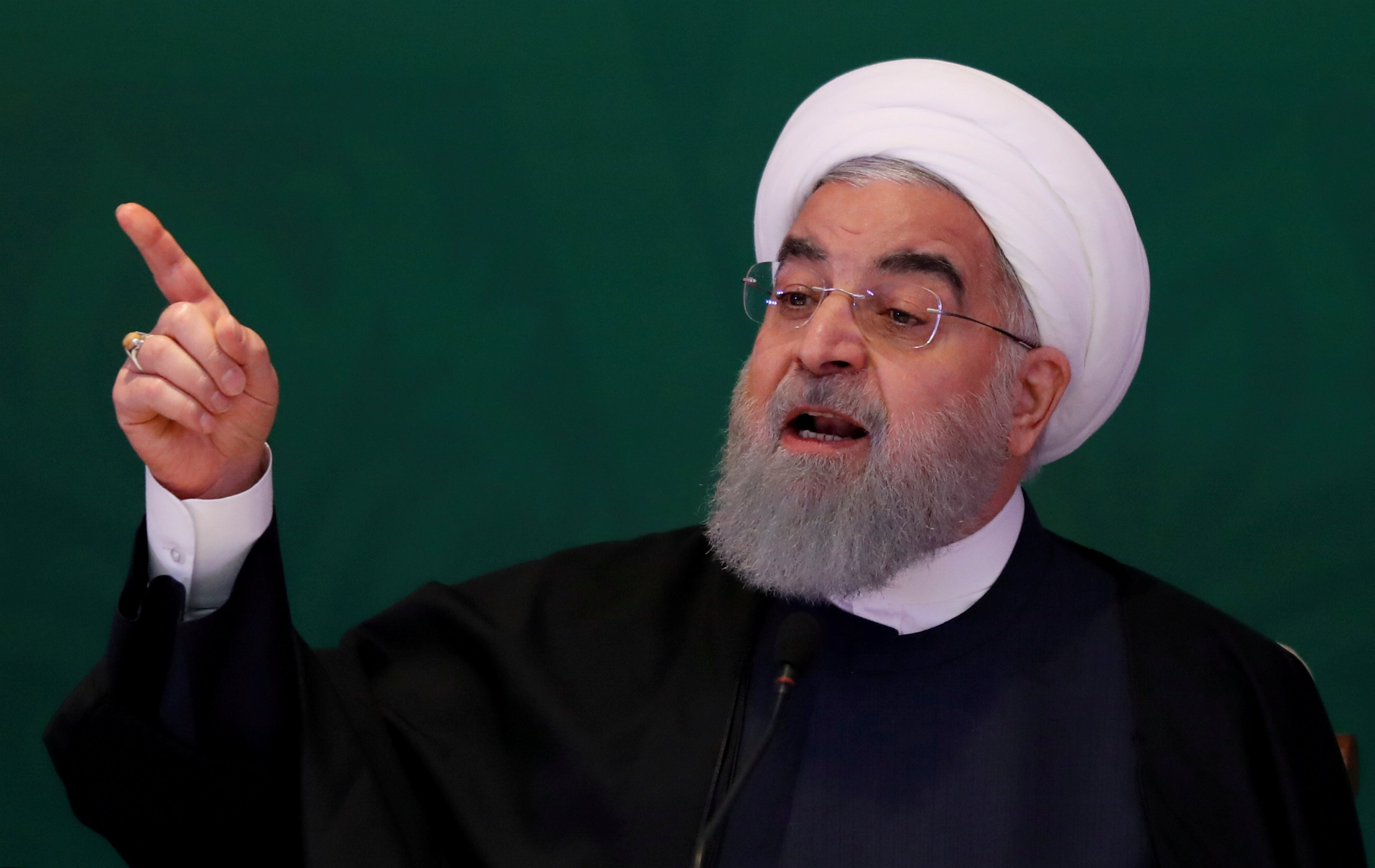 Abandoning the Iran pact is part of Trump’s high-stakes “America First” policy, which has seen the United States announce its withdrawal last year from the Paris climate accord and come close to a trade war with China.

Trump has attempted to erase major parts of Democrat Obama’s legacy and last year withdrew from the 12-nation Trans-Pacific Partnership trade deal the Paris climate accord.

Renewing sanctions would make it much harder for Iran to sell its oil abroad or use the international banking system.

Oil prices recouped some losses after Trump’s announcement, in a volatile session in which prices slumped as much as 4% earlier in the day.

Trump’s decision is a snub to European allies such as France, Britain and Germany who also are part of the Iran deal and tried hard to convince the US president to preserve it. The Europeans must now scramble to decide their own course of action with Tehran.

China and Russia also are signatories to the Iran deal.

Trump did not provide details of what he described as the “highest level of economic sanctions” that he is reimposing on Iran.

According to the US Treasury, sanctions related to Iran’s energy, auto and financial sectors will be reimposed in three and six months.

Iran’s growing military and political power in Yemen, Syria, Lebanon and Iraq worries the US, Israel and US Arab allies such as Saudi Arabia.

Israel has traded blows with Iranian forces in Syria since February, stirring concern that major escalation could be looming.

Minutes before Trump’s announcement, Israel said it had instructed local authorities in the Israeli-held Golan Heights to “unlock and ready (bomb) shelters” after identifying what the military described as “irregular activity of Iranian forces in Syria”.

The military statement said its defence systems had been deployed “and IDF (Israel Defence Force) troops are on high alert for an attack.”

Senator Bob Menendez, the top Democrat on the Foreign Relations Committee, said abandoning the Iran deal was a threat to US national security.

“With this decision President Trump is risking US national security, recklessly upending foundational partnerships with key US allies in Europe and gambling with Israel’s security,” Menendez said.