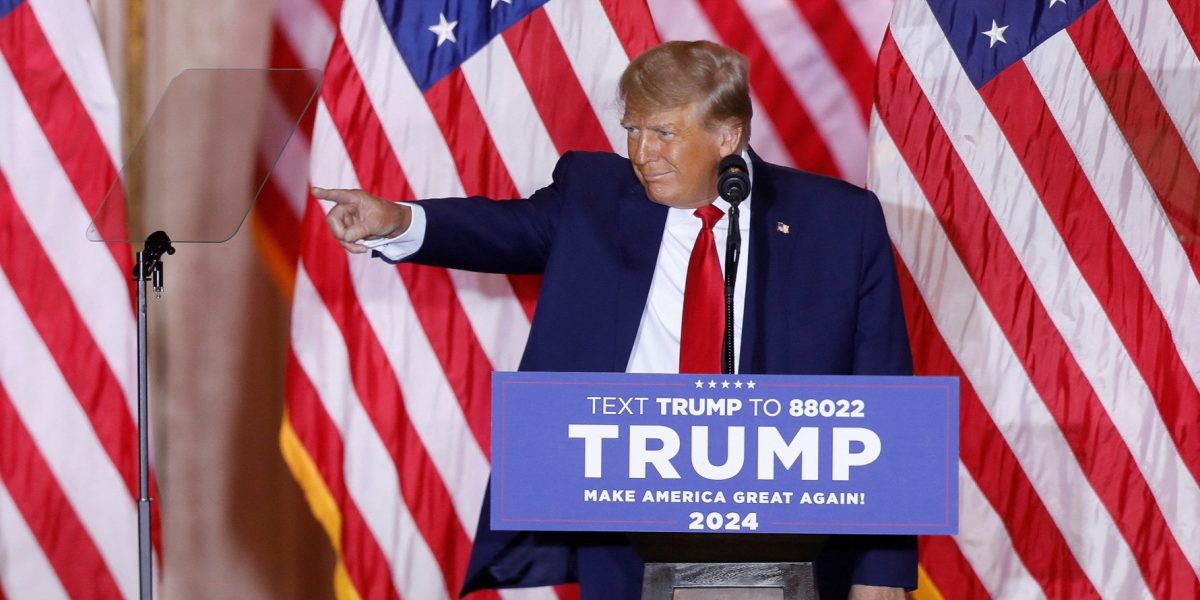 Former US President Donald Trump makes an announcement of his plans to run for president in the 2024 US presidential election at his Mar-a-Lago estate in Palm Beach, Florida, US, November 15, 2022. Photo: Reuters/Octavio Jones

A New York jury found the Trump Organisation guilty on all charges in a tax fraud trial on Tuesday.

The case is the only legal trial to arise from the Manhattan district attorney’s office’s three-year investigation of former US President Donald Trump and his business practices.

Trump himself was not charged. But he is being investigated by the US Department of Justice for his handling of sensitive government records after he left office in January 2021, as well as his alleged attempts to undo the 2020 presidential election.

On what counts was the Trump Organisation found guilty?

Two corporate entities at the organisation were convicted of 17 counts, including conspiracy charges and falsifying business records.

The company was accused of helping executives dodge personal income taxes on perks including Manhattan apartments and luxury cars.

Those benefits were “designed to keep its top executives happy and loyal,” prosecutor Joshua Steinglass told jurors during his closing argument on Friday.

Sentencing is due on January 13.

The Trump Organization could be fined up to $1.6 million (€1.53 million). Such a penalty would be a relatively small amount for the company’s size, but the conviction could complicate the deals it seeks in the future.

The Trump Organisation argued that its former chief financial officer (CFO), Allen Weisselberg, carried out the scheme for personal benefit.

Last month, Trump wrote on his Truth Social platform that his family got “no economic gain from the acts done by the executive.”

The longtime CFO already pleaded guilty to 15 counts of tax fraud and testified against the Trump organisation as part of a plea deal.

Weisselberg, 75, admitted to scheming with the company in exchange for undeclared benefits, including luxury cars, private school tuition for his grandchildren and a rent-free apartment in Manhattan.

Still, Weisselberg tried to take responsibility, saying nobody in the Trump family knew what he was doing. “It was my own personal greed that led to this,” the former president’s close friend testified.

Trump has claimed that the case was politically motivated and that it was part of a “witch hunt” against him by Democrats. He recently announced he would run for president in the next election.