"We must seek the testimony under oath of January 6th's central player," said Republican Liz Cheney, the committee's vice chair. 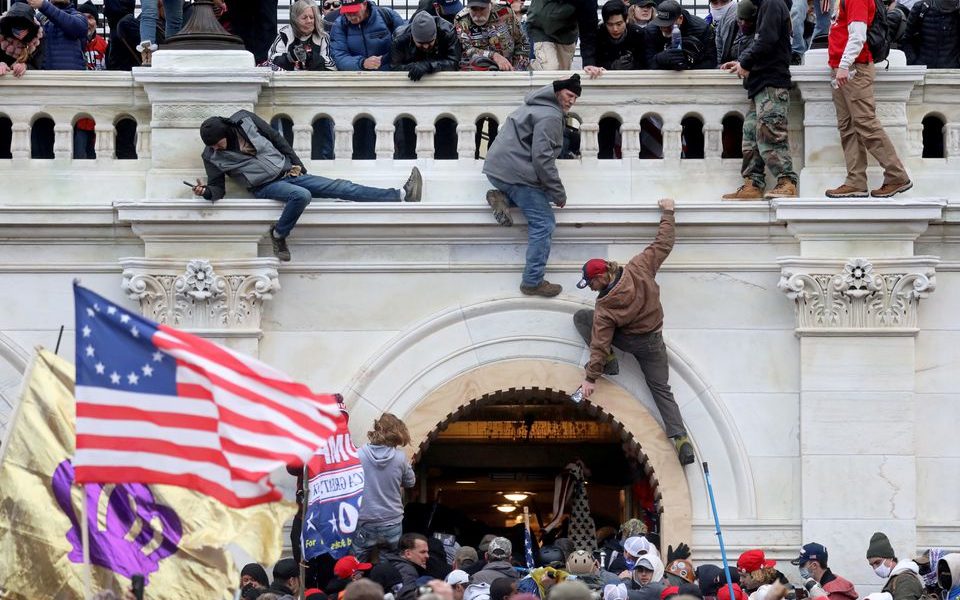 A mob of supporters of former U.S. President Donald Trump fight with members of law enforcement at a door they broke open as they storm the U.S. Capitol Building in Washington, U.S., January 6, 2021. Photo: Reuters/Leah Millis/File Photo.

“This committee will demand a full accounting to every American person of the events of January 6,” said Bennie Thompson, the chairman of the investigating House Committee. “So it is our obligation to seek Donald Trump’s testimony.”

“We must seek the testimony under oath of January 6th’s central player,” said Republican Liz Cheney, the committee’s vice chair.

“We are obligated to seek answers directly from the man who set this all in motion. And every American is entitled to those answers.”

The House select committee’s seven Democratic and two Republican members voted 9-0 in favour of requiring Republican Trump to provide documents and testimony under oath in connection with the attack.

The panel has been looking into the events for more than a year and has interviewed more than 1,000 witnesses as part of its probe.

Also read: ‘Trump at Centre of this Conspiracy’ Says Chairman of Panel Probing US Capitol Riot

It has held nine public hearings so far to build a case that Trump’s efforts to overturn his 2020 presidential election defeat amount to illegal conduct.

Thursday’s session is likely to be the last hearing before November’s midterms.

What was said at the hearing?

Thursday’s session was the first hearing without live witnesses. Instead, the committee presented video evidence from witnesses who haven’t appeared yet, as well as fresh details from thousands of documents obtained from Trump’s Secret Service.

The Secret Service warned in a December 26 email of a tip that members of the right-wing Proud Boys planned to march in Washington on January 6 with a group large enough to outnumber the police.

“It felt like the calm before the storm,” one Secret Service agent wrote in a group chat. “The plan is literally to kill people.”

Trump had a “premeditated plan” to claim he had won on election night, whatever the vote tally showed, panel member Zoe Lofgren told the hearing.

“The evidence shows that his false victory speech was planned well in advance, before any votes had been counted,” Lofgren said, citing evidence gathered by the committee, including testimony from Trump’s one-time campaign manager.

The hearing also focused on Trump’s inaction during the riot. The panel showed previously unseen footage of congressional leaders phoning officials for help during the Capitol siege.

At least five people died in the attack on January 6, 2021, when Trump backers stormed the US Capitol building. More than 140 police officers were injured.

More than 880 people have been arrested in connection to the riot so far, some receiving lengthy prison sentences for their roles.

Trump, who has been accused of inciting the riot by urging his supporters to “fight like hell,” faces various state and federal investigations. He denies any wrongdoing. He and his supporters have called the probe a political witch hunt.

The House committee is expected to release a report of its findings after the midterm elections, possibly in December.