Putting 'America First': What the Trump Presidency Will Actually Mean

In his hands, Donald Trump claims, the US will be like him – a winner. And if anything doesn't go according to plan, it's someone else's fault. 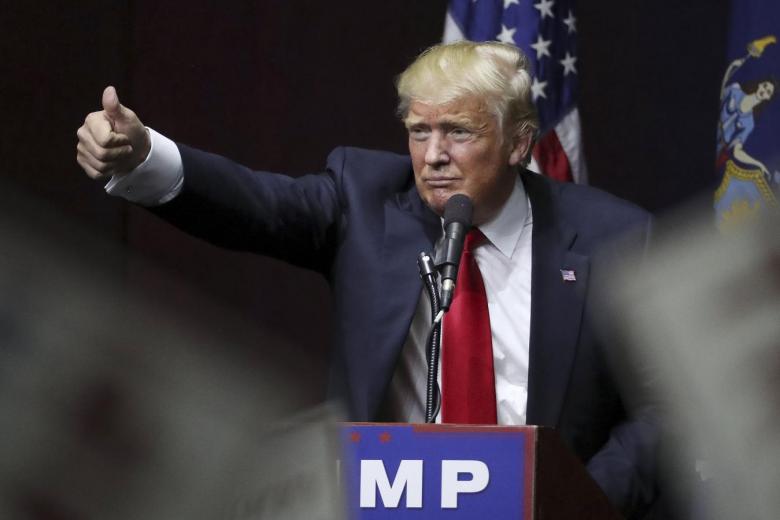 Although US president-elect Donald Trump has a well-earned reputation for unpredictability and an unconventional political style, some aspects of what makes him tick are becoming clearer as his inauguration on January 20 approaches.

This is not a definitive list – and it’ll surely change as his presidency ‘progresses’ – but there are five inter-related discernible characteristics that may help us get a handle on Trump as president.

Trump has said it all along as a badge of pride that, in contrast to all other political leaders, he stands for the US before all else and above all others. American interests are supreme to him but have been compromised by his predecessors, especially Barack Obama, who have permitted the likes of China and Mexico to take advantage of American naïvete, good intentions and openness. China manipulates its currency to cheapen its exports and destroy American jobs, militarises the South China Sea and does little to stop North Korea’s nuclear weapons programmes. In response, the US does nothing, Trump claims.

As president, Trump will put a stop to all those compromises and reassert US power – and reconsider the US’s international relationships and agreements to see to it that the country gets value for money. ‘Make America Great Again!’

The domestic version of that is all those foreigners, immigrants and refugees coming to the US, committing crimes and living off welfare, under-cutting American workers or carrying out acts of terrorism in cahots with ISIS, need to be taught a lesson. Law and order must be restored, whatever it takes, to make Americans safe from the ‘enemy within’.

The other four characteristics worthy of note may derive from the master concept. In Trump’s hands, he claims, the US will be like him – a winner. His ‘winner’ self-concept indicates that he has what it takes and will do what it takes to achieve his goals – such as the US presidency and, now, the US’s interests at home and abroad. The US is a land of winners, not losers, and he’s the personification of success.

This means he finds it difficult to admit error or, when admitting error, to seem to be on the attack and blame someone else. And the Russian hacking of the US election claims are especially pertinent here: first, he needs to claim that he won the election on his own merits and is the people’s choice – despite losing the popular vote by almost three million; so denying any Russian involvement was his first line of attack against sore losers in the Democratic party.

But with the unanimity of US intelligence assessments of Russian interference, Trump accepted such interference had taken place, alongside others’ doing the same as well as arguing that the intervention had no impact on the final result. That helps explain his response to reporters’ questioning at his first news conference since winning in November.

The third characteristic – which ensures the US will always be first and therefore a winner, is because, as a successful businessman, Trump knows how to do a deal. And one aspect of getting the best deal is to open the bidding in dramatic fashion – showing strength from the start in the belief that others need the US more than the US needs them. The US can walk away and still remain the world’s policeman, its sole superpower.

With such an attitude towards allies and competitors, the ultimate deal-doer will deliver best value, getting more from others in return for the US’s friendship, arms, market access or open hostility – sanctions or war.

Herein lies one of the greatest dangers of Trump’s presidency – taking negotiations with allies and enemies alike to the very brink, taking risks, unwillingness to admit error or defeat, reluctance to retreat from untenable initial positions. But even if he is forced to retreat, Trump will portray it as merely “advancing in a different direction”.

Global politics is in for a shock.

Sand in your eyes

The fourth major characteristic that might help explain Trump’s successful political strategy might be called “sand in your eyes” – the ability to divert attention from something he’d rather not talk about to something completely different and send the media scurrying off and analysing some off the wall outrageous public statement or tweet. “Are we living in Nazi Germany?” he tweeted, suggesting that US intelligence services had leaked “fake news” to the media about him. This generated much media scrutiny, at home and abroad, deflecting attention from him onto the motives of the intelligence services.

While the media fact-check and report back, Trump and his people have already moved on.

Which brings us to the fifth principal feature of Trumpism – populism and the race card, or rather, the xenophobia card. When under attack, legitimately or otherwise, go on the offensive in the name of the people against the establishment and the outsider, the un-American. It could be the media, intelligence agencies, the Republican or Democratic establishments, Hollywood, or experts and university academics – but everyone is against Trump, who is all that stands between the people and the enemy within.

But this is just more sand in your eyes, agenda-setting for political pundits, media commentators and newsrooms – while behind the scenes a completely different agenda is followed. In the shadows, but mostly hidden in plain sight – Trump’s appointed billionaires to his cabinet, major international corporations now sit at the heart of the US administration, family members have taken over top White House positions. At the same time, right-wing think tanks like Heritage Foundation and Hoover Institution provide policy advice to deregulate Wall Street, abolish the few consumer financial protections implemented since the 2008 financial crash, empower energy corporations through denying climate change science, propose massive military spending, slashing healthcare provision, social security and welfare. Meanwhile, major construction and other corporations rub their hands in anticipation of major infrastructure-building contracts.

Big corporations and big money in politics – which is what Trump railed against to win office as a radical non-establishment outsider – is precisely what his administration stands for and is the source of his definition of American national interests.

There was an oft-used expression in the 1950s – “what’s good for General Motors is good for the United States” and vice versa. That was never quite true but the white working and middle classes that voted in their droves for Trump did see major improvements in living standards in that era. They have pinned their hopes for a return to the ‘good old days’ on a Trump presidency. He’s unlikely to deliver, because of the pro-business model at the core of his personality, policy ideas and senior appointments.

And that’s when he will be at his most dangerous at home – playing the race card, blaming minorities and enemies within, Chinese, Mexicans and Muslims. More sand in your eyes and tapping into the politics of white male identity – a self-assigned endangered species, besieged on all sides. And loyal to the new emperor.

If Obama could retain, purely on the basis of his African-American-ness, the near-total support of black voters, despite their material positions’ deterioration since 2008, Trump may well retain his white identity support base.

But the people who swung the election his way, in the rust belts of Michigan and Pennsylvania, and who voted for Obama in 2008 and 2012, may not be satisfied with the smoke and mirrors of Trumpism unless they see some end to their economic woes and anxieties.

Division and rancour were the dominant effects of the Trump candidacy; as his inauguration draws near, this might be the new normal.

Future governor John Winthrop noted back in 1630 that the Puritan settlers would build “a city upon a hill.”

However that works out in Trump’s US, there is no doubting the truth of the second part of that quote – “the eyes of all people are upon us”.

Inderjeet Parmar is a professor of international politics at City, University of London, and a columnist at The Wire. His twitter handle is @USEmpire.