The US and other western countries have in the past used their strength to threaten nations into 'falling in line'. 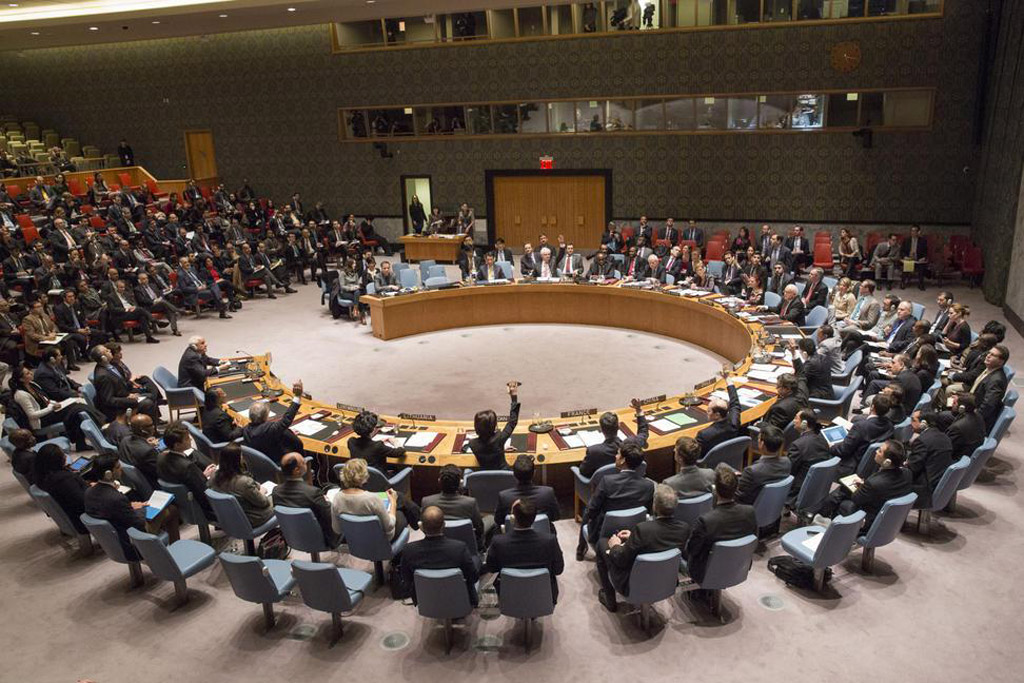 UN: The US and most Western donors have traditionally exercised their financial clout to threaten developing nations who refuse to fall in line on critical UN voting either in the Security Council, the General Assembly or the Human Rights Council.

The unwritten rule, exercised off and on, warns: if you don’t play ball with us, we will penalise you by reducing or cutting off aid.

When Yemen, a non-permanent member of the Security Council, voted against a US-sponsored resolution to militarily oust Iraq from Kuwait back in 1990, the US blowback will remain forever in the UN’s institutional memory.

No sooner Yemen cast its negative vote, the US ambassador turned to the Yemeni envoy and famously said: “That will be the most expensive ‘no’ vote you will ever cast”.

And Washington, almost overnight, decided to cut off some $70 million in development and military aid to Yemen, then a close American ally.

In her maiden press briefing, the new US Ambassador to the UN Nikki Haley, implicitly threatened member states who defy Washington on US-sponsored resolutions, and probably on anti-Israeli resolutions.

“Our goal with the administration is to show value at the UN, and the way that we’ll show value is to show our strength, show our voice, have the backs of our allies, and make sure that our allies have our back, as well,” she told reporters.

“For those who don’t have our back,” she warned “we’re taking names – we will make points to respond to that accordingly.”

In diplomatic jargon, ‘taking names’ is an implicit threat to blacklist countries that defy the US, particularly at voting time.

Having been rebuffed by former President Barack Obama who refused to accede to then president-elect Donald Trump’s appeal to veto a Security Council resolution declaring Israeli settlements illegal in occupied-territories, Trump challenged the effectiveness of the world body and dismissed it as ‘a club for people to get together, talk and have a good time’.

Immediately after the resolution 2334 was adopted by a vote of 14-nil on December 23, with the US abstaining, he held out a warning: ‘As to the UN, things will be different after January 20’ (when he assumed office at the White House)

Perhaps a widely-anticipated Trump twitter message in his characteristic style would read: “The United Nations? One of the world’s most ineffective talking shops. Sad!”

But that message is yet to come.

Addressing the US Senate Foreign Relations Committee during her confirmation hearings last month, Haley said: “What happened with Resolution 2334, it basically said that being an ally to the US doesn’t mean anything, and if we are a strong ally, and we always stand with them, more countries will want to be our allies and those that challenge us will think twice before they challenge us.”

Although political arm twisting is mostly behind closed-doors at the UN – or in state capitals – the rules are likely to change under Trump.

Stephen Zunes, a professor of politics and international studies at the University of San Francisco, who has written extensively on the politics of the UN, told IPS the US has often thrown its weight around at the UN, particularly since the (Ronald) Reagan administration, bullying and threatening both adversaries and allies which did not adhere to US priorities in the world body.

Only under Obama did the US practice a less contentious style to its diplomacy, despite often being an outlier on such key issues as arms control, international humanitarian law, and the Israeli-Palestinian conflict, said Zunes, a senior policy analyst for the Foreign Policy in Focus project at the Institute for Policy Studies in Washington DC.

“There is little question, though, that both in terms of ideology and style of engagement, the Trump era will likely be the most contemptuous and undiplomatic of any previous administration in its relations with the UN, and possibly of any Security Council member in history.”

Zunes said the only positive side of this is that it may result in a kind of backlash in which some US allies that might have previously deferred to the US will instead defend their positions more vigorously, encouraging greater pluralism at the UN.

Mouin Rabbani, senior fellow with the Institute for Palestine Studies and Policy Advisor to Al-Shabaka: The Palestinian Policy Network, told IPS there is nothing new about the US using the power at its disposal to cajole and coerce friend and foe alike to toe Washington’s line at the UN.

An early example, he pointed out, concerns the Philippines, whose UN ambassador in November 1948 gave an impassioned speech against UN General Assembly resolution 181 recommending the partition of Palestine, but then voted for it after the US administration of President Harry S. Truman (1945-53) interceded with his superiors.

“Such tactics have been consistently used to promote American interests in the world body, and often Israeli ones as well,” he noted. Nor is American withdrawal from UN agencies unprecedented.

The administration of President Jimmy Carter (1977-81), for example, withdrew from the International Labour Organisation, and President Ronald Reagan (1981-89) from the UN Educational, Scientific and Cultural Organisation.

More recently, Washington has passed legislation obliging the government to terminate funding to any UN agency that accepts Palestine as a member, which amounts to a de facto withdrawal, said Rabbani.

The US is thus voluntarily withdrawing from UN agencies relevant to American interests, in order to serve Israeli interests and obstruct Palestinian rights, he noted.

“What is different with the Trump administration’s approach is its sheer vulgarity, exemplified by Nikki Haley’s inaugural public statement that she will be ‘taking names’ of those who don’t do as she says and single them out for retribution”.

“But in fairness to her, (President George W.) Bush’s appointee (UN Ambassador) John Bolton generally behaved like a rodent, and the end of his tenure was widely celebrated,” said Rabbani,

There is also the suspicion that the Trump administration may seriously consider withdrawing from the UN altogether.

“This is doubtless on (Trump’s Chief Strategic Adviser) Steve Bannon’s wish list, but unlikely to materialise. Rather, Washington is likely to more severely punish not only member states but also the UN and its agencies when it or Israel don’t get their way. Having announced their intention to implement major funding cuts to the UN from the very outset, their leverage is likely to be diminished,” Rabbani declared.