The move to end the Obama-era rule could impact on more than 70,000 H-4 visas holders, who have work permits. 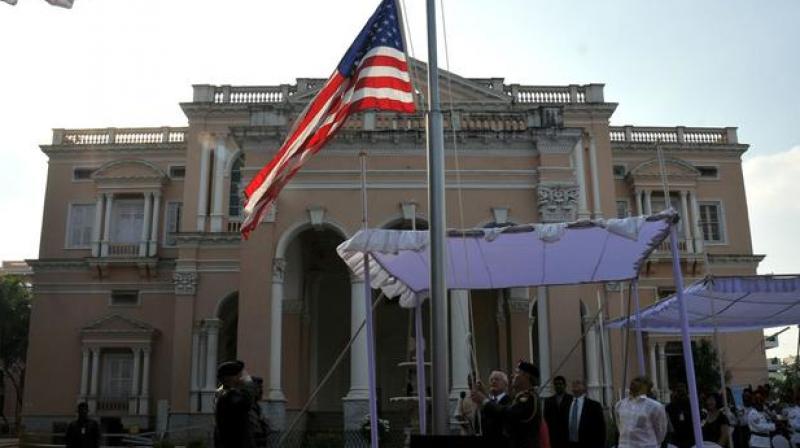 More than 100,000 H-4 visa holders have been beneficiary of this rule, File photo of US Consulate in Hyderabad. Credit: PTI

Washington:  The Donald Trump administration is planning to end allowing spouses of H1-B visa holders to work legally in the US, a top federal agency official has told lawmakers, a move that could have a devastating impact on tens of thousands of Indians.

The move to end the Obama-era rule could have an impact on more than 70,000 H-4 visas holders, who have work permits.

H-4 is issued to the spouse of H-1B visa holders, a significantly large number of whom are high-skilled professionals from India. They had obtained work permits under a special order issued by the previous Obama administration.

A 2015 rule issued by the Barack Obama administration allows work permits for spouses who otherwise could not be employed while H-1B visa holders seek permanent resident status — a process that can take a decade or longer.

The Trump administration is planning to terminate this provision. A former communication is expected to be made later this summer, US Citizenship and Immigration Services (USCIS) Director Francis Cissna said in a letter to Senator Chuck Grassley.

“Our plans include proposing regulatory changes to remove H-4 dependent spouses from the class of aliens eligible for employment authorisation, thereby reversing the 2015 final rule that granted such eligibility,” Cissna said.

He said such action would comport with the executive order requirement to “propose new rules and issue new guidance, to supersede or revise previous rules and guidance if appropriate, to protect the interests of United States workers in the administration of our immigration system … ”

As with other revisions to regulations, the public will have an opportunity to provide feedback during a notice and comment period, Cissna said.

According to a recent study by the Migration Policy Institute, the US has issued employment authorisation documents to more than 71,000 spouses of H-1B visa holders, over 90% of whom are Indians.

“As of June 2017, USCIS had granted 71,287 initial (versus renewal) employment authorisation documents to H-4 spouses,” the study which was released last week said. 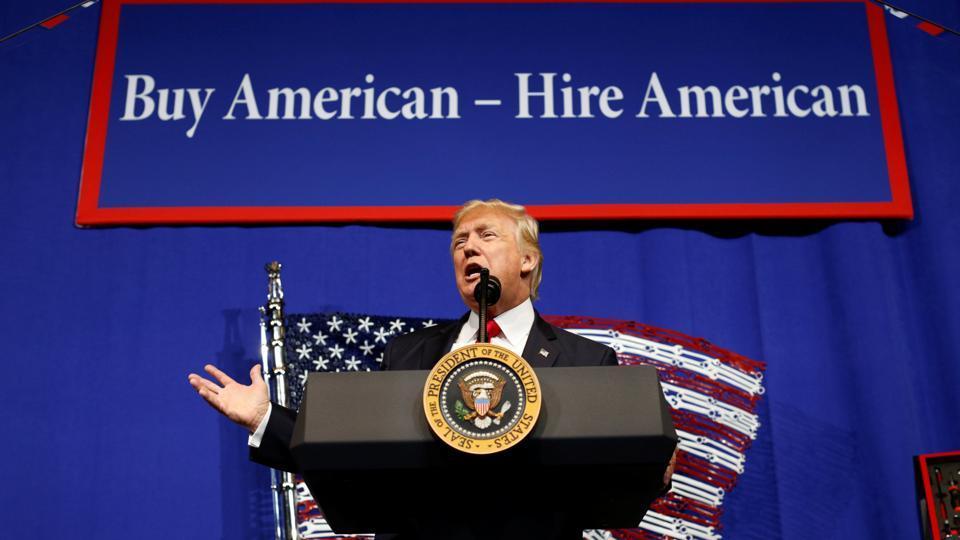 Global technology majors depend on H1-B visas to hire tens of thousands of employees each year from countries like India and China. Credit: Reuters Files

Of those H-4 spouses with work authorisation as of early 2017, a total of 94% were women, and the vast majority, 93%, were from India, while 4% were from China, the study said

The Trump administration said it was bascially working on proposals to streamline the H-1B visa procedure to focus on attracting the “best and the brightest” foreign talents, a top federal agency official.

The proposed regulation also aims to intensify efforts to crack down on H-1B visa fraud, said Cissna said in his  letter.

The H-1B visa is a non-immigrant visa that allows US companies to employ foreign workers in specialty occupations that require theoretical or technical expertise. The technology companies depend on it to hire tens of thousands of employees each year from countries like India and China

The USCIS is working on two proposed regulations to improve the H-1B programme. The first regulation proposes to establish an electronic registration programme for petitions subject to numerical limitations for the H-1B non-immigrant classification.

“This rule is intended to allow USCIS to more efficiently manage the intake and lottery process for these H-1B petitions,” said Cissna.

The letter is dated April 4, the content of which was first reported on Monday by Axios news website.

“We have not approved any parole requests under the International Entrepreneur Final Rule at this time,” it said.

Briefing the Senator on its efforts to prevent fraud in H-1B, Cissna said USCIS now has a dedicated email addresses to make it easier for the public to report suspected fraud and abuse in the H-1B and H-2B programmes.

The USCIS is also expanding its administrative site visit programme to include L-1B petitions.

“We are initially focusing on employers petitioning for L-1B specialised knowledge workers who will primarily work offsite at another company or organization’s location to ensure that they are complying with the requirements from the L-1 Visa Reform Act of 2004. These requirements were meant to help prevent United States workers from being displaced by foreign workers,” the USCIS said.

Cissna said it also published a policy memorandum that instructs officers to apply the same level of scrutiny to both initial petitions and extension requests for non-immigrant visa categories. The guidance applies to all non-immigrant classifications filed using Form r-129, Petition for a Non-immigrant Worker.

The previous policy instructed officers to give deference to the findings of a previously approved petition, as long as the key elements were unchanged and there was no evidence of a material error or fraud related to the prior determination.

“The updated policy guidance rescinds the previous policy. Under the law, the burden of proof in establishing eligibility for the visa petition extension is on the petitioner, regardless of whether users previously approved a petition,” it said.