Freedom of the press has eroded under the president, with increasing government pressure and a media landscape that is less and less diverse. 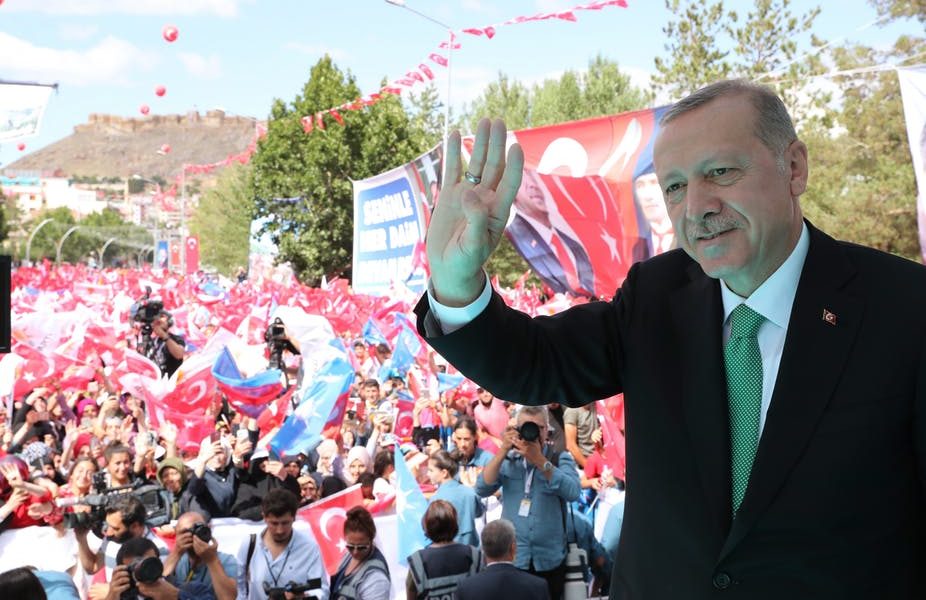 In January 1961, a law regulating the rights of journalists went into effect in Turkey. Since then, the country has used the month to celebrate journalism and freedom of information, as well as to honour reporters who have been injured or killed in the line of duty.

President Recep Tayyip Erdogan marked Turkey’s annual celebration of Working Journalists’ Day on Friday by saying it is essential that the press be free to report unmuzzled. “The existence of media, which is polyphonic, effective and capable of informing the public without being subject to any restrictions, is an indispensable condition of a democratic and transparent society,” he said in a statement released Thursday.

That statement likely rang hollow to Turkish journalists who have faced Erdogan’s clampdown on the media since the attempted coup of July 2016. Freedom of the press has eroded under the president, with increasing government pressure and a media landscape that is less and less diverse. According to Turkey’s Media and Law Studies Association (MLSA), some 11,000 journalists are unemployed, 114 are in detention, and 1,500 face trials.

It is difficult for journalists in Turkey to report about issues such as corruption or the government’s conflict with Kurds, said Celal Baslangic of Arti TV, an independent broadcaster based in Germany. “What’s most important is to resist war and campaign for peace. But, at the moment in that country, those who want peace are treated like terrorists,” he said.

Aydin Engin, a longtime columnist at the daily newspaper Cumhuriyet, had a similar opinion. He said media had not been free since the 2017 constitutional referendum, which abolished the office of prime minister and concentrated power in the presidency rather than the parliament. There is hardly a free media outlet left and the atmosphere is stifling, he said.

According to official statistics, one in four journalists in Turkey are out of work. Many outlets were closed down after the attempted coup. In 2018, after social workers, journalists were the profession most affected by unemployment, according to the Turkish Statistical Institute.

The situation has been exacerbated by the fact that trade unions have been weakened. In just one year, the percentage of unemployed journalists rose by 4.7 percentage points, to 23.8%. In 2019, Reporters Without Borders ranked Turkey 157th in its World Press Freedom Index. “The witch-hunt waged by President Recep Tayyip Erdogan’s government against its media critics has come to a head since an abortive coup in July 2016. After the elimination of dozens of media outlets and the acquisition of Turkey’s biggest media group by a pro-government conglomerate, the authorities are tightening the vice on what little is left of pluralism — a handful of media outlets that are being harassed and marginalised. Turkey is the world’s biggest jailer of professional journalists.”

Many of Turkey’s mainstream media outlets are in the hand of increasingly large conglomerates that are often owned by relatives and allies of the president’s ruling Justice and Development Party.

Pressure on journalists in Turkey is not new. Kurdish media outlets have long been subjected to censorship and closures. Safiye Alagas, a Kurdish journalist, said government pressure had damaged professional relationships. “In 2010 and 2011, journalists still stood side by side,” she said. “Now there is a serious polarization. … This makes me very sad, as I would like more solidarity.”

Erdogan appeared less sad in his statement for Working Journalists’ Day. “Our country has gone through periods during which our democracy has interrupted and obstacles have been placed in the path to development,” he said. “It has taken a long time for our press and our society to overcome the negative effects of this period. In the light of the lessons they have learned from the problems experienced, I believe that our media will take into consideration the sensitivities of the society and prevent the dark forces from achieving their goals, that they will no longer respect the tutelage perspective that disregards nation’s will, and that they will fulfill the duty of informing our citizens accurately and impartially.”