Boris had appointed Jo as Minister of State for Universities & Science, a position that allowed him to attend Cabinet meetings. 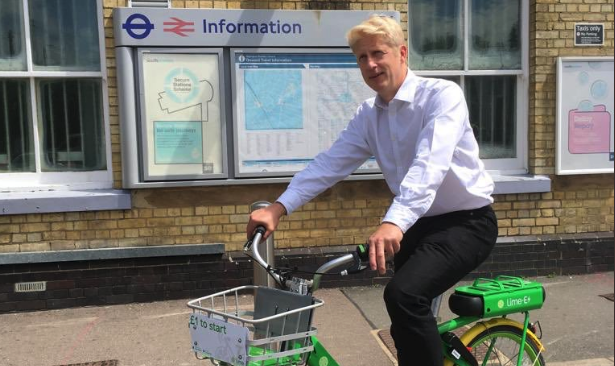 British lawmaker Jo Johnson on Thursday quit his posts as member of Parliament and minister, saying he was “torn between family loyalty and the national interest.”

In a tweet, Johnson wrote that it was “an unresolvable tension” and that it was “time for others to take on my roles as MP & Minister.”

It’s been an honour to represent Orpington for 9 years & to serve as a minister under three PMs. In recent weeks I’ve been torn between family loyalty and the national interest – it’s an unresolvable tension & time for others to take on my roles as MP & Minister. #overandout

Jo Johnson campaigned for the UK to remain in the EU during the 2016 referendum. After the vote, he said the country should not quit the bloc without a withdrawal agreement.

But in July he accepted a job in the Johnson-led government. Boris Johnson has pushed for the UK to leave the EU on October 31, even without a deal.

Boris appointed Jo as Minister of State for Universities & Science, a position that allowed him to attend Cabinet meetings.

Johnson’s decision to quit comes after his brother suffered major defeats in the lower house of the British Parliament, with lawmakers blocking his Brexit strategy and thwarting plans to call a snap general election.

Despite the setbacks, the prime minister’s office said Boris will seek the public’s support for his bid to hold a general election.

Johnson said he would “rather be dead” than request an extension from the EU for the October 31 Brexit deadline. He said an election is the only way forward after Wednesday’s parliamentary defeat.

“We want an election on October 15,” said Johnson during a visit to a British police academy. “Let’s crack on with it.”