White House Press Secretary Kayleigh McEnany told a news briefing: "The president will accept the results of a free and fair election." 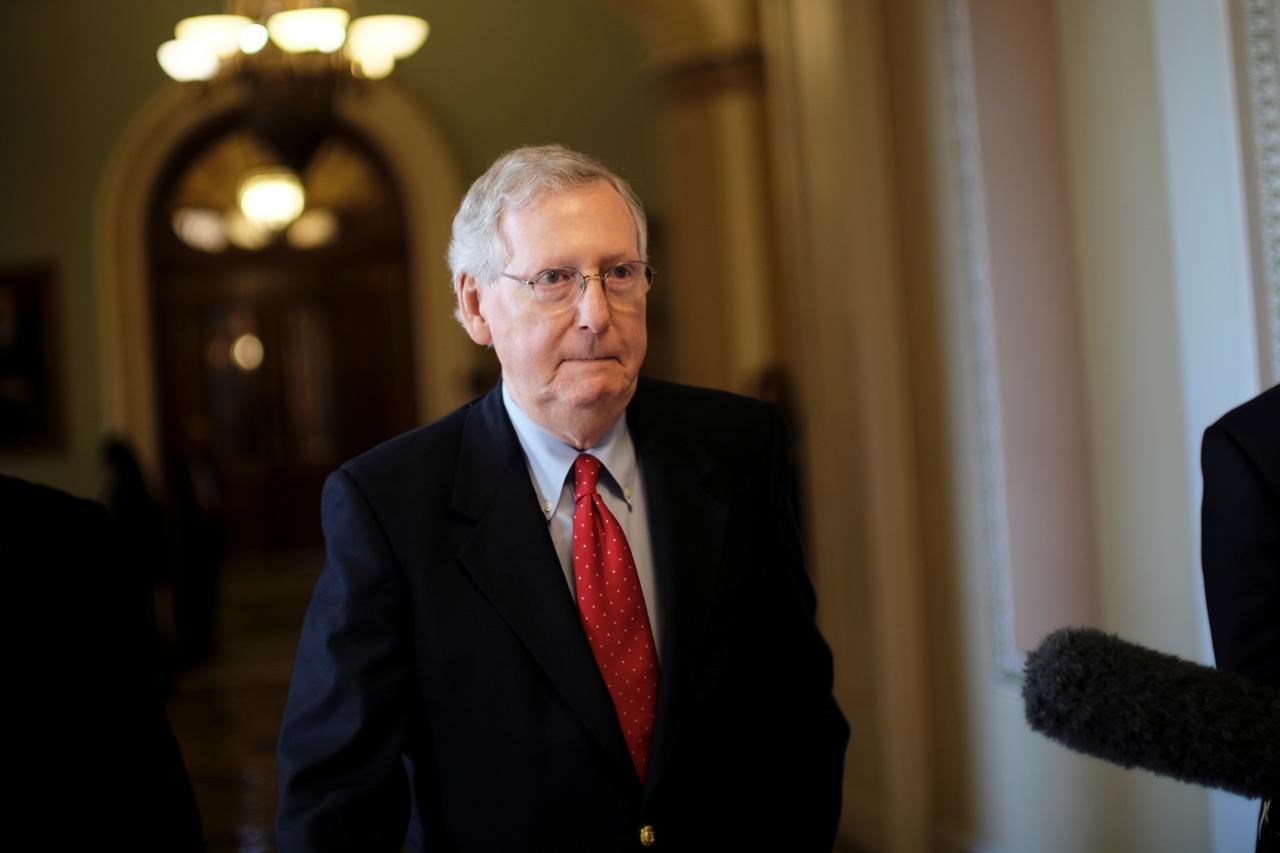 Washington: US Senate Majority Leader Mitch McConnell and other top Republicans on Thursday repudiated President Donald Trump‘s refusal to commit to a peaceful transfer of power, assuring American voters the lawmakers would accept the outcome of November’s election.

Trump declined on Wednesday to embrace a peaceful transfer in response to a reporter’s question and said he expected his election battle with Democrat Joe Biden to be settled by the Supreme Court.

Speaking to reporters on Thursday, Trump said he did not know that an “honest” election could be held on November 3, 2020, with this whole situation, unsolicited ballots.

The Republican President’s rhetoric on Wednesday, which largely referred to voting by mail, set off a fury that prompted several republicans in Congress to distance themselves from Trump.

Despite four years of incendiary statements by Trump, members of his own party have been loath to criticise him, as many feared political retribution.

“The winner of November 3, 2020, election will be inaugurated on January 20, 2021. There will be an orderly transition just as there have been every four years since 1792,” McConnell wrote in a morning tweet.

Like other Republicans, McConnell did not directly criticize Trump.

By midday, with the controversy raging, White House Press Secretary Kayleigh McEnany told a news briefing: “The president will accept the results of a free and fair election.”

But for months, Trump has cast November’s election as being rigged and repeatedly attacked Democrats for promoting widespread use of mail-in ballots for voters who do not want to risk contracting the deadly COVID-19 virus by casting their ballots at potentially crowded polling centres.

In an interview on Fox News Radio, Trump called mail-in ballots “a horror show,” despite studies showing no significant problems with that method of voting over the years.

Michael Waldman, president of New York University’s Brennan Center for Justice, said voting arrangements were steadily advancing. In an interview with Reuters Television, he added: “The system is not broken. States are actually improving their voting rules day by day.”

Democrats accused Trump of threatening American democracy and further politicizing his upcoming choice to replace the late Supreme Court Justice Ruth Bader Ginsburg by suggesting the yet-to-be-named nominee would have a role in the election‘s outcome.

Some of McConnell’s fellow Republicans joined the effort to quell election fears, including Senators Marco Rubio and Mitt Romney and House Republican leader Kevin McCarthy, who told reporters: “It will be a smooth transition regardless of the outcome.”

Trump, who trails Biden in national opinion polls, has long sought to cast doubt on the legitimacy of the election, asserting without evidence that mail-in voting would be rife with fraud.

“President Trump, you are not a dictator and America will not permit you to be one,” said Senate Democratic leader Chuck Schumer, calling him “the gravest threat” to US democracy.

Senator Bernie Sanders, who lost to Biden in the Democratic Party’s presidential nominating race, called for an independent commission to oversee the upcoming election.

Democratic House of Representative Speaker Nancy Pelosi cautioned against panicking over the remarks of a president who she said admires autocratic leaders. At a news conference, she urged Americans to cast their ballots and admonished Trump: “You are not in North Korea, you are not in Turkey, you are not in Russia.”

If November’s election is close, Trump could contest the results in Federal Courts in hopes of being awarded enough Electoral College votes to retain the White House, according to political analysts.

Only one US presidential election, the 2000 contest between Republican George W. Bush and Democrat Al Gore, has had its outcome determined by the Supreme Court.

Senate Judiciary Committee Chairman Lindsey Graham, a Trump ally who will play a significant role in whether Trump‘s upcoming Supreme Court nominee will be confirmed, said there could be litigation over the presidential election. “The (Supreme) Court will decide and if the Republicans lose, we will accept that result,” Graham told Fox News. “But we need a full-court.”

If Trump nominates a conservative to serve on the Supreme Court, as expected, and the Republican-controlled Senate confirms the nominee, it will have six justices considered to be conservative and three viewed as liberals.