Thousands Take to Warsaw Streets Against Poland's Ban on Abortion

On October 22, Poland's apex court ruled against abortion due to foetal defects, thereby nearly outlawing abortion in the country altogether. 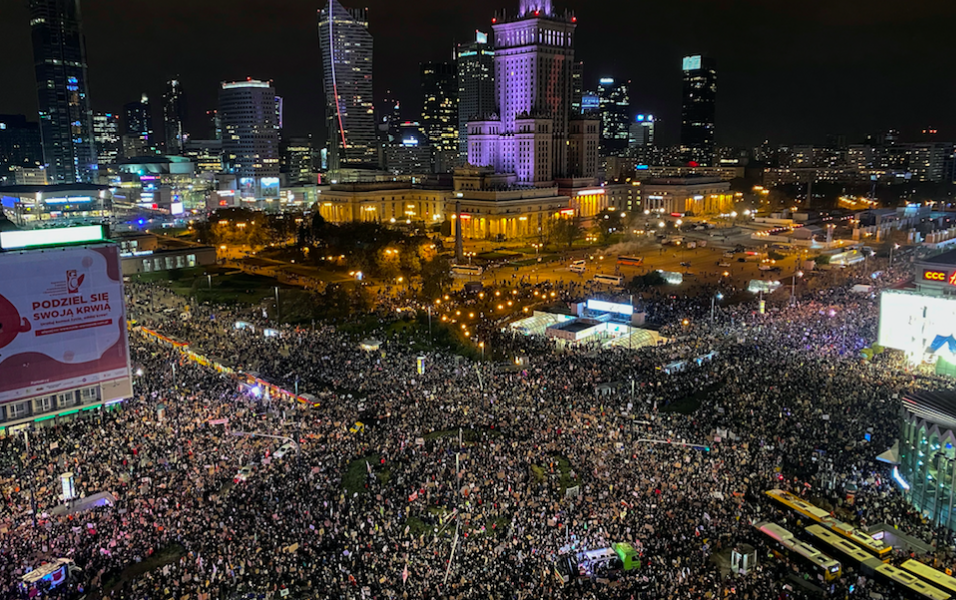 People take part in a protest against the ruling by Poland's Constitutional Tribunal that imposes a near-total ban on abortion, in Warsaw, Poland, October 30, 2020. Photo: Reuters/Kacper Pempel

Warsaw Tens of thousands of Poles joined a march in Warsaw on Friday, the biggest in nine days of protests against a ruling by the country’s top court last week. The ruling amounted to a near-total ban on abortion in the predominantly Catholic nation.

Defying strict rules that restrict gatherings to five people during the coronavirus pandemic, demonstrators walked through central Warsaw streets carrying black umbrellas, a symbol of abortion rights protests in Poland, and banners that read “I think, I feel, I decide” or “God is a woman”. Military police lined the streets, some of in riot gear, as the demonstration began.

Organisers and the city of Warsaw said some 100,000 people took part, one of the largest protest gatherings in years, following a Constitutional Court ruling which outlaws abortions due to foetal defects, on October 22. It ended the most common of the few legal grounds left for abortion in Poland and set the country further apart from Europe’s mainstream.

Daily protests have taken place across the country in the past week, and have turned into an outpouring of anger against five years of nationalist Law and Justice (PiS) rule and the Roman Catholic church, which is an ally of the government. Far-right groups which support the court ruling also turned out in small gatherings in Warsaw on Friday, and TV footage showed police clashing with them to keep one group away from the protesters.

The leader of the abortion rights movement in Poland, Marta Lempart, told activists to report any attacks and to resist any threats of prosecution or fines for taking part. “We are doing nothing wrong by protesting and going out on the streets,” she told a news conference. After the ruling goes into effect, women will only be able to terminate a pregnancy legally in the case of rape, incest or a threat to their health. 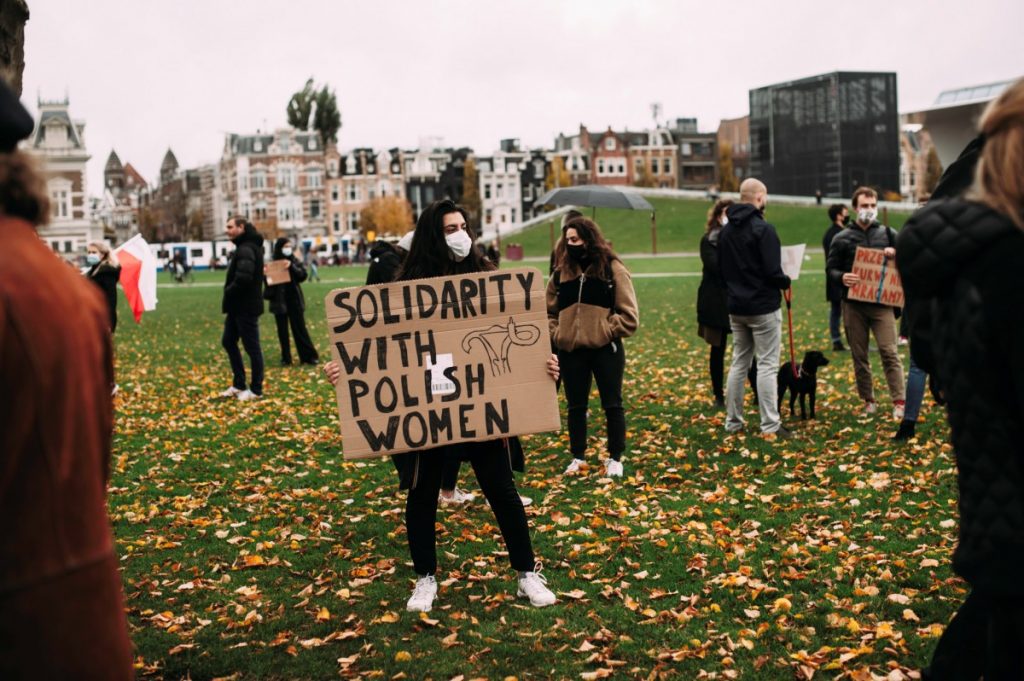 People take part in a protest against the ruling by Poland’s Constitutional Tribunal that imposes a near-total ban on abortion, in Amsterdam, Netherlands, October 25, 2020, in this picture obtained from social media. Picture taken October 25, 2020. Photo: Reuters Facebook/Barbara Germes

In an effort to ease tensions, President Andrzej Duda proposed legislation on Friday reintroducing the possibility of terminating a pregnancy due to foetal abnormalities, although only limited to defects that are immediately life-threatening. Prime Minister Mateusz Morawiecki pledged lawmakers would proceed with the legislation quickly, but demonstrators were unimpressed.

“This is an attempt to soften the situation for PiS, but no sane person should fall for it,” activist and leftist lawmaker Joanna Scheuring-Wielgus told Reuters.

The government has accused demonstrators of risking the lives of the elderly by defying strict pandemic rules against large gatherings. Poland reported a daily record of more than 21,000 new cases of COVID-19 on Friday. Health Minister, Adam Niedzielski, drew comparisons between the Polish protest and the Black Lives Matter movement against police brutality, saying demonstrations across the United States caused an “escalation” of the pandemic. Public health experts say there has yet to be conclusive evidence of large-scale spread from the U.S. events.

Five women were charged with organising an illegal protest which attracted 850 people in the town of Police on Thursday, officials said.

The Catholic Church has said that while it opposes abortion, it did not push the government or the court to increase restrictions. PiS, however, has sought to instil more traditional and Catholic values in public life by ending state funding for in vitro fertilisation, introducing more patriotic themes into school curricula and funding Church programmes. It has also launched a crackdown on LGBTQ rights and a reform of the judiciary, the European Union says subverts the rule law. PiS says it seeks to protect traditional Polish values against damaging western liberalism.