The UK Votes for Brexit – What Happens Now?

A look at the the specifics of the withdrawal process, when it is likely to begin, and whether this vote to leave is really final and binding. 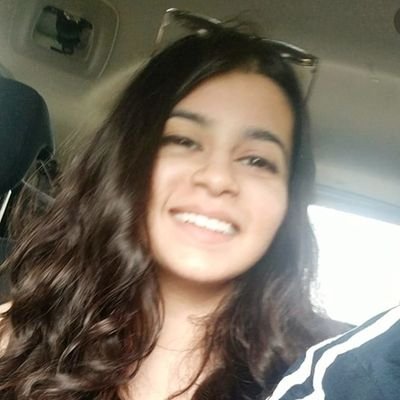 Earlier today, the UK voted to leave the European Union in a decision that marks the first time a full member of the EU has done so since its official creation in 1993. The UK, the EU and the rest of the world have all entered unchartered territory. What’s going to happen now? To begin with, European Parliament leaders will meet at 8 a.m. GST (12:30 pm IST). The German and French foreign ministers will meet foreign ministers from the other four EU founders – Italy, Belgium, the Netherlands and Luxembourg – and will discuss the vote from 1 pm GST.

Has the process to leave been activated?

Not yet. According to Article 50 of the Treaty on European Union (TEU), added by the Treaty of Lisbon amendment in 2009, a member state has the right to withdraw from the EU in accordance with its own constitutional provisions. However, for the process to withdraw to begin, the state must formally notify the European Council and invoke Article 50, which Prime Minister David Cameron has promised to do but has not yet done. The referendum vote does not represent this notification. A crucial yet much overlooked point is that the Brexit vote is not legally binding; theoretically, legislation by the parliament could block the exit. This, however, is unlikely to happen because – as the BBC has noted – going against the express will of the people will be tantamount to political suicide, and no political entity in the UK will be willing to risk its very existence.

When will it begin, and what will happen then?

There is no time period for notification that the UK must adhere to, and it is free to meet and informally discuss possibilities with other nations beforehand. While it seemed likely that Cameron, facing immense pressure at home from the likes of UKIP leader Nigel Farage to invoke Article 50 as soon as possible, would have formally intimated the European Council of the UK’s intention to leave within the next few days, he resigned a few hours after the results were announced and made clear that it would be the next prime minister’s duty to begin the process. He will still meet other EU leaders at a 24 hour long summit chaired by European Council President Donald Tusk on June 28 and explain the UK’s decision and its ramifications. It is only in around 3-4 months, which is when Cameron says a new prime minister should be in place, that withdrawal proceedings will officially be invoked. This should, in theory, kickstart a two-year negotiation period wherein both parties will hammer out an agreement regarding the UK’s withdrawal agreement and its future relationship with the Union under the guidelines set out by the TEU.

However, since these deals will require the approval of a ‘super qualified majority’ of the EC – meaning at least 72% of the members of the Council, comprising at least 65% of the population of the member states – with the UK getting no vote, the UK delegation may attempt to engage the EU in informal negotiation, which is unlikely to sit well with the others. A joint statement made by European Council President Donald Tusk, the presidents of the European Parliament, European Commission and the holder of the rotating presidency of the Council of the EU read, “We now expect the United Kingdom government to give effect to this decision of the British people as soon as possible, however painful that process may be. Any delay would unnecessarily prolong uncertainty… We stand ready to launch negotiations swiftly with the United Kingdom regarding the terms and conditions of its withdrawal from the European Union.” Diplomatic back-and-forth to resolve this disagreement could push Article 50 proceedings further into the future and keep the UK mired in limbo.

The nature of the deal will decide the fate of the UK economy and its citizens living in other EU countries, as well as EU citizens living in the UK. “The Article 50 process is a divorce: who gets the house, who gets the kids, who gets the bank accounts,” a senior EU official said. Losing access to the single market and the EU’s free trade agreement will hit the nation hard. One option will be to adopt a Norway-esque arrangement; wherein the UK will be a member of the EU economic arrangement, or the European Economic Area, in exchange for which it will have to give to the EU budget and allow free movement of people – both possibilities the pro-Brexit camp has roundly rejected.

Regardless of whether agreements are successfully made in that short period, the UK will remain a member of the EU for two years, unless the members of the UK and EU delegations jointly decide to extend this period. If there is any hope for Brexit to be stopped, it is this. Should the new prime minister choose to go down this route upon seeing that the costs of Brexit are too high to be worth paying, this will be the best– and perhaps only– weapon in his or her arsenal; it would give him or her two years to mobilise support for remaining in the EU, a task that will be easier to accomplish given the economic and political tumult caused by the Brexit decision the British people will face, and the disillusionment that will inevitably follow.

UPDATE: This article was updated to reflect Prime Minister David Cameron’s resignation, and details revealed by him about when Article 50 would be invoked. It was later updated to include excerpts from a joint statement by European Union leaders.

Tanya Rohatgi is a student of Politics, Philosophy and Economics (PPE) and International Relations at Ashoka University and an intern with The Wire.