There is a need to think beyond the two-state solution imaginatively and ensure Jews, Muslims and Christians live together in a truly post-national sense. 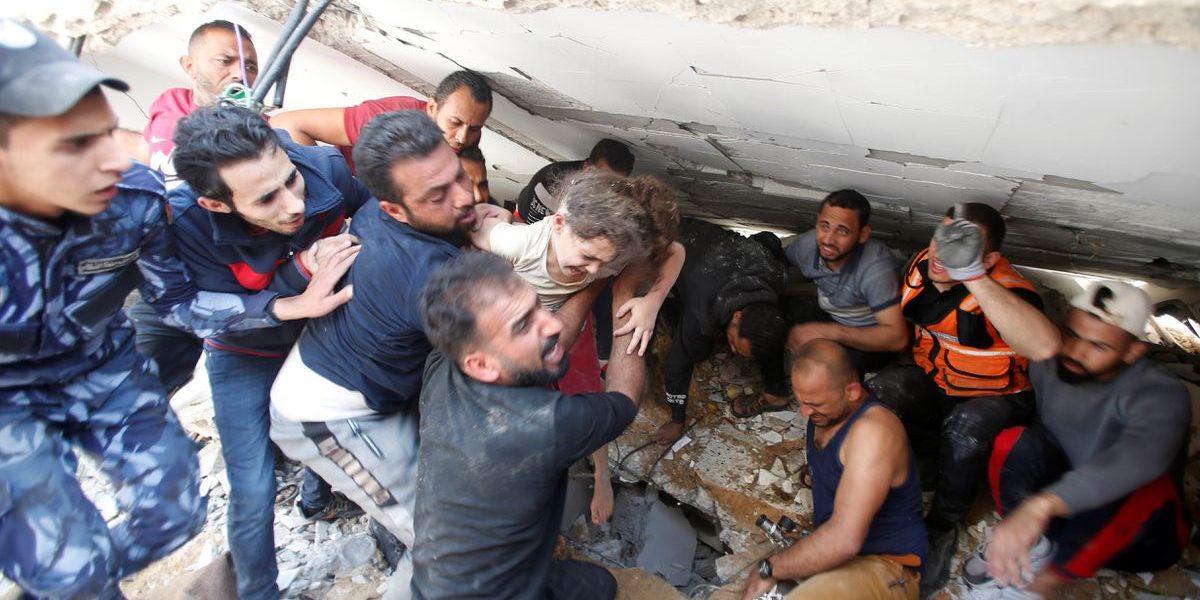 Rescuers carry Suzy Eshkuntana, 6, as they pull her from the rubble of a building at the site of Israeli air strikes, in Gaza City May 16, 2021. REUTERS/Mohammed Salem 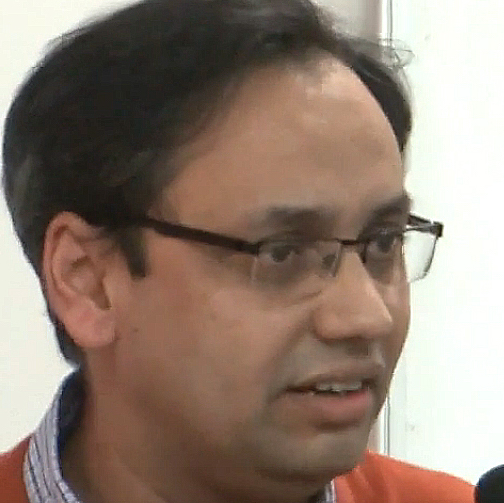 Once again, the Israelis have begun a relentless attack on Gaza, much in the way they did in 2014 during what was called Operation Protective Edge, which led to more than 2,100 Palestinian deaths, 500 of whom were children. This time around, Israeli Prime Minister Benjamin Netanyahu has asserted quite predictably that Israel will continue with its campaign for “as long as necessary”. The immediate spark to the conflagration was the attempted eviction of Palestinian families from their homes in the Sheikh Jarrah neighbourhood of East Jerusalem. The matter was up for hearing in the Israeli Supreme Court, but was deferred owing to the sensitivity of the situation. All this unfolded as the Muslim holy month of Ramadan was drawing to a close and the date of the creation of the state of Israel, which Palestinians mark as the Nakba, was fast approaching.

It is important to step back in history to understand this seemingly never-ending crisis as it reveals the character of the central actors, especially the almost hyper-statehood of Israel and the failed statehood of the Palestinians. The seeds of the tragedy of Palestine were sown in the waning years of the Ottoman Empire, of which it was a province. The foreseeable end of the Ottoman Empire was opportunity enough for the French and the British to arrive at the secret Sykes-Picot agreement of 1916 that carved up the areas of Lebanon and Syria for the French, with Palestine and Iraq going to the British. The British Mandate in Palestine formally began in 1922 and ended on May 14, 1948, with the declaration of Israeli statehood happening almost immediately.

In early November 1917, the year after the Sykes-Picot agreement, the British issued the famous Balfour Declaration, a letter written by British foreign secretary Arthur Balfour, committing the British government to the creation in Palestine of a “national home for the Jewish people”. For a document of such momentous historical consequences, the Balfour declaration was very short, just a few lines.

Significantly, along with this commitment to a national home for the Jewish people, it added “nothing shall be done which may prejudice the civil and religious rights of existing non-Jewish communities in Palestine, or the rights and political status enjoyed by Jews in any other country”. Note the erasure of the Palestinians already inhabiting the land, as they are referred to and vaguely subsumed under “non-Jewish communities”. Further, it is merely their civil and religious rights that are referred to with no reference to their political rights. 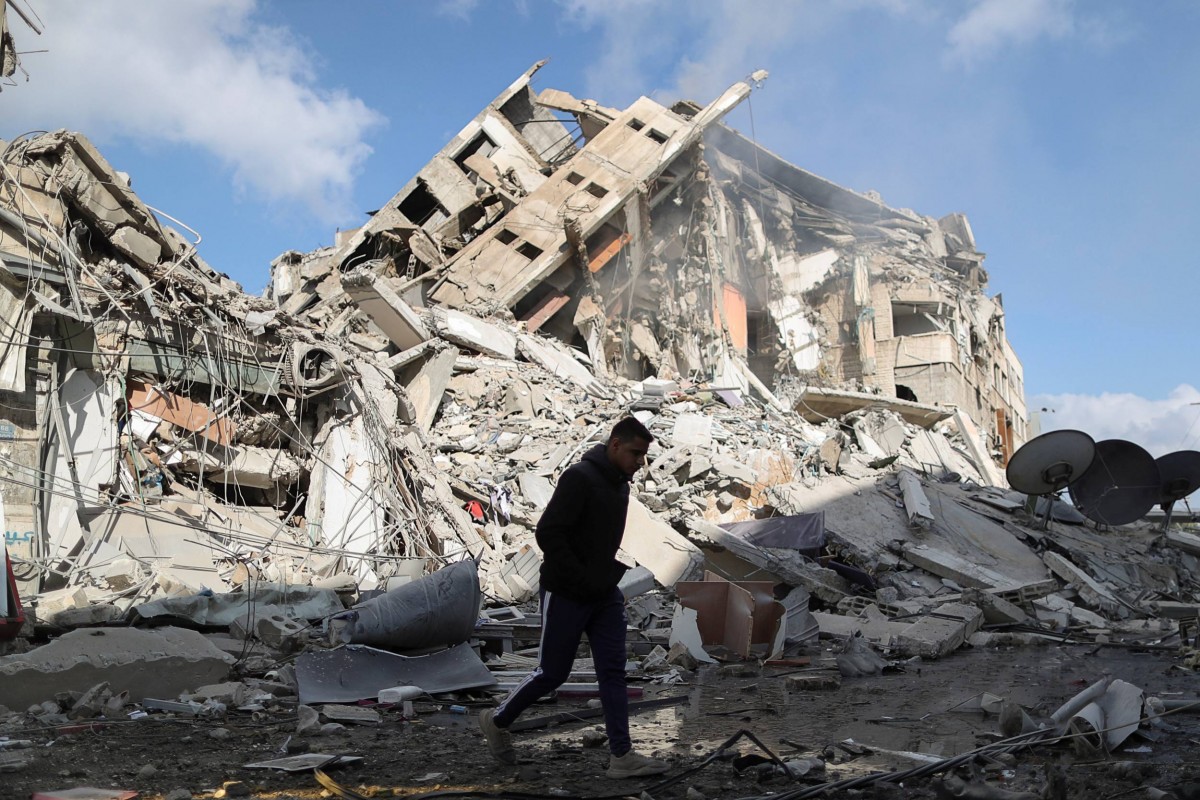 A Palestinian man walks past the remains of a tower building which was destroyed by Israeli air strikes in Gaza City, May 13, 2021. Photo: Reuters/Suhaib Salem.

The British government’s sympathetic attitude towards the idea of a Jewish homeland resulted in an increase of immigration of Jews into Palestine over the decade of the 1920s and 1930s. There was nothing inherently wrong about this Jewish immigration. What changed in these two decades was the way the Jewish National Fund started to buy up large tracts of land to deprive and dispossess Palestinians of the land that they had been living and working on for generations. As a result of the role played by the Jewish National Fund, the movement of Jews into Palestine was quickly transformed from immigrant to settler, giving the incipient Israeli state the character of an aggressive settler-colonialism.

The realisation on the part of the Palestinians of the land being taken away from them resulted in the beginning of what can be called the first intifada of 1936. The word intifada means an uprising of a convulsive, almost desperate kind and there have been at least two further intifadas in Palestine that have arisen in December 1987 and September 2000.

There is speculation that the current crisis is likely to give rise to another intifada. The intifada of 1936 was followed the next year by the report of the Peel Commission in 1937, which recommended partition, but which was rejected by the Palestinians, and the British government ultimately found it unworkable. The intifada itself was brutally suppressed by the British, ending finally in 1939.

Thinking beyond the nation-state solution

The Israel-Palestine issue is a modern problem whose roots lie very much in the 20th century and which has only been further aggravated in the 21st century. This is not an ancient theological battle between Abrahamic faiths, all of which lay claim to Jerusalem as a holy city.

The dispute is a modern one involving nationalism, racism, settler-colonialism and ethnic cleansing. The problem very specifically lies in the nature of the Israeli state that refuses to accept clearly demarcated borders, resulting in turn in the ruling out of Palestinian statehood. A two-state solution, which has become something of a nostrum in frantic attempts at negotiated settlements, is essentially a non-starter if there is no clear agreement on where the borders of Israel end and where those of Palestine begin.

Obsessive Israeli references to Palestinian violence are nothing but a pretext to inflict disproportionate acts of violence on Palestinians. In his recent book Neither Settler, nor Native the Ugandan academic Mahmood Mamdani has suggested that the roots of the nation-state lie not in the central Europe of the 1648 Treaty of Westphalia, but in 1492 on the Iberian Peninsula where Jews, Christians and Muslims prospered and also inflicted suffering on each other.

Also read: Indians Who Oppose Colonialism Should Support the Palestinian Cause

The supplanting of Moorish rule in 1492 led to the expulsion of both Jewish and Muslim populations from the Iberian Peninsula, many of them fleeing to find some semblance of peace and flourishing in the millet system of the Ottoman Empire, the very same empire in whose decline was created the current Israel-Palestine dispute.

There is no reason why Jews, Muslims and Christians cannot learn the art of survival together in suffering in the 21st century. However, that would require for a start, thinking capaciously beyond the confines of the nation-state and thinking beyond the vicious ultra-nationalism on display in the current Israel-Palestine dispute, which leads people to overlook the suffering of others.

It would require a truly 21st century post-national solution, which also requires a resolute political will. Instead, what we have coming from the US and many European countries is the same inane, almost insane parroting of Israel’s “right to defend itself” in the face of Palestinian terrorism. Such unimaginative and craven responses are never going to lead to any kind of solution and will keep the region within the cycle of violence that has become a heartbreakingly familiar feature of this part of the world.

Amir Ali teaches at the Centre for Political Studies, JNU.