The Crimes of Julian Assange

Is Assange a crusader or an irresponsible provocateur? 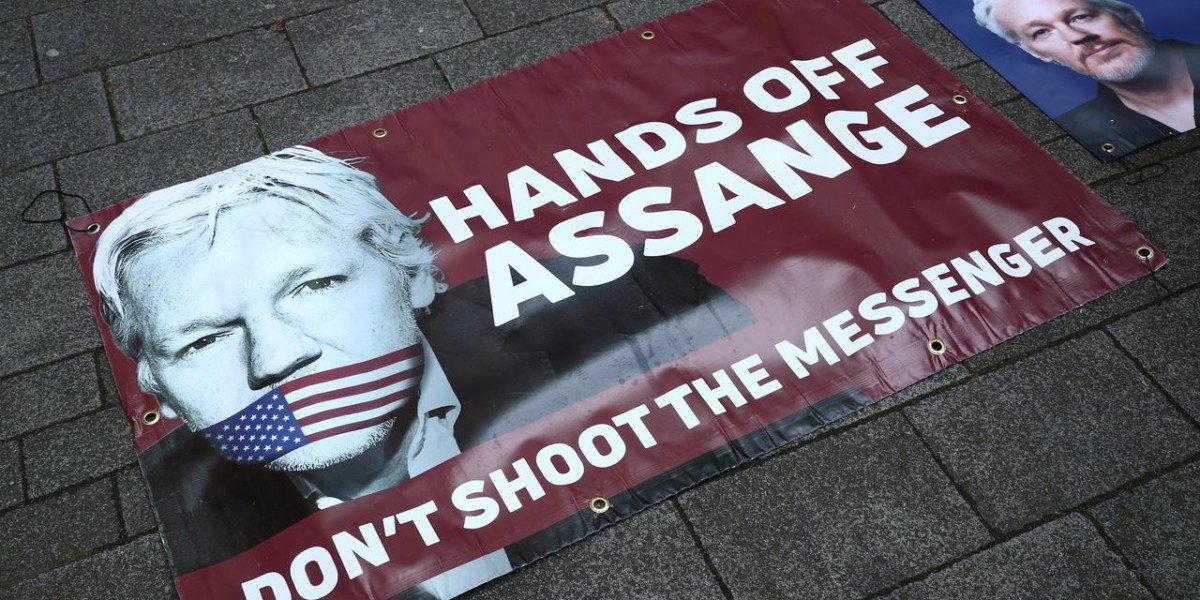 In Terry Pratchett’s Feet of Clay, the protagonist, Chief of City Police Samuel Vimes, is faced with a conundrum. The City denies his family a ceremonial insignia and coat-of-arms since, in the distant past, one of his ancestors was charged with the murder of the last King of the City.

While there was general agreement among the masses that the King had been a despot and needed to be overthrown, enabling the city to shift away from the oppressive monarchy, the City still stripped away Vimes’ ancestor’s titles, since he had committed the crime of ‘regicide’. The necessity that drove his actions or the public good that emanated from it did little to undo the rigid understanding of a legal wrong – and he was penalised for committing the ‘necessary evil’.

The same irony was witnessed recently when Julian Assange – editor-in-chief and face of WikiLeaks – was arrested by the British Metropolitan Police from his refuge at the Ecuadorian Embassy in London. While Assange’s arrest had become inevitable following the political developments in Ecuador, his country of political asylum, the act of his arrest certainly represents a watershed moment for the civil rights discourse worldwide.

The importance of the arrest

In order to appreciate the importance of this development, one must first dispense with the ‘official reason’ supplied by the British Police. Julian Assange was not arrested because he sexually assaulted women in Sweden – that case was dropped in 2017. Therefore, to argue that the reason lay in his failure to surrender before the UK court in connection with that case is ludicrous.

Assange was arrested because of what his organisation, WikiLeaks, had been doing for years and the impact it had on those in power. WikiLeaks has played catalyst to the greatest worldwide anti-corruption and transparency drive in recent decades. By creating an independent platform enabling activists and whistleblowers to share anonymous information related to governmental excesses, corporate corruption, and global diplomatic malpractice, it brought to light the enormity of these problems to the common citizen in an unprecedented manner.

It exposed to the world the real face of the wars in Iraq and Afghanistan, the torture of prisoners in Guantanamo Bay, the diplomatic cables of the US State Department leading to enormous international backlash and criticism, to name a few. The charges against Assange’s brand of journalism are multifarious. First, there is the question as to whether this can properly be called journalism at all. Since journalists and whistleblowers are accorded differing legal protections, there are arguments made against extending journalistic privileges to Assange.

Several pundits also raise the issue of his uncensored dumping of a tremendous amount of classified material on the internet, which potentially endangers those mentioned in these documents by exposing their identities.

Is Assange a crusader or an irresponsible provocateur? Is he representative of a civil society that aggressively demands responsibility from those in power, or is he a lone wolf clinging on to new-found celebrity? These questions shall remain for posterity to answer.

For the present, we are faced with far more fundamental questions: What is the role of a journalist in our society? If it is to speak truth to power, how much truth can we handle? If the truth is ominous, is society better served by ignoring it wholly, or worse, penalising the bearer of this ‘poisoned chalice’?

The idea of democracy rests on the principle of checks and balances, deployed to counteract unbridled exercise of authority. Like every functioning system, the strength of democracy depends on the independence and endurance of its key institutions. In order for such institutions to function effectively, they need to coexist in an ecosystem which enables each of them to consistently challenge the others – democracy only survives if each of its constituents is free to do their job without suppression or interference.

Each of its four pillars, therefore, need to be of equal stature. Even if not formally equal, each of them must be as powerful as the others to continue to exercise necessary leverage.

The formal structure of the State itself acts as an obstacle towards this ideal of equal powers. Through the explicit recognition of its three branches – the executive, legislature and judiciary – with clearly defined functions and role, the State apparatus creates a hierarchy within which the fourth pillar, i.e. independent press and civil society, need to function. The powers and privileges of the press are subject to laws made by the legislature, enforced by the executive and the limits to them drawn by the judiciary.

The press as an institution, therefore, serves at the mercy of the others, the limits to its ability to differ or raise its voice being circumscribed by the workings of the law. Therefore, the formal wings of the State dictate the degree of ‘tolerable dissent’. Assange’s arrest is merely the act of self-preservation by an organic entity – the State trying to protect itself by punishing ‘dangerous dissent’.

Also read: Assange’s Arrest Signals a War on Investigative Journalism and the Right to Dissent

While potentially wielding enormous powers, the press is often fragmented from within. These internal differences are exploited by the State, leading to the disintegration of essential liberties. Other news organisations that have profited from WikiLeaks exposes have won accolades and run profits – today they stand divided on the question of Assange’s victimhood.

If Assange is merely the conduit that relays scandalous information, does it not fall on the beneficiaries of his work to protect his freedom? If these organisations felt such information was important enough to report, is it not their obligation to stand by him today? If not, they can seek no refuge under the garb of ‘responsible journalism’.

The cruel truth of the Assange arrest is the victimisation of a journalist for speaking truth to power. In other words, Assange is being tried for doing his job as well as any, perhaps better than most. He acted without fear in the face of immense adversities, and despite divergent opinions about his status, there is a clear consensus about the importance of his work.

Whatever motives are attributed to his work, what remains beyond doubt is its effect – bringing greater accountability in governance. Thus, while the debate surrounding journalistic ethics rages on, there is little evidence to dispel the idea that our notions of democracy have been severely shaken by WikiLeaks.

By simply enabling the free flow of unadulterated information, Assange has created a unique platform for demanding more from those that seek to rule us. As the ultimate beneficiary of WikiLeaks exposés, civil society has the prerogative and the moral imperative to wrest the mantle of governance and liberate democracy from its institutional trappings and separate the law from justice.

Thus, Assange’s arrest has put democracy at the pulpit. While the courts of law may pronounce him guilty as charged, the onus is on us now, those that claim to take their liberty seriously, to decide – who do we enable – our liberators or their oppressors?

Agnidipto Tarafder is an Assistant Professor at the West Bengal National University of Juridical Sciences, Kolkata.