"We have strong signs that the murder was the result of a planned operation, not a spontaneous development. As Turkey, we will follow this issue until the end." 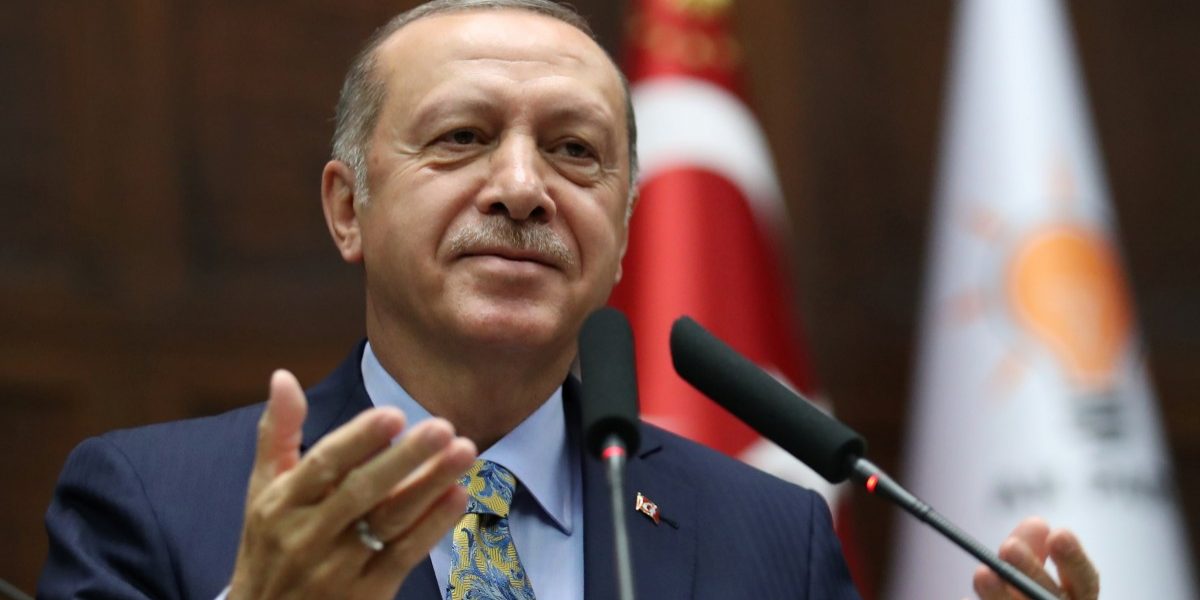 Ankara: Turkish President Tayyip Erdogan on Tuesday commented in parliament about the investigation into the killing of Saudi journalist Jamal Khashoggi.

Here is a Reuters translation of his comments. The original comments were in Turkish:

“At this point in our group meeting, I want to make a comprehensive evaluation of the Khashoggi investigation, after it has been confirmed that he was killed. I’d like to firstly offer my condolences to the late Khashoggi, his family, friends, the people of Saudi Arabia, where he is from, and the media world. First, let’s quickly refresh our memories quickly.

Khashoggi first goes to the Saudi Arabian consulate at 11:50 on September 28, Friday for procedures relating to marriage. It is understood that this visit is then passed on to the team planning the murder. Therefore a planning period for a roadmap begins. Some consulate workers rushing back to their country shows there were preparations there.

On Oct. 1 at 16:30, so the Monday, one day before the murder, a three-person team arrives in Istanbul on a commercial flight and goes to the hotel first, later the consulate. Meanwhile, another team from the consulate is carrying out exploratory searches in the Belgrad Forest and Yalova.

On October 2 at 01:45, a second three-man team again arrives in Istanbul in a commercial flight and goes to the hotel. A third 9-person team, including generals, arrives via private jet and goes to a different hotel. In total, a team made up of 15 people arrived separately between 09:50 and 11:00 to meet at the consulate.

Firstly the hard-disk in the camera system at the consulate was ripped out and Khashoggi is then called at 11:50 to confirm his appointment. At 13:08 on the same day, Khashoggi, who returned from London to Istanbul, arrives at the consulate building on foot. His fiancée is with him. And after this, nothing was heard from him again. At 17:50, his fiancée told our official authorities that Khashoggi was kidnapped at the consulate building or something bad happened to him. Upon this, the Istanbul security officials and police start an inspection.”

“After looking into the camera records filming the area, it becomes clear that Khashoggi never left the consulate building. According to the Vienna agreement – which was debated – they have diplomatic immunity. (EU foreign policy chief Federica) Mogherini had some comments on this the other day as well, and I believe the Vienna agreement will most likely be put to the table. In the first stage, there were no procedures that could be done on the consulate and consular workers.

Then, while our intelligence and security officials are looking into the situation, the chief prosecutor’s office and delegated deputy prosecutor launch an investigation as well. As the investigation deepens, very interesting details are obtained. Firstly, it is seen that on the eve of the murder, 15 Saudi security, intelligence, forensic experts arrived in Turkey. Of these, six left our country at 18:20 on Oct 2, and seven on 22:50 with private jets.

After midnight, a man who was trying to resemble Khashoggi with his glasses, clothes and beard as well as another person with him, depart for Riyadh via a commercial flight. On the day of the event, the consulate workers are put in one room with the excuse that there is a supervision and residency personnel are given days off for the same reason. In their statement on October 4, the Saudi leadership initially fully rejects any claims that Khashoggi was killed.

In fact, on October 6, the consul general invites a Reuters correspondent inside and opens and closes cupboards, electrical panels and doors in a careless manner, trying to defend himself. Meanwhile, our intelligence and security officials and prosecutors are deepening their investigation and attempting to uncover new evidence and documents. Our foreign ministry constantly discussed this issue with its counterparts and engaged in the sharing of information.”

Afterwards, there were talks with the 11-person Saudi delegation coming to our country on Oct. 11. The topic being kept on the agenda by ourselves and the global media then led to the statement from Saudi authorities to allow our search of the consulate building. First, there are some questions that we must ask and seek answers to. This happens in Istanbul, so we are responsible and as those responsible, we have the right to question it. As the cloud slowly lifts, other countries also started taking action. At every opportunity, we said we would not remain silent and that we would take every step required by our conscience and the law.”

“In order to not unjustly condemn anyone, we waited for the results of the investigation. At our first phone call with King Salman on Oct. 14, I explained the situation to him in accordance with the findings at hand. In this phone call, we agreed to form a joint working group and they started working. Upon the King’s orders, teams tied to the prosecutors and police entered the consulate to carry out searches.

While the consul general did not allow this previously, I voiced some things about his incompetence to the first delegation that came, and also to the King. As a result of this, one day after our talk the consul general was relieved of his duty and returned to his country. On Oct. 18, there were inspections at the consulate once again.

Also Read: How Turkey, Saudi Arabia Became Frenemies – and Why the Khashoggi Case Could Change That

On October 19, 17 days after the murder, Saudi Arabia officially accepted Khashoggi was murdered. In the statement made by the leadership, they said Khashoggi was killed during a fight at the consulate. On the same day, I had another call with Salman during late hours. He told me 18 people had been arrested so far in the investigation following the acknowledgement of the killing. It is seen that the names being arrested match those found by our intelligence and security officials. Therefore, these 15 people, plus the other three who are already working at the consulate. These developments are important for the official acceptance of the killing. On October 21, I also held a comprehensive phone call with US President Trump and agreed to enlighten all aspects of this issue.”

As Turkey, we carried out and managed this whole process in accordance with international law and a state mentality. Despite this, our country is being subjected to extensive campaigns to smear and corner our country and change our direction by various media organs. We know with what goal these campaigns are being carried out and by whom. It appears these attacks against our country’s reputation have not and will not prevent our attempts to uncover the truth.

Firstly, this murder might have been carried out in the consulate building, which counts as Saudi Arabian territory. However, it should not be forgotten that this is within Turkish borders. Moreover, the Vienna agreement and other international laws all object to questioning about such a vicious murder being hidden through diplomatic immunity. We will, of course, investigate and inspect this murder within our borders and do everything necessary. On the other hand, the fact that Jamal Khashoggi is an internationally renowned journalist, aside from his Saudi identity, also puts an international responsibility on us. Turkey, as the representative of the world’s common conscious along with its own sovereignty, is following up this issue.” 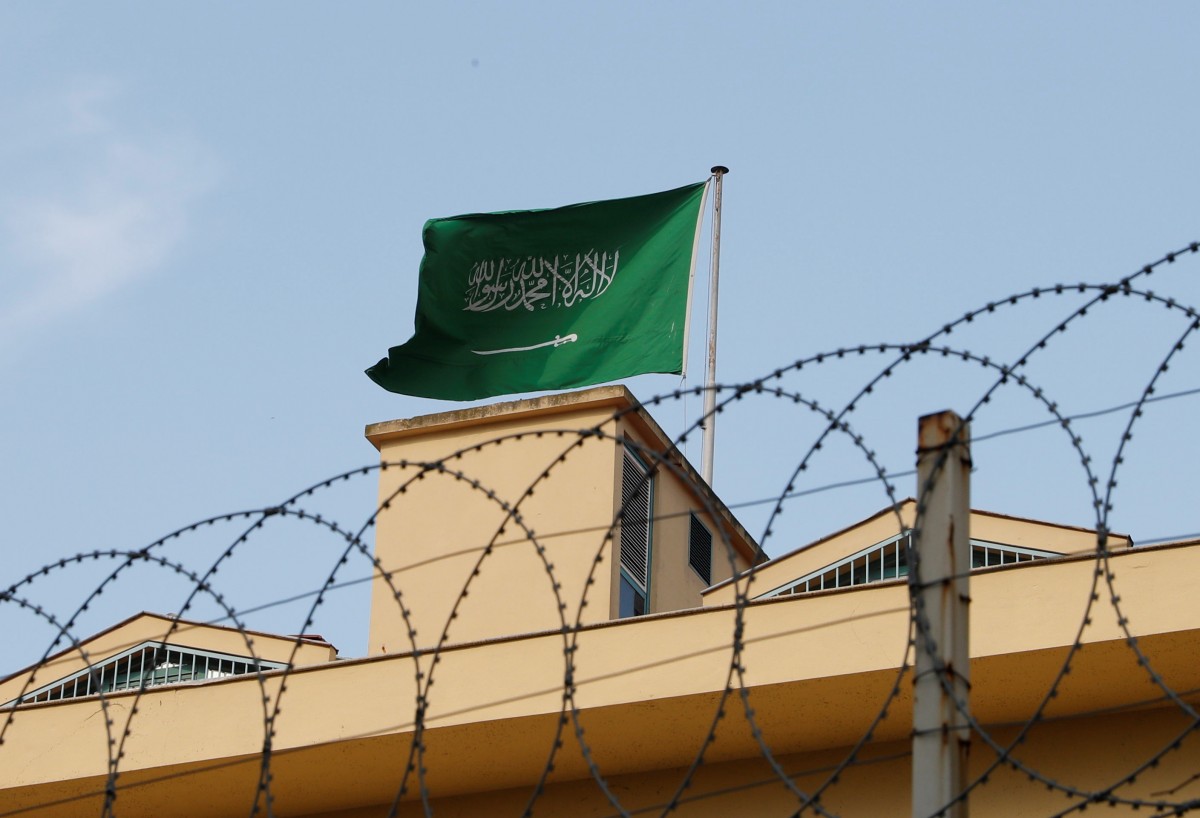 “The findings and evidence so far show Khashoggi was the victim of a vicious murder. Covering up a savage murder like this will only hurt the human conscience. We expect the same sensitivity from all parties, primarily the Saudi Arabian leadership. The Saudi administration has actually taken an important step by admitting to the murder.

From now on, we expect them to uncover all those responsible for this matter from top to bottom and make them face the necessary punishments in front of the law. We have strong signs that the murder was the result of a planned operation, not a spontaneous development. In light of the current information, these questions continue to pose questions for everyone. Why have these 15 people, involved in the incident, met in Istanbul on the day of the murder? We are seeking answers to this. Who are these people receiving orders from? Why has the consulate been opened to investigation days after the murder rather than immediately after? Why have so many inconsistent statements been made while the murder was so clear? Why is the body of someone who was accepted as killed not been found yet?

Also read: In the End, It Was Khashoggi’s ‘Friends’ Who Silenced Him

Without these questions being answered, nobody should think the issue will be closed. Intelligence and security institutions have evidence showing the murder was certainly planned. Once the evaluation of this information is completed, they will find their place in the dossiers of the prosecutor’s investigation. Pinning such a case on some intelligence and security members will not satisfy us and the international community. The conscience of humanity will only be satisfied once everybody is called into account, from those who gave the orders, to those who carried them out.”

Personally, I do not doubt the sincerity of King Salman. It is very important for such a critical investigation to be carried out by objective, fair teams with no relations to the murder. Since this is a political murder, then any other culprits and accomplices in other countries, if there are any, must be included in the investigation as well. I believe this is what is required in international law, in Islamic law and in Saudi law.

As Turkey, we will follow this issue until the end. We will make sure our laws and international laws are implemented. In fact, I am also making a call from here today. This call is to the Saudi Arabian King and leadership: Where the event occurred is Istanbul. Therefore, these 15+3 people – the 18 that were arrested – should be tried in Istanbul. That is my proposal. Of course, the decision is theirs, but this is my proposal and demand since this is where the event took place. That is why this is important.”