From Black Hawks to APCs, Taliban Now Has Access to Sophisticated Weaponry Left By Afghan Army

The Taliban now sits on a huge weapons cache, which military analysts believe will further reinforce its military authority across Afghanistan. New Delhi: The Faustian bargain the US effected with the Taliban over Afghanistan’s future, following two decades of occupation, led not only to the Islamists definitively seizing control of the entire country but also the abundant arsenal, worth billions of dollars, left behind by the retreating Western forces.

Other than the much publicised Bagram Air Base, 69 km north of Kabul, the other eight AFA stations are located in Kandahar, Helmand, Kabul, Herat, Jalalabad, Kunduz, Mazar-e-Sharif/Balkh and Herat provinces.

Several major ANA headquarters, on the other hand, overlap with AFA bases and are at Balkh, Helmand, Herat, Kabul, Kandahar, Kunduz Laghman and Paktia. Sundry brigade and special forces bases, however, lie dispersed in provincial towns like Ghazni, Nangarhar, Nuristan and Zabul, which were under the US-led NATO forces from some 46-odd countries at the height of their deployment to Afghanistan and were also Taliban strongholds.

Besides establishing control over the AFA and the ANA, which obviously surrendered to the Taliban in a predominantly tribal country known over centuries for deal-making and last-minute betrayals by its soldiery, the Taliban now consequentially stands to amplify its firepower largely with US platforms and other varied materiel Washington provided. At present, assault rifles and man-portable rocket launchers comprise the standard weaponry for Taliban cadres, who flaunt them with impunity on Afghan streets to intimidate the already terrified locals anticipating violence.

The ‘jewels’ in the Taliban’s new armament bonanza include some 90-odd assorted fixed-wing and around 133 rotary-wing aircraft, armoured and mine-resistant ambush-protected vehicles, Humvees, varied small arms, mortars and hundreds of tons of ammunition and ordnance.

According to Janes, the AFA’s fixed-wing assets comprise 33 AC-208/208B Combat Caravan light attack aircraft built by the US’ Alliant Techsystems, a subsidiary of Northrop Grumman, and 28 similar Brazilian Embraer EMB-314B ‘Super Tucano’ turboprop platforms, that were also used to train Afghan pilots. Both aircraft types are also capable of providing close air support, or CAS, to ground forces in Afghanistan’s mountainous regions from where many Afghan insurgent groups traditionally operate and alternately retreat to, when on the run. Members of the Taliban stand at the site of the execution of three men in Ghazni province, Afghanistan, April 18, 2015. Credit: Reuters/Stringer/File Photo.

But it’s the AFA’s rotary-wing assets which are formidable, and which in Taliban control can appreciably augment its overall military capability, compared to when it snatched power earlier in 1996 for five years, till it was ousted by the US military’s technical wizardry in 2001.

These include some 48 UH-60A/S-70A Lockheed Martin/Sikorsky ‘Black Hawk’ twin-engine medium-lift helicopters and 54 MD 530F Cayuse Warrior attack helicopters, manufactured by US’ McDonnell Douglas (MD) that can be employed to provide armed escort and CAS to ground forces. The latter helicopter type can also be deployed on tactical, reconnaissance and personnel transport missions, amply suited for use in Afghanistan’s precipitous and rugged hilly terrain that make ground operations arduous.

The ANA, for its part, according to Janes, operates around 200 M1224 MaxxPro Mine Resistant Ambush Protected armoured fighting vehicles and an assortment of over 1,075 US-built armoured personnel carriers or APCs, all of which could conceivably now belong to the Taliban.

Additionally, the ANA also possesses a variety of 80 and 107mm mortars, 40mm rocket-propelled grenades, automatic grenade launchers and anti-tank missiles. There are also a range of 7.62mm and 5.45 mm assault rifles, carbines and sniper rifles in its arsenal, all of which add up to a grand treasure trove of weaponry for the Taliban. 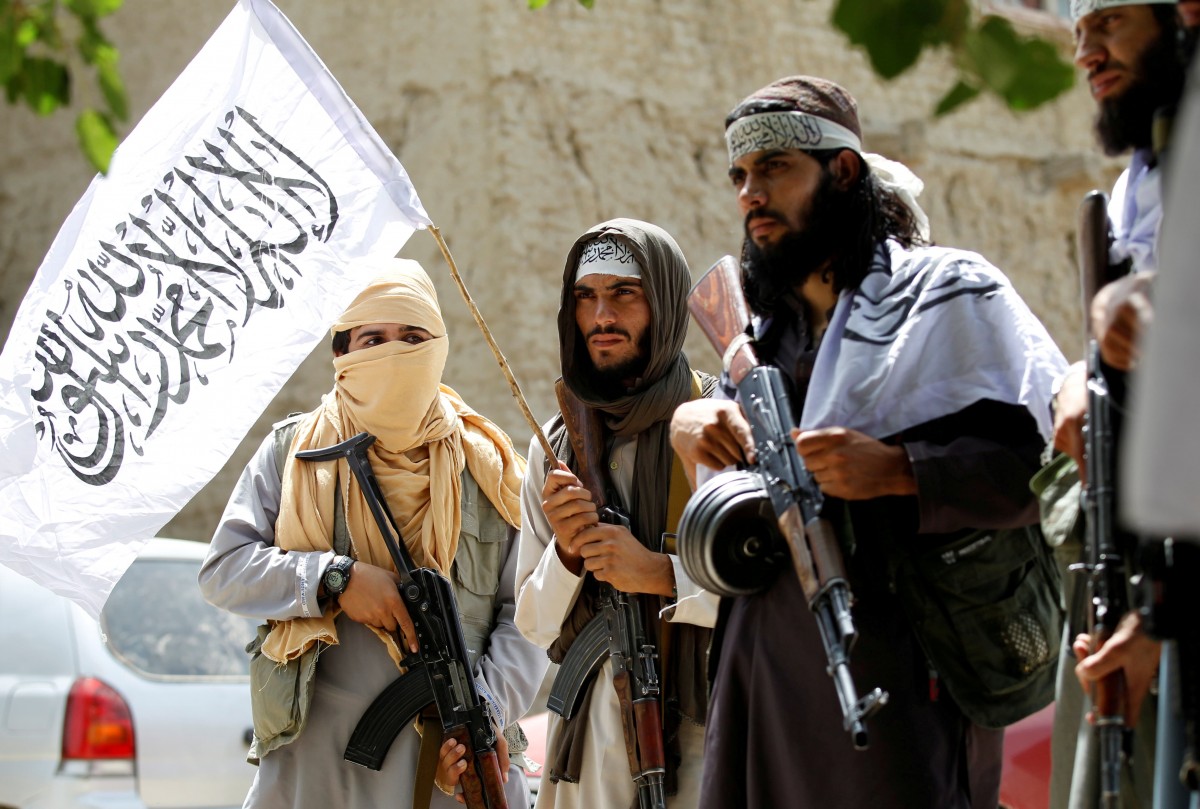 According to a recent AFP report from Kabul, the Taliban’s social media platforms were ‘awash’ with videos of Taliban fighters seizing this weapons cache, which the news agency declared would serve to further reinforce its military authority across Afghanistan. “It (the weapons seizure by the Taliban ) is incredibly serious,” Raffaello Pantucci of the Rajaratnam School of International Studies told AFP. “It is clearly going to be a boon for the Taliban and help strengthen its hold on the cities it has captured,” he added.

Also read: Afghan Leaders: Where They Are Now and What They’re Saying

Earlier this week US National security adviser Jake Sullivan too conceded that the Taliban had gained significant amounts of military hardware and weaponry, which they took from the Afghan security forces and that the Biden administration was trying to determine its extent.

“We don’t have a complete picture, obviously, of where every article of defence materials has gone, but certainly, a fair amount of it has fallen into the hands of the Taliban. Obviously, we don’t have a sense that they are going to readily hand it over to us at the airport,” Sullivan cheekily told reporters at a White House briefing on Tuesday. He admitted that losing control of millions of Dollars of military supplies to an enemy is an example of the difficult choices a president faces in the context of the end of a 20-year war.

Meanwhile, military analysts said that in all likelihood the Taliban would be ‘circumspect’ in dealing with AFA and ANA personnel, as it needed many of them, especially fighter and helicopter pilots and engineering crews to operate and maintain their assets. They said that, in turn, this will doubtlessly guarantee an element of security for Afghan military men, thereby avert any armed clash between them and the Islamists for the present.

However, on a more portentous note, there was also the likelihood of Chinese and Russian military officials and technicians being granted access by the Taliban to some of these advanced US weapon platforms like UH-60A/S Black Hawk helicopters, as both countries were supportive of the incoming Islamists. Unlike other countries, both had not shut down their embassies in Kabul and fled and over the past several months had openly supported the Taliban. Hence, it is widely expected that, along with Pakistan, Beijing and Moscow would be amongst the first few countries to recognise the Islamic Emirate government once it was announced.

Leaving Afghanistan, it seems, was relatively easy for the US; not knowing what to do next remains the hard part. Washington’s predicament is also a reminder of an earlier Taliban warning to it over a decade ago when its leaders evoked the adage that while the US had the watches, the Islamists had the time.