Wang Yi expressed hope that the Taliban can draw a clear line between themselves and the East Turkistan Islamic Movement. 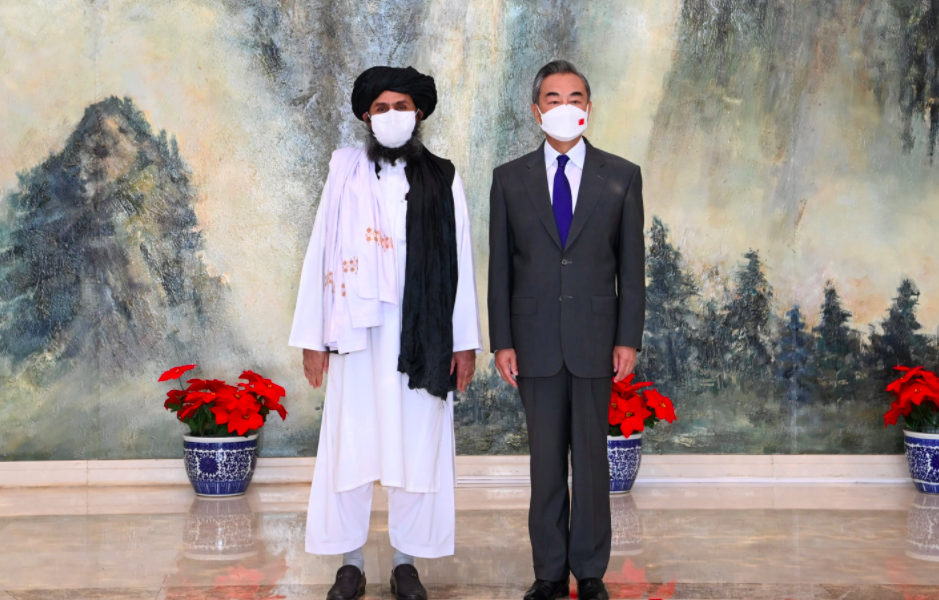 Beijing/Tianjin: A Taliban delegation led by Mullah Abdul Ghani Baradar on Wednesday made a surprise visit to China and held talks with Chinese Foreign Minister Wang Yi, during which the Taliban leader termed Beijing as a trustworthy friend and assured that the group will not permit anyone to use Afghanistan’s territory.

This is the first meeting between China and the Taliban amid the withdrawal of US and NATO forces from Afghanistan.

The ongoing offensive by the Taliban capturing a significant amount of territory from government forces has sparked concerns in China that the separatist Uighur militant group from its volatile Xinjiang province, the East Turkistan Islamic Movement, (ETIM) would infiltrate through its Afghan borders.

The Chinese Foreign Ministry spokesman Zhao Lijian has confirmed at a media briefing that the delegation led by Baradar met Wang at the port city Tianjin located close to Beijing.

The Ministry also posted photos of Wang with Baradar and his delegation.

@MFA_China
The Taliban delegation’s visit followed days after Pakistan and China announced plans to launch ‘joint actions’ in Afghanistan to drive out terrorist forces during the talks between Wang and Pakistan Foreign Minister, Shah Mahmood Qureshi at the Chinese city of Chengdu on July 25.

During Wednesday’s talks, Wang expressed hope that the Taliban can draw a clear line between themselves and the ETIM, Zhao said reading out a press release issued after the Wang-Baradar meeting.

Wang said that ETIM is a listed terrorist organisation that threatens territorial integrity. Fighting ETIM is a common cause of the international community.

He expressed hope that Taliban can draw a clear line between themselves and ETIM. That would create a favourable condition to eradicating terrorism.

He appreciated China’s fair and positive role in the reconciliation process, the press release said.

Afghanistan will not allow anyone to use the territory to do things that would undermine the interests of its people, Baradar said without mentioning ETIM.

The Afghan Taliban would also create an enabling environment for incoming investment and would make relevant efforts in this regard, he said.

Afghanistan has the sincerity in reaching reconciliation and would like to build an architecture that is acceptable to all factions, he said.

It (Taliban) will ensure the rights of women and children, he said.

After the hasty withdrawal by the US troops and other NATO allies, the Afghan people are faced with new opportunities of resting the development of their own nation in their own hands, he told Baradar.

Terming Afghanistan as an important military power, Wang said China is ready to play a constructive role in the peace and reconciliation process of Afghanistan.

We hope relevant sides can go ahead with peace talks, follow an inclusive policy, relevant factions groups in Afghanistan should implement the principle of Afghan-owned and Afghan-led approach and strive for substantive outcomes at an early date and build a political architecture suited to its own national conditions, he said.

The Taliban-China meeting took place after last week’s talks between Wang and Qureshi at Chengdu.

In a press release issued after the talks in Chengdu, Wang said, after in-depth communication, we decided to launch joint actions,” which included making “every effort to pursue peace, give top priority to avoiding the spread of war, and prevent Afghanistan from spiralling into a full-scale civil war.”

“We will work together to combat terrorism and push all major forces in Afghanistan to draw a clear line against terrorism, firmly combat the ETIM and other terrorist forces, and resolutely stop Afghanistan from becoming a hotbed of terrorism,” Wang said.

China and Pakistan will actively promote peace through talks, advance effective intra-Afghan talks, and take substantive steps towards political reconciliation and building a broad-based and inclusive political framework, he said.