The nomination sets up a confrontation between the Taliban and Afghanistan's fallen government envoy, Gram Isakuzai, who has held his post so far. 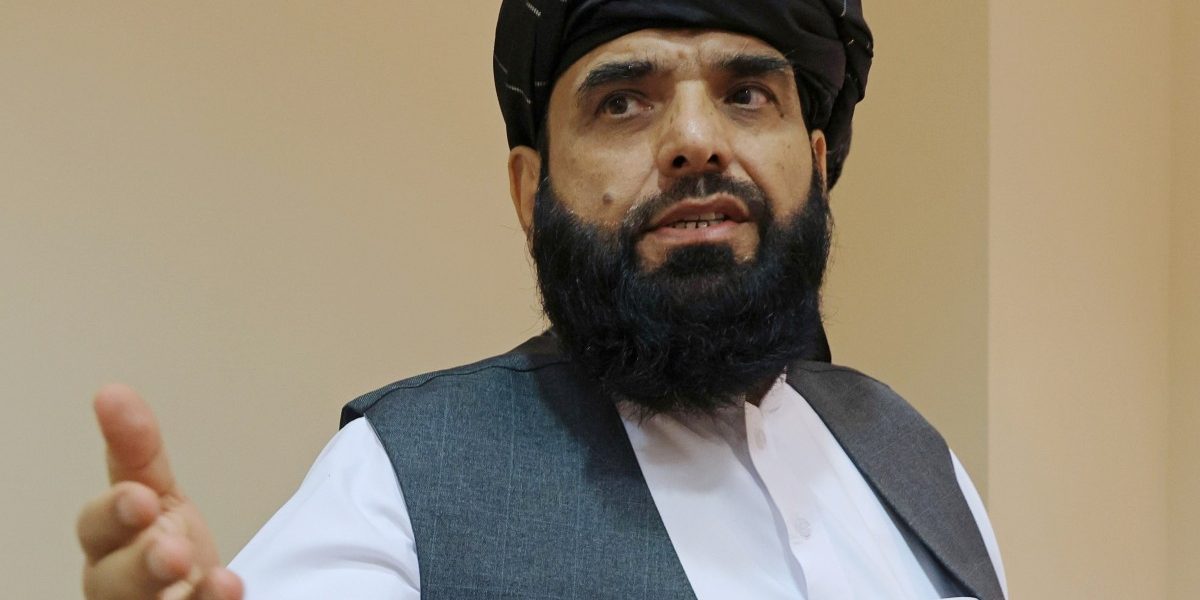 United Nations: The Taliban have written to Secretary-General Antonio Guterres nominating their spokesman Suhail Shaheen as Afghanistan’s new ambassador to the UN and have asked to participate and speak in the high-level 76th session of the General Assembly currently underway here.

The nomination sets up a confrontation between the Taliban and Afghanistan’s fallen government envoy, Gram Isakuzai, who has held his post so far.

The Taliban swept across the country last month, seizing control of almost all key towns and cities in the backdrop of withdrawal of the US forces that began on May 1. On August 15, the capital city of Kabul fell to the insurgents.

The Taliban claimed victory over opposition forces in the last holdout province of Panjshir on September 6, completing their takeover of Afghanistan three weeks after capturing Kabul.

In the letter, the Taliban requested to participate in the 76th session of the UN General Assembly taking place from  September 21 to September 27.

Farhan Haq, the Deputy Spokesman for the Secretary-General, told PTI that the letter also indicates that as of August 15, 2021, Mohammad Ashraf Ghani is ousted and (countries across the world) no longer recognise him as president .

Ghani, who had fled the country as the Taliban took control of Kabul on August 15, had appointed Isaczai as Kabul’s envoy to the UN in June 2021.

The Taliban letter further indicates that the mission of the Permanent Representative is considered over and that Isaczai no longer represents Afghanistan.

The Taliban have nominated the Doha-based spokesman Shaheen as Afghanistan’s new Permanent Representative to the UN.

“A new Permanent Representative, Mohammad Suhail Shaheen, is nominated,” according to the Taliban letter.

Haq said that on September 15, the Secretary-General had received a communication from the Permanent Mission of the Islamic Republic of Afghanistan to the United Nations signed by Ambassador Isaczai, containing the list of delegation of Afghanistan for the 76th session of the General Assembly.

Isaczai is listed as the head of the delegation.

The New York Times said in a report that Muttaqi wanted to speak at the General Assembly session.

The Credentials Committee will decide who represents Kabul at the UN and the two communications have set the stage for a showdown over who sits at Afghanistan’s seat in the 193-member world organisation.

The Committee is currently chaired by Sweden and includes the US, China, Russia, Bahamas, Namibia, Sierra Leone, Bhutan and Chile.

The Committee normally meets in November and no meeting of the Credentials Committee is currently scheduled, making it unlikely that a decision on the Taliban nominee will be taken before the end of the week-long General Debate.

As per the provisional list of speakers released by the UN, Afghanistan is listed as the last speaker on the last day of the General Debate on September 27. As of now, the Afghan diplomat Isaczai is listed as the speaker for Kabul.

The Committee reports to the Assembly on the credentials of representatives of the UN Member States.

As per the Rules of Procedure of the General Assembly, the credentials of representatives and the names of members of a delegation shall be submitted to the Secretary-General if possible not less than one week before the opening of the session.

The credentials shall be issued either by the Head of the State or Government or by the Minister for Foreign Affairs.

The Committee shall examine the credentials of representatives and report without delay.

As per the rules, “any representative to whose admission a member has objected shall be seated provisionally with the same rights as other representatives until the Credentials Committee has reported and the General Assembly has given its decision”.

This means the current Afghan envoy Iscazai and Myanmar’s Ambassador at UN Kyaw Moe Tun can continue to speak and participate in the UNGA until the matter is decided.

Following the coup in Myanmar, its military rulers have said the country’s Ambassador at UN Kyaw Moe Tun has been dismissed and they want Aung Thurein to replace him.

Isaczai has continued to represent Afghanistan at the UN in the days after the Taliban’s takeover of Kabul in August.

During the opening of the UN General Debate Tuesday, as US President Joe Biden addressed world leaders from the General Assembly podium, Isaczai sat in Afghanistan’s seat in the UNGA Hall.

Isaczai had also participated in the emergency meeting of the UN Security Council on the situation in Afghanistan in August, held under India’s Presidency of the 15-nation body.

Earlier this month, Isaczai had spoken in the General Assembly hall at the high-level forum on Culture of Peace, saying that the government announced by the Taliban is anything but inclusive.

Last week, President of the 76th session of the UN General Assembly Abdulla Shahid was asked about the situation in Afghanistan and Myanmar and by when would the Credentials Committee meet to decide who represents the two nations at the world body.

“Yes, I constituted the Credentials Committee according to the Charter of the United Nations and the standing orders. They will meet soon. Of course, the purpose of the committee is to try and resolve any issues that may come up and I will not prejudge the work that the committee will do. It will not be in line with the ethics of the President,” he had said.

With the Taliban announcing a 33-member Cabinet that has no woman member and includes UN-designated terrorists, Guterres has said we want naturally the Government of Afghanistan to be an inclusive government, representing the different sectors of the Afghan population.

Guterres has said that we decided that it was our duty to engage the Taliban, to create the conditions for the possibility of effective humanitarian aid, impartial, to reach all areas and to take into account our concerns in relation to women and girls, for instance, to engage the Taliban.