In its latest move to deter Beijing action, Taiwan hosted the unannounced gathering of about 60 parliamentarians from Europe, Asia and Africa, who back sanctions on China for aggression toward the island. 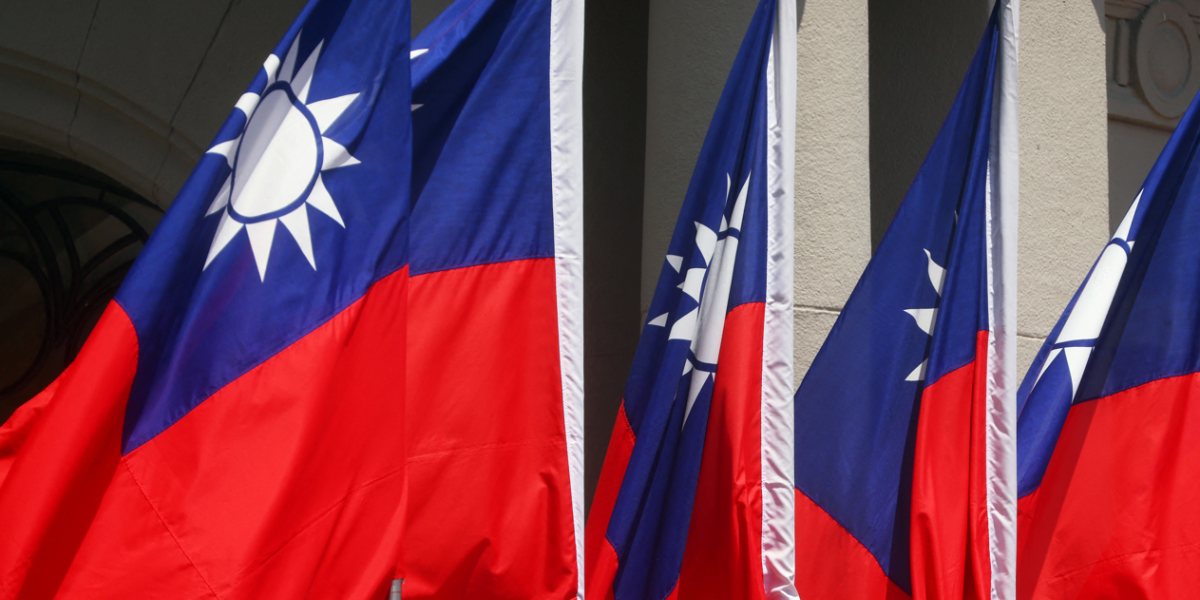 Washington: Taiwan’s de facto ambassador in Washington, Hsiao Bi-khim, hosted on Tuesday dozens of international lawmakers who back sanctions on China for aggression toward the island, a show of support for Taipei amid military pressure from Beijing.

The unannounced gathering of about 60 parliamentarians from Europe, Asia and Africa at Taiwan’s sweeping hilltop diplomatic mansion in Washington – called Twin Oaks – is the latest move in Taipei’s efforts to persuade fellow democracies to stand against China since Russia’s invasion of Ukraine heightened concerns that Beijing could attempt to take the island by force.

In Beijing on Wednesday, China responded that striving for Taiwanese independence and seperatism was “a dead end”, however.

The group, consisting of members of the Inter-Parliamentary Alliance on China (IPAC) meeting this week in Washington, is expected to sign a pledge to push their governments to adopt “greater deterrence against military or other coercive” actions by the People’s Republic of China (PRC) against Taiwan, according to a draft seen by Reuters.

“We will campaign to ensure our governments signal to the PRC that military aggression towards Taiwan will cost Beijing dearly,” the draft read.

“Economic and political measures, including meaningful sanctions, should be considered to deter military escalation, and to ensure trade and other exchanges with Taiwan can continue unimpeded.”

Their countries’ ties to Taiwan were not Beijing’s to determine, the draft added, and they would push to increase mutual visits by lawmakers.

Chinese President Xi Jinping has vowed to bring democratically governed Taiwan under Beijing’s control and has not ruled out the use of force.

Xi is set to secure a third, five-year leadership term at a Communist Party congress next month.

Sources familiar with the issue have told Reuters that Washington is considering sanctions against China to deter it from invading Taiwan, with the European Union facing diplomatic pressure from Taipei to do the same.

“It is important to demonstrate to the bully that we have friends too,” Hsiao told the guests, from countries such as Australia, Britain, Canada, India, Japan, Lithuania, the Netherlands, New Zealand and Ukraine, according to a list seen by Reuters.

“We are not seeking to provoke the bully, but neither will we bow to their pressure.”

The IPAC pledge, expected to be signed on Wednesday, also calls for countries to secure supply chains from forced labor in China’s far western region of Xinjiang, and pursue sanctions on Chinese officials for abuses in Hong Kong, and on Chinese companies which support Russia’s military industry.

In Beijing, asked about the gathering and pledge, a foreign ministry spokesperson said China was resolutely opposed to official engagement with Taiwan by any countries with which it has diplomatic ties.

“The Democratic Progressive Party authorities colluding with external forces and striving for Taiwanese independence and seperatism is a dead end,” the spokesperson Mao Ning, said on Wednesday, referring to Taiwan’s ruling party.

US Senate Foreign Relations Committee chairman Bob Menendez, who acts as the United States’ IPAC co-chair with Republican Marco Rubio, told an IPAC briefing at the Capitol on Tuesday that a US Bill to support Taiwan would face some changes during a scheduled review this week, but that the “thrust” would remain the same.

An initial version of that Bill threatens severe sanctions against China for any aggression against Taiwan, and would provide Taiwan with billions of dollars in foreign military financing in coming years.

Rubio said he believed the Biden administration was divided over how to approach prospective sanctions on China, and that although Beijing appeared to be taking steps to insulate itself from such actions, Washington needed be clear about the costs of hostility across the Taiwan Strait.

“It’s important for us to be prepared to proactively outline – whether it’s through legislation or through an executive announcement, exactly what the economic consequences will be if such an act of aggression goes forward,” Rubio told the briefing.

China held blockade-style military drills around Taiwan after US House Speaker Nancy Pelosi visited the island last month, a reaction Taiwan officials have credited for spurring an uptick in foreign engagement that Beijing views as a violation of its sovereignty claims over the island.

Taiwan also has been urging Washington, its largest arms supplier, to hasten already approved weapons deliveries that have faced delays because of supply chain issues and heightened demand from the war in Ukraine.

Republican US Representative Young Kim, who has written a Bill to track US arms sales to Taiwan, told Reuters in an interview that Hsiao had delivered a forceful message to Congress about ensuring those weapons systems reach Taiwan quickly.

“She’s said it in a hundred different ways that we appreciate the United States trying to get us the arms but don’t forget, it’s many years past due,” Kim said of Hsiao. “She’s very firm.“