One of the main ways in which the West now exercises it's self-proclaimed moral authority is by dominating international organisations. The most striking feature of the joint missile strike on three chemical facilities in Damascus by the US, UK and France on April 14, in retaliation to the alleged chemical weapon attack by Syrian government forces on Douma on April 6-8, is the assertion of an implicit white man’s burden to be the moral policeman of the world. Such a role is unsustainable since the international community has not elected them to act as the arbiters and enforcers of domestic state behaviour by other countries. Besides, it is hard to keep a straight face when informed that morality animates Donald Trump’s actions or that he has the capacity for moral reasoning.

In her speech in parliament on April 16 defending the strike as both lawful and justified despite lacking UN authorisation or parliamentary approval, British Prime Minister Theresa May used the word ‘humanitarian’ a total of 13 times, to refer to catastrophe, crisis, suffering, distress, access, support and even intervention. She insisted that the requirement for UN authorisation would effectively give Russia a veto on British foreign policy. May’s unilateralism would cause complete anarchy in world affairs.

The dominant British narrative of their civilising mission and role in fulfilment of the white man’s burden in the heyday of colonialism is also at odds with the natives’ own memories of rapacious and brutalising cruelty, including Winston Churchill’s responsibility for mass deaths by starvation in a famine because Indians did not deserve any better (see the accounts by Madhusree Mukerjee and Shashi Tharoor). The world is simply not going to accept such a role for the West today. The BRICS, in particular, have been exploring alternative institutional architecture so that the global governance wiring doesn’t run solely through Western capitals.

The West’s dominance of international organisations

One key means of exercising influence in the affairs and decisions of critical international organisations is to secure the top jobs in these organisations. The North Atlantic community, for example, operates a self-serving duopoly whereby an American always holds the top job at the World Bank and a European at the IMF.

Of the UN secretaries-general, four have been West European (Trygve Lie, Dag Hammarskjold, Kurt Waldheim, Antonio Guterres), two Asian (U Thant, Ban Ki-moon), two African (Boutros Boutros-Ghali, Kofi Annan) and one Latin American (Javier Perez de Cuellar). Assuming Guterres is re-elected for a second term, by 2027 Westerners will have held the office for 35 of the 82 years of UN existence, compared to 20 years by Asians, 15 by Africans and ten by a Latin American. In addition to Guterres being the former prime minister of a NATO country, the head of the Organisation for the Prohibition of Chemical Weapons (OPCW) is a national of a NATO country (Turkey), the head of the International Atomic Energy Agency (IAEA) is the national of a US ally that shelters under its nuclear umbrella (Japan), and the UN’s under-secretary-general for disarmament is also the national of a nuclear umbrella country (Japan).

The Africans’ choice for secretary-general when it was ‘their turn’ in 1992 was Tanzania’s Salim Ahmed Salim, but the US vetoed him repeatedly over multiple rounds until Boutros-Ghali emerged as the compromise candidate. His performance displeased Washington and in turn, his reappointment was vetoed by the US and Annan was chosen instead. Many will recall the nasty assault against Annan’s tenure when he had the temerity to suggest that the invasion of Iraq in 2003 was illegal under the UN Charter. 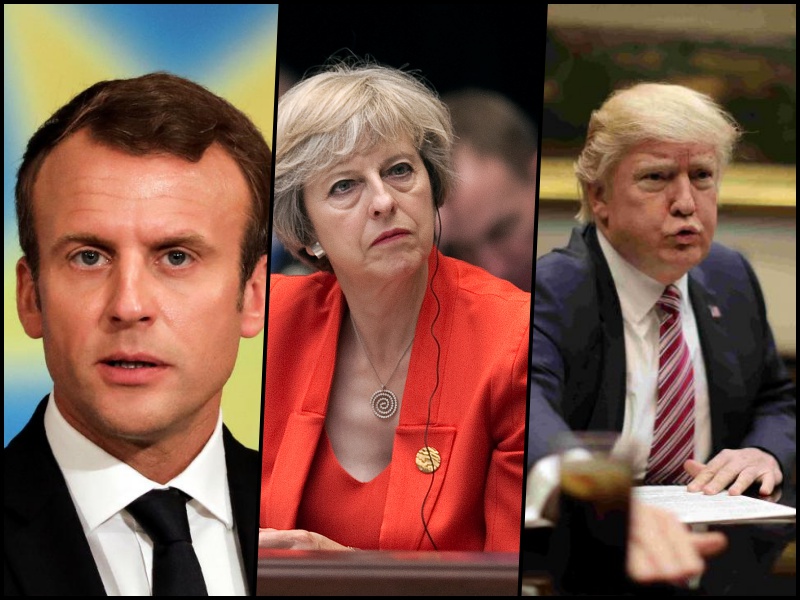 France, UK and the US fired 105 Tomahawk missiles into Syria. Credit: Reuters

The international community has proscribed the possession and use of chemical weapons. If they are used, there must be some mechanism and authority to enforce compliance. A key prior requirement is an impartial investigation by an independent agency to establish the facts and point the finger of criminality at the perpetrator. The OPCW is the world’s chemical weapons watchdog.

Its first director-general was the distinguished Brazilian diplomat José Bustani. In 2002, he tried to convince Iraq to sign the Chemical Weapons Convention so the OPCW could certify it was free of chemical weapons. In an ugly exercise of financial muscle, the US forced his ouster because, as Bustani confirmed a decade later, his effort to place OPCW inspectors in Iraq to certify the absence of chemical weapons would have impeded the US’s determination to eliminate Saddam Hussein. The Administrative Tribunal of the International Labour Organisation subsequently held Bustani’s removal to have been ‘unlawful’, observing that such an ‘unacceptable violation’ of the principles governing the tenure of international civil servants would render them ‘vulnerable to pressures and to political change’.

The campaign against Bustani was orchestrated by John Bolton, then the US undersecretary of state for arms control and international security. At a tense meeting in his office at The Hague in March 2002, Bustani was told by Bolton: “You have 24 hours to leave the organisation, and if you don’t comply with this decision by Washington, we have ways to retaliate against you.” Pause. “We know where your kids live.” This account was confirmed independently by British politician Stewart Wood, adviser to then Prime Minister Gordon Brown and Bustani’s son-in-law; plus Bob Rigg and Mikhail Berdennikov, Bustani’s former colleagues at the OPCW.

Today Bolton is Trump’s national security adviser. Given this background and the known personality traits of Bolton and his boss, as also their contempt for the UN system and their power of the purse in bending the UN to their will, how much confidence can we have in the autonomy, institutional integrity and professional impartiality of OPCW investigations?

The Western dominance extends to the UNSC as the geopolitical cockpit of world affairs. Three of the five permanent members – the very three that bombed Syria – are Western. The 60% dominance is wildly out of proportion to their population and economic weight in world affairs. Another three elected members are also Western (presently, the Netherlands, Poland and Sweden). Six of the 15 – 40% – is grossly disproportionate to the UN membership and global population distributions. As became evident in the effort by the UNSC on April 13 to authorise inspection by the OPCW, the decision to order a probe and set the terms of reference is never free of UNSC politics among the major powers.

On April 14, the UNSC rejected a Russian resolution calling for condemnation of the air strikes by a lopsided vote where only China and Bolivia supported Russia. With the UNSC refusing “to rebuke their violation of its own charter”, asks Jeff Faux, a founder of the Economic Policy Institute in Washington, “who now is left to defend the international rule of law?”

The non-Western ‘rest’ have the numbers to assert themselves in the UN system. A rare example of the states on the periphery reclaiming agency was the adoption of a humanitarian treaty for banning nuclear weapons in defiance of the P5 and most Western states. If they mostly prioritise their individual quarrels and self-interest over their collective self-interest and allow the Western powers to continue to ‘divide and rule’, they cannot reasonably criticise the West for their own lack of clarity, convictions and solidarity. The fault, dear Brutus, lies not in our Western stars, but in ourselves, that we are comfortable being underlings.