The nine-month sentence of Pablo Hasel, known for his virulently anti-establishment raps, has prompted debate over freedom of expression in Spain. 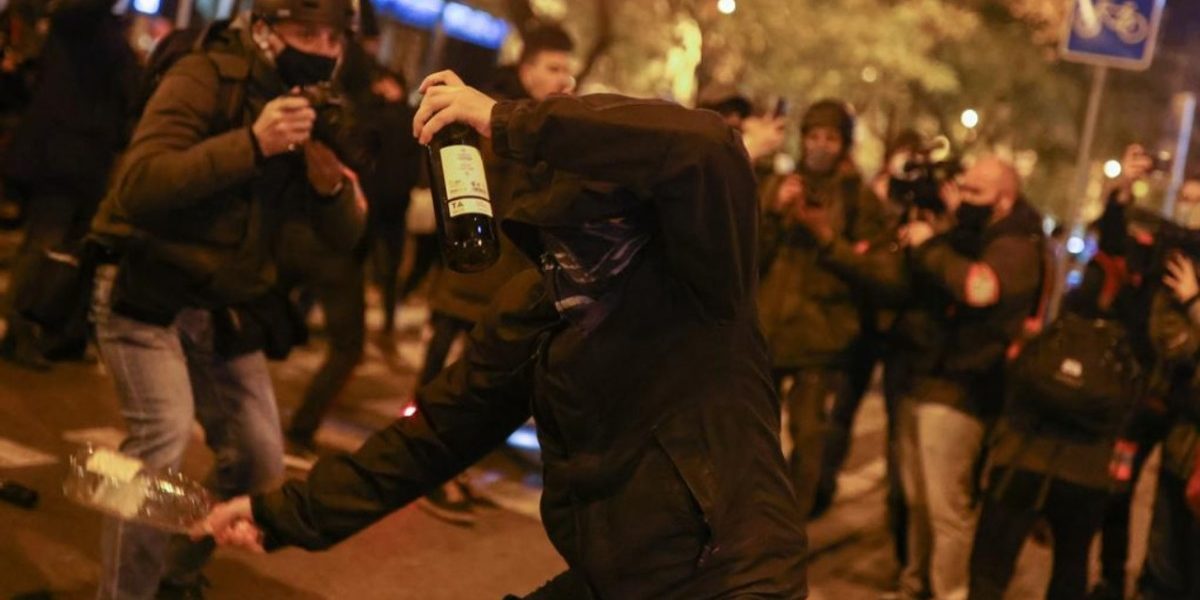 Supporters of Catalan rap singer Pablo Hasel take part in a protest against his arrest, after he was given a jail sentence on charges of glorifying terrorism and insulting royalty in his songs, in Barcelona, Spain, February 16, 2021. REUTERS/Nacho Doce

Barcelona: Protesters threw bottles, stones and rubbish containers at police in Barcelona on Sunday in a sixth night of clashes after a rapper was jailed for glorifying terrorism and insulting royalty in his songs.

The nine-month sentence of Pablo Hasel, known for his virulently anti-establishment raps, has prompted debate over freedom of expression in Spain and sparked protests that have at times turned violent. “You have taught us that being peaceful is useless,” read a banner carried by protesters.

Five people were arrested for robbing shops and a police officer was injured, according to a Twitter post by the Mossos d’Esquadra, the Catalan regional police force. About 1,000 demonstrators gathered in the city, local police said.

Protesters had looted shops on Saturday on Barcelona’s most prestigious shopping street, Passeig de Gracia, while also smashing windows in the Palau de la Musica concert hall. On Sunday, a lone man outside the concert hall shouted at protesters: “You don’t touch the Palau.”

Five nights of trashed shops and burned containers has caused €9,00,000 ($1.09 million) in damages in Barcelona, the city council said. “Apart from the economic damage, we have suffered damage to the image of Barcelona as a welcoming and peaceful city,” Luis Sans, president of the Association of Friends of Passeig de Gracia, told El Pais newspaper.

More than 95 people have been arrested across Catalonia and in other Spanish cities since Hasel was arrested and jailed on Tuesday. One woman lost an eye during clashes in Barcelona, triggering calls from politicians to investigate police tactics.

Oscar-winning actor Javier Bardem was among artists, celebrities and politicians who called for a change in the law covering freedom of expression. The Spanish government said last week it would scrap prison sentences for offences involving cases of freedom of speech.