Beyond her own personal humiliation, the ramifications of Park’s fall are already reverberating from domestic South Korean politics into the fraught geopolitics of Northeast Asia.

South Korea’s former president, Park Geun-hye, has been arrested on charges including extortion, bribery and abuse of power over an influence-peddling scandal that led to her impeachment by the National Assembly in December 2016. That decision was upheld by the constitutional court in March.

An election to decide on her replacement will be held on May 9, and it could see profound changes in South Korean foreign policy.

According to opinion polls, the most likely person to be elected president is opposition leader Moon Jae-in, of the liberal Democratic Party of Korea. A civil rights lawyer (and former Special Forces paratrooper during his military service), Moon was the campaign manager and chief of staff for his friend and political mentor, former president Roh Mu-hyun (February 2003 to March 2004 and May 2004 to February 2008).

A year after he left office, Roh died by jumping off a mountain cliff; his brother was indicted for corruption, and he and other members of his family had been under investigation.

Despite his ties to Roh, if Moon still manages to win the election by riding the wave of opprobrium against Park’s conservative Liberal Korea Party, he will confront serious domestic and foreign policy challenges.

Moon’s potential mandate will encompass his calls for reform of conglomerates, known in South Korea as chaebol. The head of the biggest of these conglomerates Lee Jae-yong was arrested in February for allegedly paying millions of dollars in bribes to Park’s friend and key player in the scandal Choi Soon-sil, who is also in custody.

Moon will need to address the nation’s worsening economic inequality, as well as employment insecurity and subsequent cost-of-living pressures that lay behind the public outrage and mass demonstrations which led to Park’s ousting.

In foreign affairs, Moon may seek to renegotiate the deal made by Park’s government at the end of 2015 with Japan, which promised compensation payments for the wartime abuse of Korean women as sex slaves (euphemistically known as “comfort women”). The deal is already under strain, as Japan’s ambassador to South Korea was recalled in February over a statue commemorating the sex slaves being placed outside the Japanese consulate in Busan. Similar statues have since appeared in other cities around the world.

Any deterioration in relations between Japan and South Korea will again frustrate long-running diplomatic efforts by the US to reconcile its key Northeast Asian military allies. Recently increased security cooperation, particularly in intelligence sharing, may also be under threat. 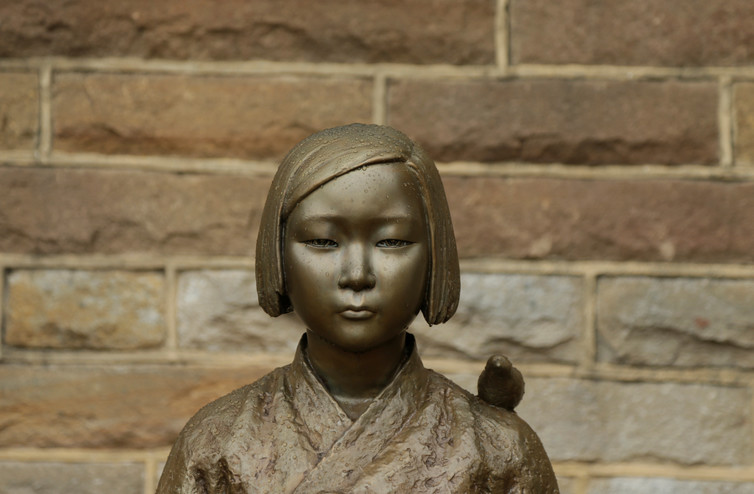 The most significant foreign policy issue to confront Moon will be in relation with the ever-belligerent Democratic People’s Republic of Korea (DPRK), and the US deployment to South Korea of the Terminal High Altitude Area Defense (THAAD) anti-ballistic missile system, decided on by the Obama administration in July 2016.

Moon has expressed a desire to improve relations with the North, and said he is willing to visit Pyongyang to do so. This raises the prospect of restoring the ‘Sunshine policy’ of the Kim Dae-jung (1998-2003) and Roh Mu-hyun governments, which saw extensive trade relations between the two separated countries from 1998 to 2008, including significant investment by South Korean companies, and family reunions and tourist visits to the North.

Under the oppressive rule of its authoritarian leader Kim Jong-un, North Korea would certainly exploit Moon’s ambivalent position on THAAD. Along with a rowdy anti-THAAD protest movement in South Korea, Kim could press for him to withdraw it as a precondition for any chance of resuming improved relations.

THAAD is also firmly resisted by China, which fears the system’s powerful radar will be used to monitor and potentially interdict its own strategic missile forces. Russia is similarly opposed, despite US declarations that THAAD is solely to counter the North Korean missile threat.

There is hence a risk that THAAD deployment may encourage China, North Korea and Russia to expand their nuclear arsenals further.

China has already taken a hostile posture towards South Korea over THAAD. Various products and services from the country, including highly popular television dramas and tours by K-pop performers have been banned; boycotts by Chinese tourists are being encouraged and stores run in China by the chaebol Lotte have been closed for “safety inspections”. South Korea has protested these actions to the World Trade Organization.

Moon is thus already under immense pressure from China, which poses a dire threat to any prospect of the economic recovery he hopes to restore. Should he become president, Moon will certainly head off promptly to Beijing in an attempt to assuage China’s concerns.

Meanwhile, the powerful South Korean military and intelligence service, the KCIA, would likely join the US in trying to convince Moon to hold firm on THAAD deployment.

On his first trip to Asia – covering Japan, South Korea and China – North Korea’s missile threat was US Secretary of State Rex Tillerson’s dominant concern. Tillerson declared in Tokyo and Seoul that past US policy towards North Korea had failed, and a “new approach” was needed.

Although no further details were offered, Tillerson stated that “all options were on the table”, implying that preemptive military strikes by the US against North Korea may be under consideration.

The first test of 2017 was conducted on February 11, during Japanese Prime Minister Shinzo Abe’s visit to the US. On March 6, a salvo of four missiles was launched by North Korea towards the Sea of Japan, landing the closest so far to the main Japanese islands. The US began deployment of the THAAD system in South Korea a day later.

The most recent missile test on March 22 was said by the US and South Korea to have been a failure. It came just after North Korea declared a successful test of a solid-fuel rocket engine, which is vital to its plans for developing operational intercontinental ballistic missiles and submarine-launched ballistic missiles. These would – theoretically, at least – be capable of reaching mainland US.

But despite US President Donald Trump’s recent condemnation of North Korea “acting very, very badly”, his administration is confronted with the same dilemma faced by all others since armistice was declared in the Korean War in 1953.

Any military action to punish North Korea risks escalation into a massively destructive war that could engulf South Korea and Japan, and threaten the stability of the Asia-Pacific region and the global economy. While the DPRK would face its own destruction in such a scenario, it has long calculated that the US would not risk such an escalation.

A withdrawal of THAAD from South Korea would be a clear strategic gain for North Korea, China and Russia. To compensate, the US would have no alternative but to deploy it to Japan, something Prime Minister Abe would be more than happy with.

Beyond her own personal humiliation, the ramifications of Park’s fall are already reverberating from domestic South Korean politics into the fraught geopolitics of Northeast Asia.

Craig mark is a professor at Kyoritsu Women’s University.