Contrary to what Moon Chung-in earlier said, the Blue House spokesman denied any relationship between the presence of US troops and peace treaty with North Korea. 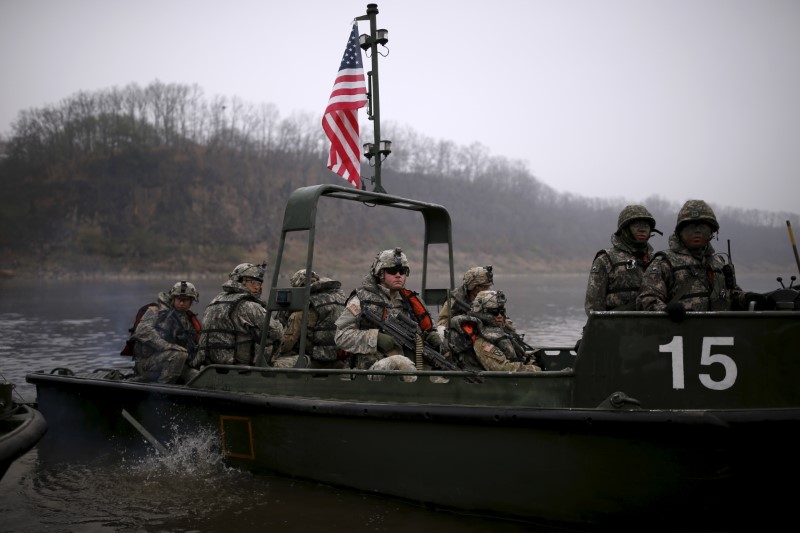 Seoul: South Korea said on Wednesday the issue of US troops stationed in the South is unrelated to any future peace treaty with North Korea and that American forces should stay even if such an agreement is signed.

“US troops stationed in South Korea are an issue regarding the alliance between South Korea and the United States. It has nothing to do with signing peace treaties,” said Kim Eui-kyeom, a spokesman for the presidential Blue House, citing President Moon Jae-in.

The Blue House was responding to media questions about a column written by South Korean presidential adviser and academic Moon Chung-in that was published earlier this week.

Moon Chung-in said it would be difficult to justify the presence of US forces in South Korea if a peace treaty was signed after the two Koreas agreed at an historic summit last week to put an end to the Korean conflict.

However, Seoul wants the troops to stay because US forces in South Korea play the role of a mediator in military confrontations between neighbouring superpowers like China and Japan, another presidential official told reporters on condition of anonymity earlier on Wednesday.

Presidential adviser Moon Chung-in was asked not to create confusion regarding the president’s stance, Kim said.

The US currently has around 28,500 troops stationed in South Korea, which North Korea has long demanded be removed as one of the conditions for giving up its nuclear and missile programmes.

However, there was no mention in last week’s declaration by Moon Jae-in and North Korean leader Kim Jong Un of the withdrawal of US forces from South Korea. Kim and Moon Jae-in pledged to work for the “complete denuclearisation” of the Korean peninsula.

US troops have been stationed in South Korea since the Korean War, which ended in 1953 in an armistice that left the two Koreas technically still at war.

Moon Jae-in and Kim have said they want to put an end to the Korean conflict, promising there will be “no more war” on the Korean peninsula.