Sons of Iraq: Mosul Will Only Recover If We Heed the Lessons of the US Invasion

Even when ISIS is defeated, unless different groups can repair their relationship, violent extremism will remain, and peace in Iraq will stay elusive.

After months of fighting, Iraqi Security Forces have finally regained control of the eastern half of Mosul, the last urban stronghold of ISIS in Iraq. They are now advancing on the city’s west.

The recapture of the northern Iraqi city will be a strategic victory for Iraq and its international partners. But did it ever have to come to this?

Violent opposition has gone up like a mushroom cloud in Iraq since the early years of US occupation. The US military believed that buying people’s hearts and minds with cash was an effective tool to counter against the opposition. Things did not always work out that way.

Back in 2003, shortly after taking control of Baghdad, US forces discovered millions of dollars of loot taken by the Ba’athist Party during its rule. The US government decided to use it as the seed funding for the Commander’s Emergency Response Program (CERP).

The CERP aims to rebuild the country by funding hundreds of small-scale projects on water and sanitation infrastructure, food production, health care, education, and transport. And research shows that these small projects have improved the security situation in Iraq in the short term.

But the hearts and minds strategy may not be as effective as it appears in the case of Iraq. Aid can fuel conflict by creating incentives for looting, and providing a fertile ground for criminal activities. It is frequently stolen en route and induces fraud and corruption.

This new resource base can strengthen rebels’ capacity in an armed struggle. And many Iraqis see this foreign assistance as occupation forces simply giving them a tent after burning down their home. 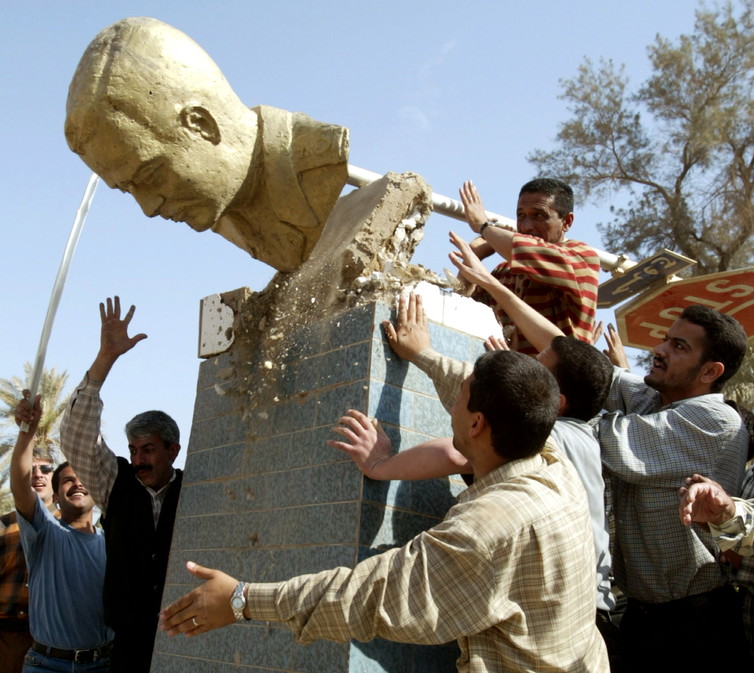 The relationship between different religious groups is a decisive determinant of aid effectiveness in Iraq, and it was crucial in this case.

After the US invasion, the Shia-led government had the chance to reduce the enmity of the Sunni population towards them. To this end, part of the emergency response funds were used to sponsor the Sons of Iraq programme, which paid Sunnis to become security providers.

Sons of Iraq had two effects in the short term – it rewarded people who chose to stop fighting and, it gave incentives to local people to cooperate with security forces by providing them with local intelligence. After the introduction of the programme, the number of attacks in Iraq between 2007 and 2012 decreased.

According to the plan, the government of Iraq would offer participants, most of them Sunni, a job in the security sector or civilian ministry. But in the end, only a small number of Sunnis were lucky enough to get a government job. Worse still, there were reports that the Shia-led government arrested, tortured, and murdered Sunni members of the programme.

Between 2009 and 2013, former prime minister Nouri al-Maliki gradually dismantled the programme, and filled Iraqi security forces with Shias; Sunnis began to be excluded in Iraqi society once more. This stirred up religious tensions between the two groups. The conflict escalated, leading to a massacre in Hawija in 2013, where hundreds of Sunnis were killed in clashes with security forces.

The case of Mosul

Mosul has long been a site much-contested between different religious groups. These include Sunni and Shia Arabs, Kurds and Assyrian Christians. The complex tribal structure of the region and its proximity to the Syrian border make governing the area almost impossible.

Fearing a perception of favouritism towards Sunnis, the US tamed the Sons of Iraq programme in Mosul. But doing so contributed to the rise of insurgency in the region. It has had the unintended consequence of making Mosul a safe haven for members of al-Qaeda in Iraq, who were repelled from Baghdad, Anbar, and Diyala.

By now, all the conditions were set for a firestorm. Angry people were gathered in Mosul, willing to fight for whichever group was ready to overthrow the government.

Arguably, if the Shia government took the chance to absorb more Sunnis into the regime according to the original plan, ISIS, which stormed onto world stage in June 2014, taking both Fallujah and Mosul in the space of a few months, would have found it more difficult to initiate a war that has since become a political crisis at the global level. 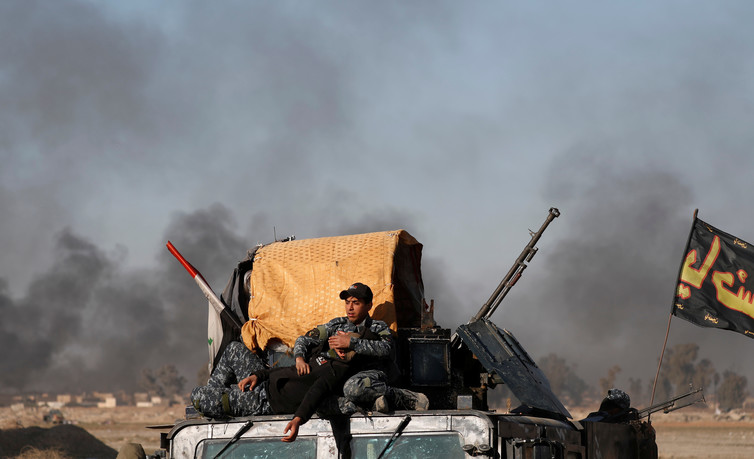 While there is still a long way to go before a decisive victory in Iraq, it is time to plan ahead.

What can the international society do to prevent ISIS from re-emerging?

Humanitarian assistance is necessary for rebuilding houses and infrastructure destroyed by rockets and car bombs. But as the military advancement of the past few months shows, the key to success is cooperation that transcends religious and ethnic identities.

On one hand, the Shia-dominated security forces and Kurdish Peshmerga need intelligence from local citizens, mainly Sunni Arabs. On the other hand, local people require the help of the security forces to free them from ISIS’s harsh rule.

Behind the major identity fault lines between Sunni and Shia lie numerous grassroots-level rivalries over land and resources that have led to decades-long enmity. To achieve sustainable peace, different community members have to reach reconciliation. At the minimum, all groups should realise that no one is more righteous than the other.

Studies have found that cross-ethnic interactions in unions, theatres or even playgrounds can explain why Hindu-Muslim riots are less common in some places than others.

In this light, donors should fund social and urban design projects that help to build more inclusive, safe and resilient cities for all Iraqis. Hopefully, through these small steps, disparate groups can begin to reach a national-level reconciliation.

Even when ISIS is defeated, unless different groups can repair their relationship, violent extremism will remain, and peace in Iraq will stay elusive. Donor funding must be directed to programmes that help bridge divides.

Pui Hang Wong is a PhD Fellow at the United Nations University.