Should Elections Be Called off Because of the Coronavirus Pandemic? 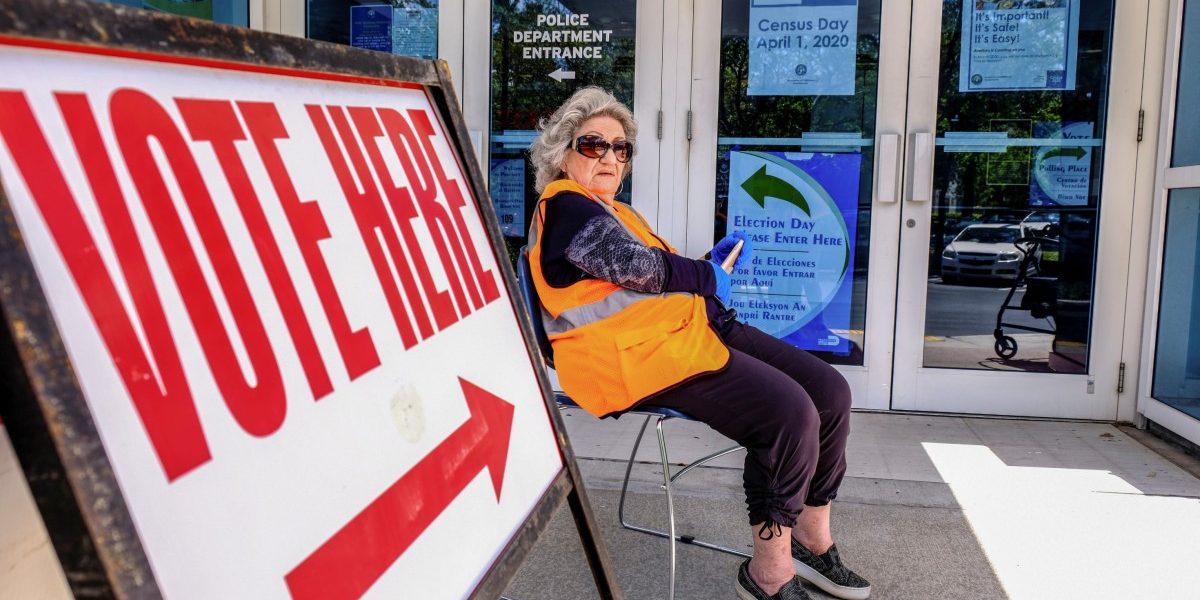 A poll deputy wears gloves as a preventive measure against the outbreak of COVID-19 during the Democratic presidential primary election in Miami, March 17, 2020. Photo: Reuters/Maria Alejandra Cardona

Local elections scheduled to take place in England and Wales in the first week of May – including the London mayoral vote – have been postponed as part of attempts to contain the spread of the novel coronavirus in the UK. Following advice from medical experts, the UK government decided to hold off until May 2021.

Across the English Channel, French President Emmanuel Macron considered cancelling mayoral and municipal elections but later judged that they should take place as planned. The first round of voting went ahead on March 15 “to ensure the continuity of our democratic life”. 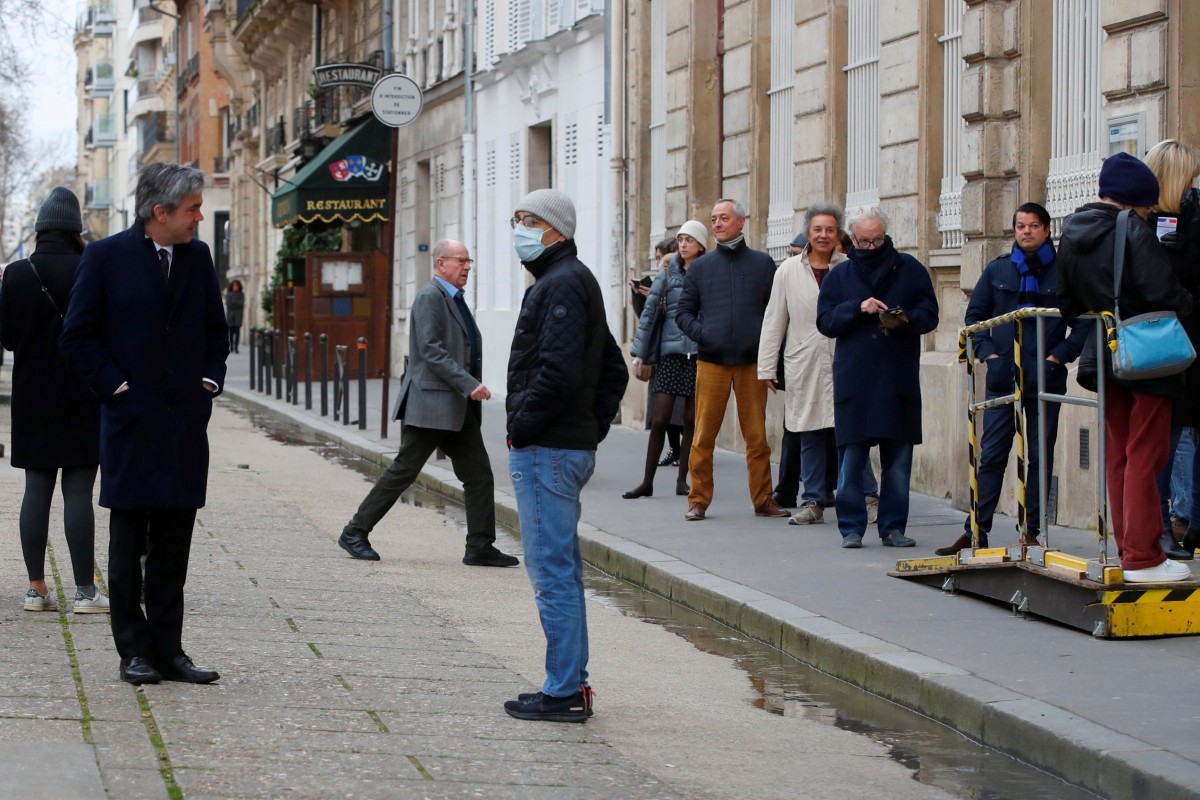 A man, wearing a protective mask, waits outside of a polling station before voting during the first round of mayoral elections in Paris as France grapples with an outbreak of COVID-19, March 15, 2020. Photo: Reuters/Gonzalo Fuentes

Some lower-profile contests might not be mourned by the public during times of major concern, but their absence raises the question of whether other elections should be postponed. Votes are on the horizon in 2020 for Mali, Armenia, North Macedonia, South Korea, Serbia, Bolivia, Poland, Malawi, Iceland, Mongolia, Dominican Republic, Ethiopia, New Zealand, Hong Kong, Ivory Coast, and the US, to name just some.

Should these events be cancelled? There are pros and cons to both sides of the debate.

Also read: Why Are Young Americans Not Going to Vote?

Elections have been rescheduled before, of course. In 2018, the Democratic Republic of Congo delayed the presidential contest because of Ebola. In 2001, the UK general election was held off because of the spread of foot and mouth disease across the country.

The most obvious (and important) reason for postponing an election is the health of everyone involved. Elections should be the opposite of “social distancing”. They are public events that deliberately bring together people to exchange ideas and transmit infectious arguments about the future direction of a community. They should involve candidates and their supporters reaching out to the public to get the vote out. Door knocking, leaflet distribution in busy city centres, and mass rallies with activists drumming up support are all signs of a healthy election. Democratic US presidential candidates Joe Biden and Senator Bernie Sanders do an elbow bump in place of a handshake on March 15, 2020. Photo: Reuters/Kevin Lamarque/Files

Elections are also supposed to be a time for talking. Simply holding an election is insufficient because citizens should actively consider their interests and the issues; weigh up competing arguments made by candidates; and discuss them around the dinner table, in the coffee shop and street corner.

Then, on election day, citizens turn up to polling stations and are handed a ballot paper. In many countries, electronic kiosks are installed requiring each voter to touch a screen to cast their ballot. It isn’t just the voters that we should be concerned about, but staff who often work full days (and nights) to keep democracy moving.

My research with Alistair Clark, reader in politics at Newcastle University, shows that in the UK, for example, the poll worker labour force is made up of mostly women (63%) with an average age of 53 and they are very often retired. In some countries, serving as a poll worker is a compulsory civic duty.

Turnout is also likely to be hit if an election is held during an epidemic because many people may stay away from the polls. Iran saw low turnout in its February 2020 elections amid the coronavirus outbreak. 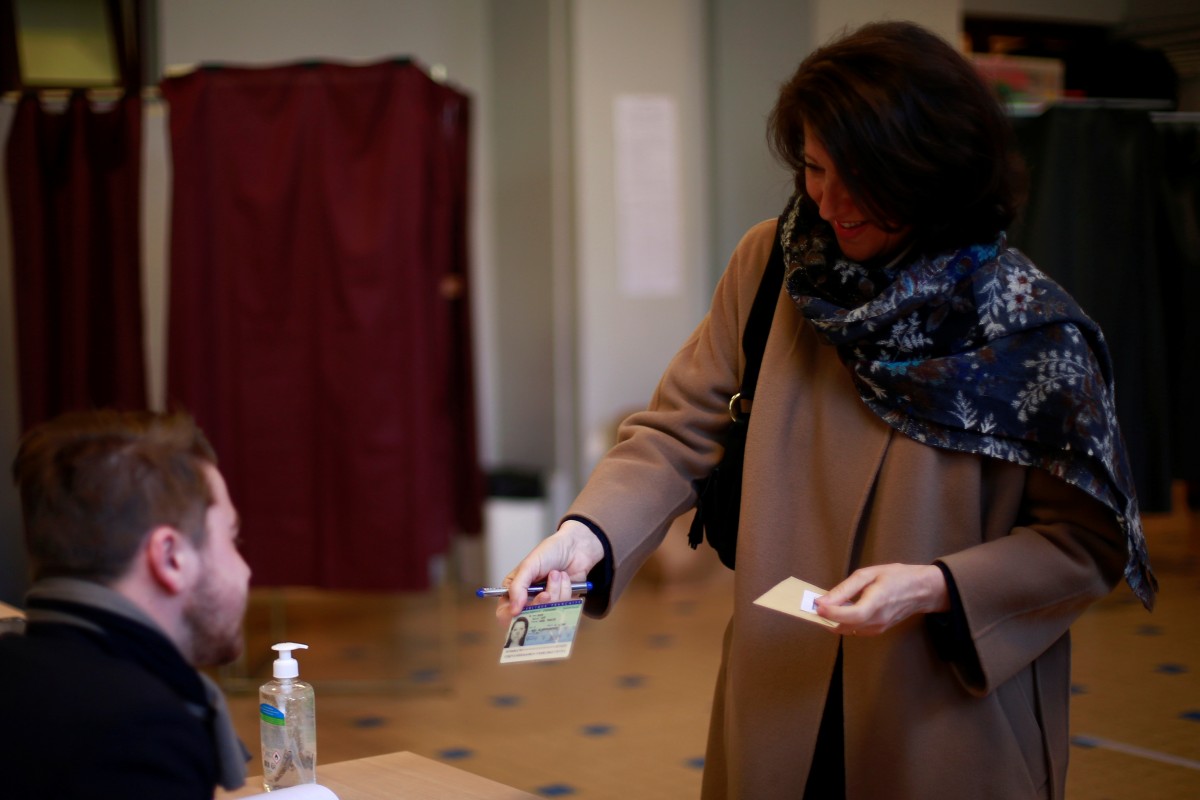 Lower turnout as a whole is bad for democracy but there is also the question of whether turnout could end up being lower among particular demographic groups. There is always an unevenness in who votes and coronavirus could introduce significant new inequalities because elderly voters and those with underlying health conditions may decide to stay away from the polls just in case. Holding elections at a time when some demographics are at higher risk would seem to confound the principle that the electoral process should provide equality to everyone and that measures should be put in place to mitigate and address turnout inequalities.

The dangers of waiting

Postponing a vote could, however, mean that leaders and representatives who are not necessarily doing a good job will remain in office for longer. Citizens will be temporarily denied their right to shape public policy – perhaps at exactly the moment that they need to. Robert Harrison, 96, arrives to vote while wearing a mask to prevent exposure to novel coronavirus, in Hamilton, Ohio, US, March 12, 2020. Photo: Reuters/Bryan Woolston

In some cases, there will be a concern that a government may capitalise on a crisis to avoid holding an election at all. If one is postponed because of coronavirus, will it be rearranged? If so, when? Incumbent governments could be given an opportunity to reschedule at a moment when the opinion polls are more favourable. Postponement should, therefore, be the last resort so that we can be reassured that democratic life will continue. Where postponement is on the cards, cross-party consensus on a clearly agreed timetable for rescheduling is crucial. Democracy relies on responsible political parties, who should act as custodians for the process and not be opportunistic.

The need for elections to be postponed is much weaker where there are is already the provision of postal voting and/or remote electronic voting, for example, to allow citizens to vote from home. These are obvious workarounds for epidemics that could be expanded. This is already possible in many countries. South Korea is currently putting emergency mechanisms in place so that citizens can vote from hospitals ahead of the April 2020 elections.

The coronavirus pandemic is a reminder of the unexpected risks involved in running an election, albeit on an epic scale. It’s impossible to run an election at a time like this – or during a natural disaster – without making some compromises. These votes will never end up being the democratic ideal. But postponing poses risks to democracy, too. Contingency planning is the best hope of keeping the electoral show on the road.