The 'Democratic Voice of Burma' news agency confirmed the detention of Kaung Myat Hlaing in a statement and called for his release. 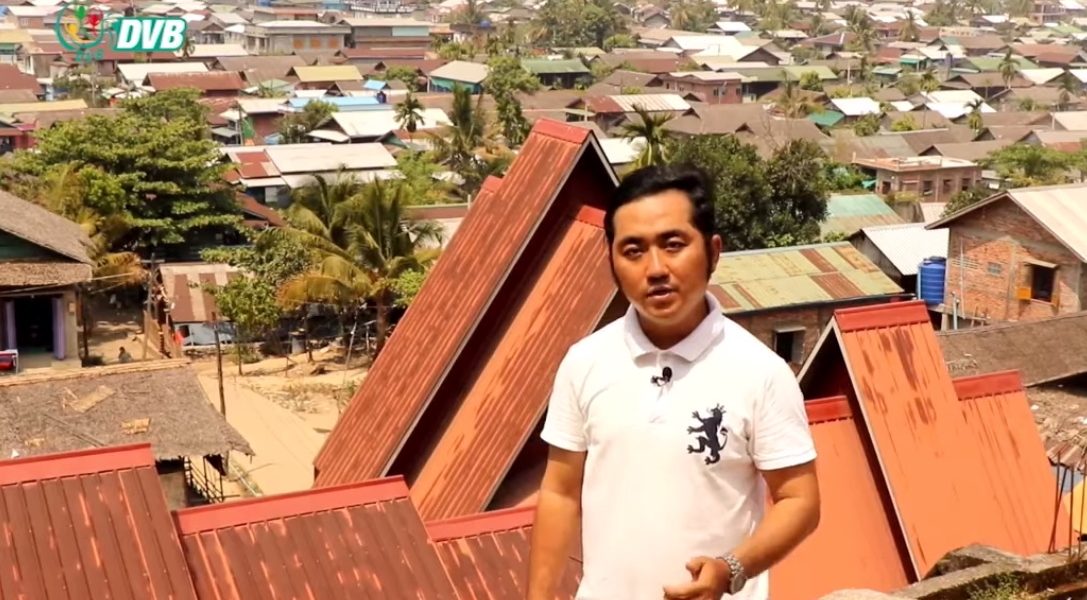 Kaung Myat Hlaing (also known as Aung Kyaw), a journalist with the Democratic Voice of Burma poses in an unknown location in this picture obtained by Reuters on March 2, 2021. Photo: DVB TV/Handout via Reuters

A Myanmar journalist live-streamed police shooting close to his apartment as they detained him in a crackdown on protesters against military rule.

“Help, help. They’re shooting at me,” Kaung Myat Hlaing, a reporter for the Democratic Voice of Burma (DVB), can be heard shouting in the video taken in the southern coastal town of Myeik.

The video is shot from a first-floor balcony, where clothes are drying on a line, as police shine a light from the street below and shout at him to come down. There is the sound of someone apparently pulling at the front door and then a puff of smoke appears on the balcony, accompanied by what sounds like gunfire.

The DVB news agency confirmed the detention of Kaung Myat Hlaing in a statement and called for his release as well as the release of other detained journalists.

An officer who answered the telephone at the Myeik Township Police Station said news of the reporter’s detention had not been confirmed and hung up.

Also read: At Least 18 Die in Myanmar on Bloodiest Day of Anti-Coup Protests

Six journalists have been arrested at protests in the main city of Yangon over recent days. They have all been charged under a penal code section making it a crime to publish material that could cause a soldier or other service member “to mutiny or otherwise disregard or fail in his duty”, Tin Zar Oo, a lawyer for an Associated Press journalist among the six, said on Tuesday.

The Associated Press called on Monday for the immediate release of journalist Thein Zaw.

The military overthrew the elected government on February 1, 2021, detaining its leader, Aung San Suu Kyi, and others and unleashing street protests across the country.

The spokesperson for the junta has not addressed the issue of the arrest of journalists in the protests and has not responded to telephone calls from Reuters seeking comment.

Many people have taken to live-streaming the protests and, increasingly, police efforts to disperse them.

The DVB said about half a dozen military and police cars surrounded its reporter’s street at about 10:30 pm on Monday, after protests in the town earlier in the day. The DVB said it did not know what kind of guns or rounds were fired, but it believed police were threatening the reporter but not firing at him.

The coup halted Myanmar’s tentative steps towards democracy after nearly 50 years of military rule and has drawn condemnation and sanctions from the United States and other Western countries, and growing concern among its neighbours.