In the month since the army mounted a coup, security forces have killed at least 42 people at demonstrations, according to a tally from medics aligned with the protest movement. 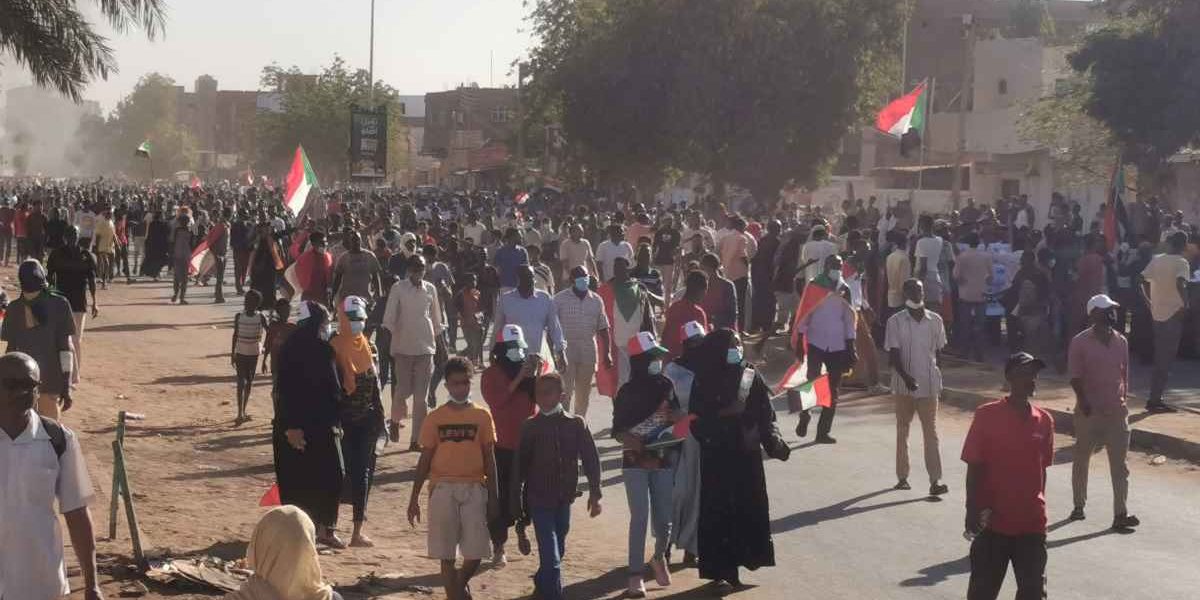 Khartoum: Mohamed Abdelsalam had been planning to help his 18-year-old son Mido emigrate from Sudan to Saudi Arabia. Instead, the youth was fatally wounded with a gunshot to his chest as he protested against a military takeover on October 25.

“He was an unarmed youth, at the start of his life, and he was my support,” Abdelsalam said, speaking at his home in a humble district in Bahri, which adjoins the capital Khartoum.

In the month since the army mounted a coup, security forces have killed at least 42 people at demonstrations, according to a tally from medics aligned with the protest movement.

Many of the victims were in their teens or 20s. The youngest was 13-year-old Rimaz Hatim al-Atta, who the Central Committee of Sudanese Doctors said was shot in the head outside her house.

Military leader Abdel Fattah al-Burhan told the Financial Times this week that 10 protest deaths had been recorded, and were being investigated. He blamed the deaths on the police or armed political factions.

The police have acknowledged a single protester death and have denied using live ammunition on protesters. A police spokesperson could not be reached for comment.

The deaths loom over an agreement reached this week to restore ousted Prime Minister Abdalla Hamdok to office, hardening opinion against the security forces.

Protest organisers have vowed to escalate their demonstrations until the military is driven from power altogether, rejecting the deal to bring back Hamdok.

Further protests on Thursday were held in the name of “loyalty to the martyrs” – not only those killed since the coup but also dozens of protesters killed during an uprising that toppled autocrat Omar al-Bashir in 2019.

This week’s deal lets Hamdok nominate a cabinet of technocrats, and provides for an investigation into casualties among security forces and civilians. But it makes no mention of a 2019 commitment for military leader Burhan to hand over his role as head of a body called the Sovereign Council to a civilian ahead of elections in 2023.

“Our young people died for a civilian and democratic government and this agreement is rejected by the Sudanese people,” said Abdelsalam.

Witnesses and activists said the crackdown on protests became increasingly violent in the days leading to the deal with Hamdok.

Bahri, one of the capital’s two sister cities across branches of the Nile, was particularly hard hit. As people poured into the streets after hearing of the coup, the neighbourhood had been “besieged by tear gas and then gunshots”, said Mido Abdelsalam’s aunt, Eman Anwar.

His funeral procession and others have turned into protests, as angry chants mixed with cries of mourning.

On November 17, the deadliest day of protests, medics recorded 16 deaths. At least nine of those killed on November 13 and November 17 died after being shot in the head, neck, or chest, including at least one shot by a sniper, and 50 others were wounded by live ammunition, Amnesty International said.

Mazen, 33, from Bahri, says he was shot in the knee that day and saw many others around him badly injured. “The police were shooting with no limit,” he said.

At the hospital “all around him were lots of injured – girls in the spring of their youth, boys the age of my son and younger,” said his mother, Tahany Amer.

“There was blood on the ground and the hospital couldn’t do first aid because of how many there were. I wish people could have seen what was happening,” she said.