'The Future of History' Reveals Russia's Slide to Totalitarianism Under Putin

Russian-American writer Masha Gessen has won the 2019 Leipzig Book Fair Award for European Understanding for a book that takes a sharply tuned look at why democracy fell short in Russia after communism ended. 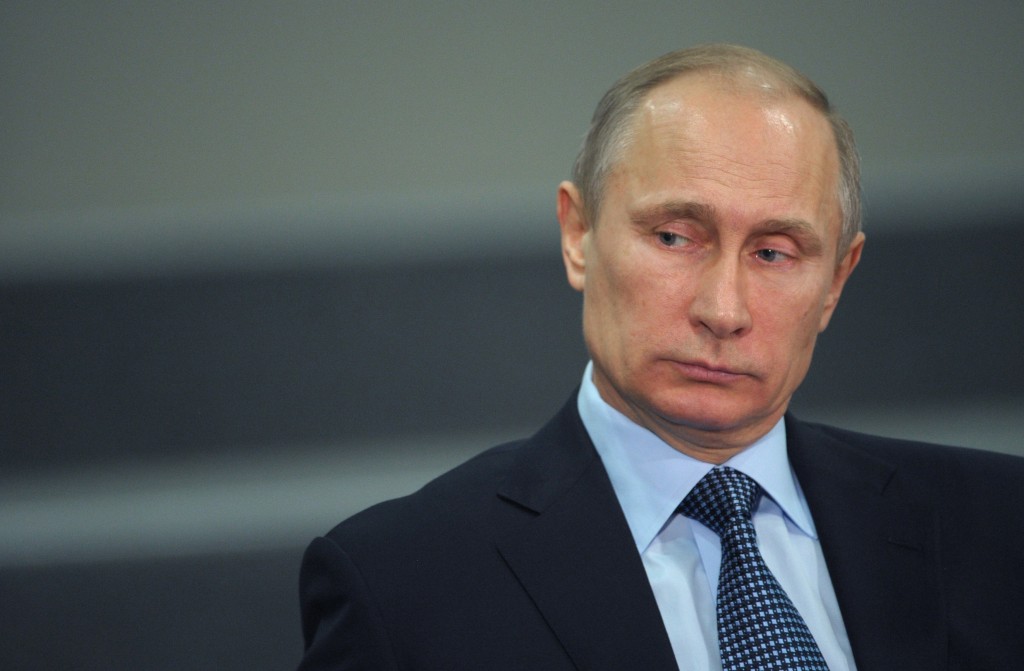 Some people believe Russian influence helped bring Trump to power. Prominent journalist Masha Gessen is not one of them. This position has made her a target for criticism. Masha’s brother, also a journalist, described how she’s been called “a paid propagandist for Putin” in a recent interview in The New Yorker, where Masha Gessen is a staff writer.

How ironic since Gessen is considered one of Russian President Vladimir Putin’s toughest American critics.

On Wednesday, Gessen will be honoured with the Leipzig Book Fair’s Award for European Understanding for her award-winning book The Future Is History: How Totalitarianism Reclaimed Russia (2017). Its overarching argument: Putin is on his way to building a new totalitarian state.

Gessen has migrated multiple times over the course of her life. She was born in Moscow in 1967 to a family of Jewish intellectuals. In 1981 the family immigrated to the United States. As a young journalist during the late 80s, Gessen reported on Russia’s supposed breakthrough to liberty and democracy. In 1994 she returned to Russia, where she wrote for Russian and American print publications.

It was there that she met her current wife, adopted a child, became an activist for democracy, human rights and LGBT rights and began to write books.

In 2011 she published her revealing biography of Putin, The Man Without a Face: The Unlikely Rise of Vladimir Putin. Gessen is one of very few journalists who has spoken directly with the Russian president. To this day she keeps careful track of his every utterance.

Gessen is a dual US and Russia citizen. In 2013, as she faced the prospect of losing her son following restrictions to the rights of foreign gay couples to adopt children, she and her family emigrated once again.

The death of Russian democracy

“I spent my 30s and 40s documenting the death of a Russian democracy that had never really come to be,” Gessen writes in the prologue of The Future is History. Why was freedom never firmly grasped? Why was democracy never really desired in Russia? These are the starting points of her book. In order to answer them, Gessen placed seven characters at the centre of the over 500-page work. Four of them – Zhanna, Masha, Seryozha, and Lyosha – are early 1980s babies who experienced the breakup of the Soviet Union in their childhood. The other three are social scientists – the psychoanalyst Marina Arutyunyan, the sociologist Lev Gudkov and the philosopher and far-right political activist Alexander Dugin – who share their own experiences of the Soviet and post-Soviet era, how they finally gained a measure of freedom to understand their surrounding system, and how this broke down as they lost the intellectual tools they needed to make sense of the world.

Gessen documents the lives of her protagonists from their own subjective points of view while embedding them in analyses of history, politics and intellectual thought that reach back to the 20th century. The book sometimes reads like a scholarly work, rather than the “long Russian (nonfiction) novel” Gessen says she imagined herself to be writing.

None of the four young protagonists’ lives have been straightforward or without disruption. Zhanna Nemtsova’s father, Boris Nemtsov, a prominent liberal politician and outspoken Putin critic, was murdered in 2015 while walking on a bridge near the Kremlin in Moscow. The same year his daughter came to Germany, where she works for the DW’s Russian TV program. Masha, the other female protagonist, squeaks by on halfway legal transactions before joining the protest punk group Pussy Riot and other opposition groups.

Seryozha grows up behind a wall of privilege; his grandfather, Alexander Yakovlev, was a top-ranking Soviet politician who advocated in the 80s for reform. Seryozha himself becomes critical of Putin’s government and joins the street protests for opposition politician Alexei Navalny.

Lyosha, who is gay, bravely comes out and then fights for the inclusion of LGBT topics in the curricula of a provincial university. He loses his position as a docent in Perm, a city near the Ural mountains.

Gessen depicts Russia’s development as a slippery slide into a mafia state with Putin as the godfather. The return of nationalist values, the regime’s expansion of the intelligence agency and organised crime play a significant role in the post-communist vacuum of the 90s. The “homo sovieticus,” it seems from Gessen’s book, was never overcome, thereby hindering the dawn of freedom.