Authorities in Russia now have the power to disconnect users from the global internet in line with a controversial new law. 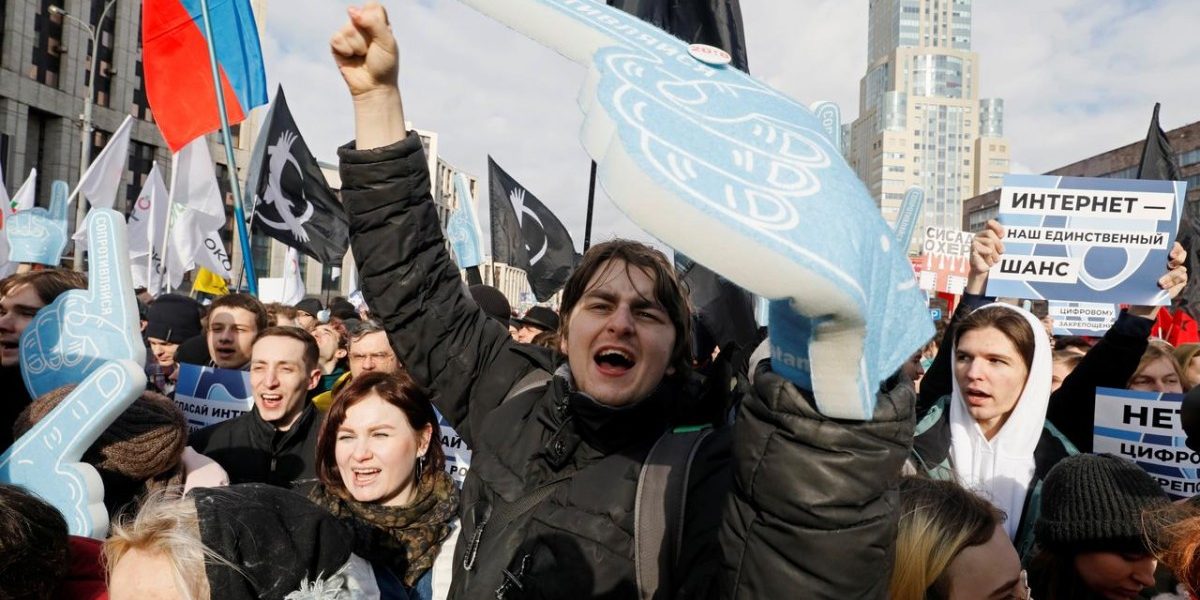 People shout slogans during a rally to protest against tightening state control over internet in Moscow, March 10, 2019. Photo: Reuters/Shamil Zhumatov

A new law that went into effect in Russia on Friday takes “internet censorship in Russia to a new level,” press freedom advocacy group Reporters without Borders (RSF) says.

Under the new law, Russian authorities can theoretically isolate the country from parts of the global internet. The government says the law aims to keep the Russian network functioning smoothly in the event of a crisis or external attack. However, critics warn that the new rules will allow censorship of content that is unwanted by the Kremlin under the pretext of an undefined “security threat.”

Digital freedom activist groups such as RSF say the law will allow authorities to block content without telling the public what has been blocked and why.

“It proves that the Russian leadership is ready to bring the entire network infrastructure under political control in order to cut off the digital information flow whenever needed,” said Christian Mihr, the executive director of RSF Germany.

“Even if the new regulations may not be fully enforceable, they show how extensively internet freedom is threatened in Russia,” Mihr said.

Thousands have demonstrated against the law, which was signed by President Vladimir Putin in May.

Russia’s business association, the Russian Union of Industrialists and Entrepreneurs, has warned that the law could lead to a “catastrophic failure” of communications networks in Russia.

It also said that it would be difficult to separate Russia from foreign servers responsible for carrying much of the business transaction activity of Russian corporations.

RSF ranks Russia 149th out of 180 countries in terms of press freedom.