Russia is holding three-day parliamentary and regional elections. And the anti-Kremlin opposition is facing an uphill struggle. 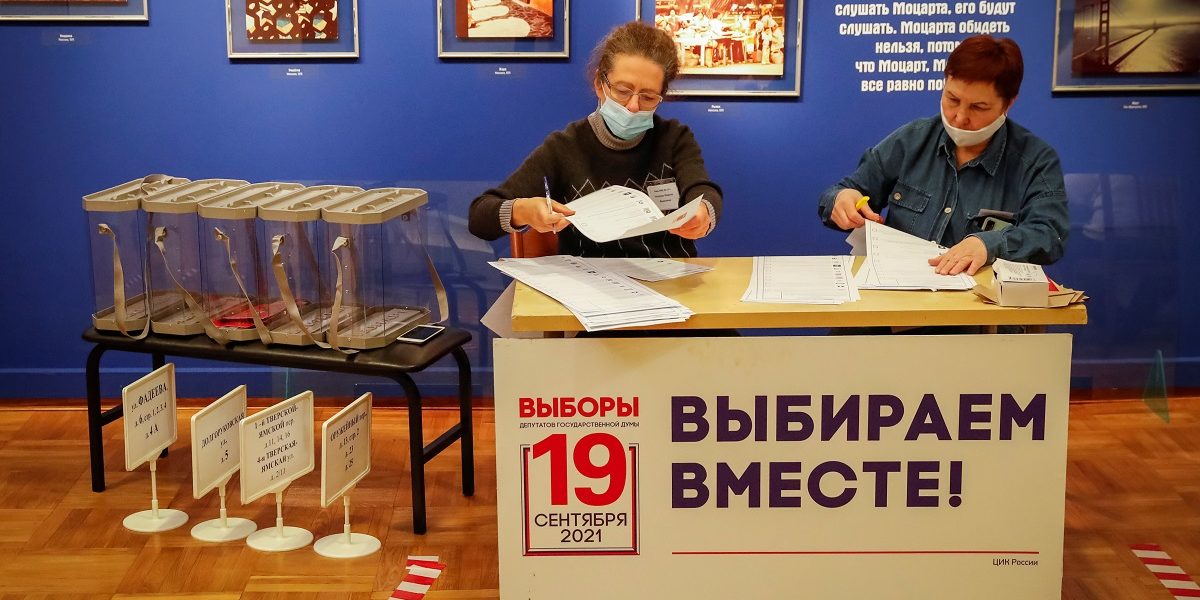 Members of a local election commission check ballots at a polling station ahead of a three-day parliamentary vote in Moscow, Russia September 16, 2021. Photo: Reuters/Shamil Zhumatov

In early September, a Moscow court ruled that neither Google, nor its Russian equivalent Yandex, may show results for the search term “Umnoje golosowanije,” or “vote smart” in Russian. The decision is the culmination of a lawsuit in which a sheep wool trader from southern Russia, who had patented the term, sought to protect the trademark.

Imprisoned Russian opposition leader Alexei Navalny created a platform with the exact same name – “vote smart” – to weaken the ruling United Russia party by promoting opposition parties and candidates. Its website went online on September 15, only to be blocked by the country’s telecommunications agency. Activists involved with the project, however, say the “vote smart” app remains operational.

The platform has proven a powerful tool in recent years. It helped opposition candidates win almost half of all single-mandate constituencies at the 2019 Moscow city elections. The city’s leading United Russia candidate lost to a Communist.

While opposition candidates have never had it easy in Russian elections, this year’s vote could prove particularly challenging. Russia has classified Navalny’s Anti-Corruption Foundation (FBK) as ‘extremist’ and disbanded the organisation since his imprisonment. This move has prevented Navalny supporters from participating in elections. Several of his allies have gone into exile. “The Kremlin sees Navalny as a real threat because he is able to mobilise voters through the internet,” explains opposition lawmaker Vladimir Milov.

Russia’s few prominent opposition figures have either been banned from running in the upcoming election, or forced to flee abroad. Boris Vishnevsky of the Liberal Yabloko party has held a seat in St. Petersburg Legislative Assembly for years. He is now running for re-election against two near-identical doppelganger candidates, who happen to have the exact same name as him. Vitaly Averin of election monitoring group Golos – Russian for “voice” – says that “thousands” of opposition candidates have been barred from the September elections. He deems the upcoming vote “unfair.” 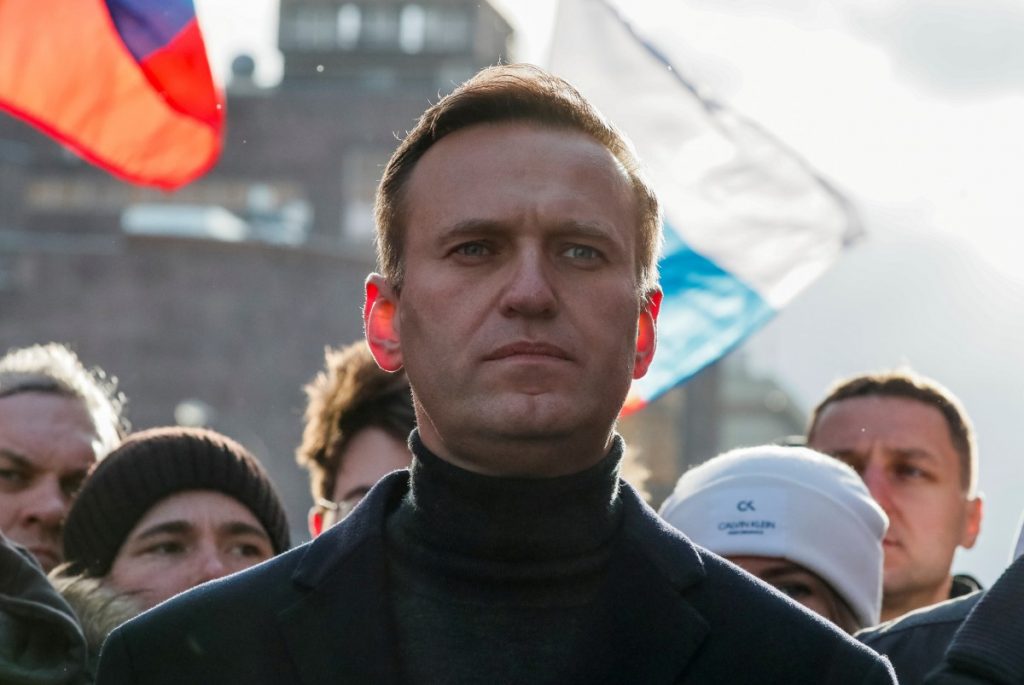 The balance of power in Russia’s State Duma, the lower chamber of the Russian parliament, is unlikely to change. United Russia is expected to win the most votes out of all 14 parties competing in the election. The Communists, right-wing populist LDPR and left-wing nationalist A Just Russia party will most likely be re-elected into parliament as well.

Yet nothing is set in stone. While the Communists are currently polling at around 20%, Vladimir Putin’s United Russia party faces historically low approval ratings. At one point, state-owned polling firm VCIOM even recorded ratings dipping below 30%. It predicts United Russia will nevertheless take 42% of the vote – a drop of over ten percentage points compared with its 2016 result.

In a bid to boost its appeal, the party is fielding popular defence minister Sergei Shoigu as its lead candidate – instead of party chairman and ex-prime minister Dmitry Medvedev. This is the first time Medvedev is not leading the party candidates’ list. Foreign minister Sergey Lavrov will also stand for election.

The party expects strong support from voters in eastern Ukraine’s Russian-backed separatist republics. Russian authorities say some 600,000 residents in these self-proclaimed republics have been granted Russian citizenship. They may now cast their vote in person, or online. Ahead of the poll, one-off payments were also made to pensioners and “siloviki” – members of the armed services and intelligence agencies. Opposition figures lambasted the payments as an attempt to bribe potential voters.

Disaffection has been on the rise in recent years, chiefly due to the climbing costs of living. Nobody knows for sure, however, how many Russians have grown disillusioned. The Levada Center, an independent pollster, is banned from publishing survey findings on the matter ahead of the vote, as it has been designated a “foreign agent” – a label those affected reject. Opposition online news outlet Meduza and independent television channel Dozhd – Russian for “rain” – were recently designated “foreign agents,” too. Internet censorship has increased tremendously. A Dozhd video was blocked on YouTube for featuring calls for Navalny’s release. Some Russian media outlets are now speculating whether internet censorship will become the new normal like in China.

Ella Pamfilov, who chairs the central election commission, has said media outlets classified as “foreign agents” are free to report what they want. There exists no body, however, to document potential breaches. Russia has said it would only permit 60 election observers into the country because of the coronavirus pandemic. The Organization for Security and Co-operation in Europe (OSCE), which had planned to send 500 observers, then called off the mission altogether. It is the first time since 1993 that the organization will not be monitoring a Russian election.

Five election observers will, however, be sent from the parliamentary assembly of the Council of Europe.