Russia, Ukraine Agree to Cease-Fire by Year-End at Paris Talks

In addition to implementing a cease-fire, the two sides also agreed to a prisoner exchange. 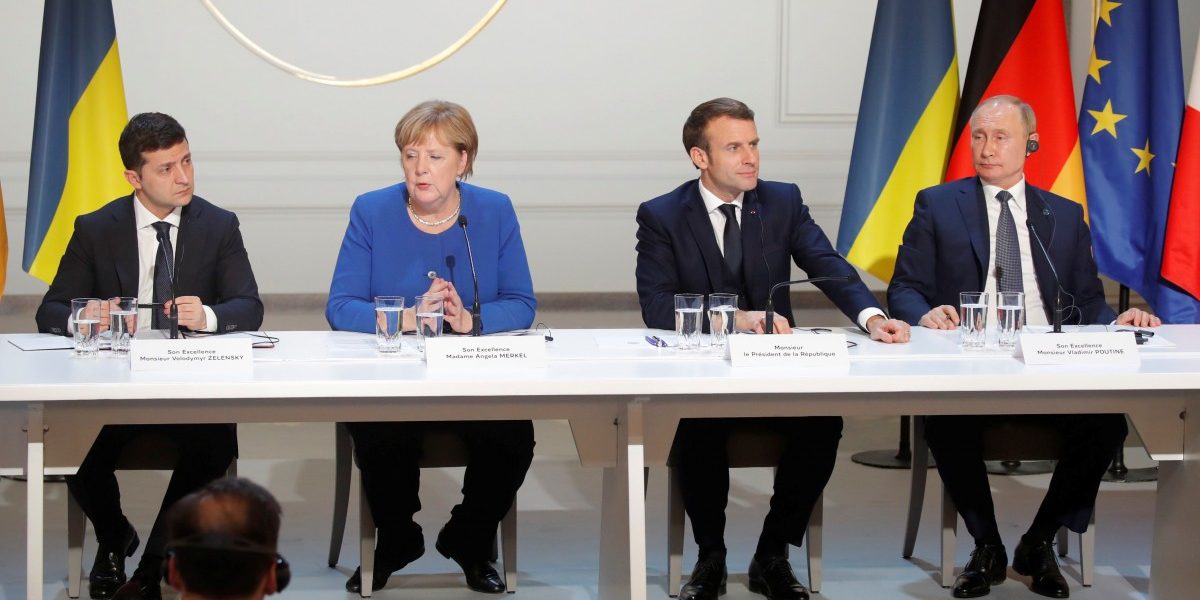 Russian President Vladimir Putin and his Ukrainian counterpart Volodymyr Zelensky agreed to implement a cease-fire in eastern Ukraine by year-end, following their first meeting on Monday at a summit in Paris mediated by France and Germany.

The four-way summit with the leaders of Germany and France also led to all sides agreeing to implement an “all for all” prisoner exchange by the end of the year.

Zelenskiy, who met Putin in person for the first time, has made resolving the conflict in the country’s east a priority of his presidency.

German Chancellor Angela Merkel said the outcome of the meeting gave renewed momentum on reviving a 2015 peace agreement for eastern Ukraine that has stalled.

“I say very openly, we have a lot of work to do but my feeling from this meeting here today is that there is goodwill to resolve difficult questions,” Merkel told a joint news conference with the leaders of France, Ukraine, and Russia. 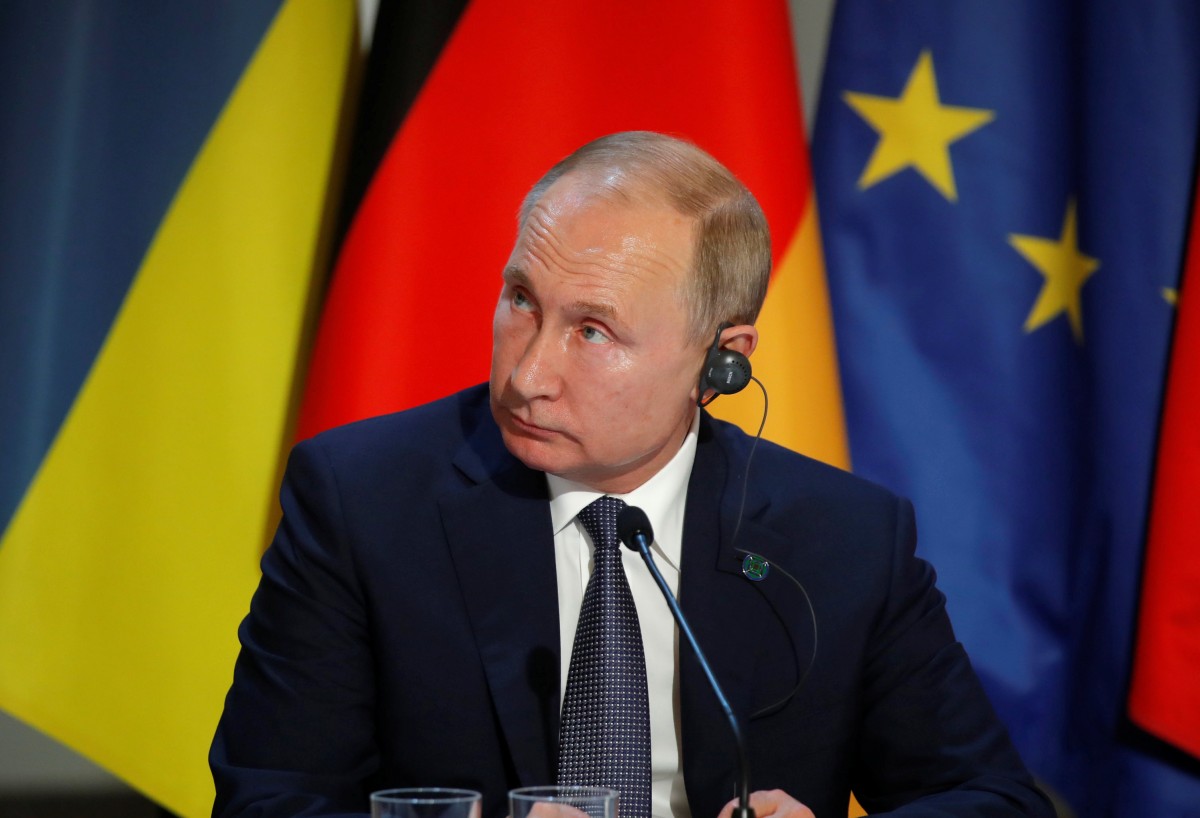 Some 13,000 people have died since fighting between pro-Russian separatists and Ukrainian soldiers began in 2014.

The Paris meeting aimed to get a 2015 peace agreement signed by Ukraine and Russia in Minsk back on track. Brokered with help from France and Germany, the accord called for the withdrawal of heavy weapons, the restoration of Kyiv’s control over its borders, and wider autonomy and local elections for the separatist regions. The last time the four national leaders gathered in the so-called Normandy format was in 2016.

French President Emmanuel Macron said Ukraine and Russia failed to agree on a calendar for elections in eastern Ukraine, but that he hoped the two sides could reach a compromise within four months. 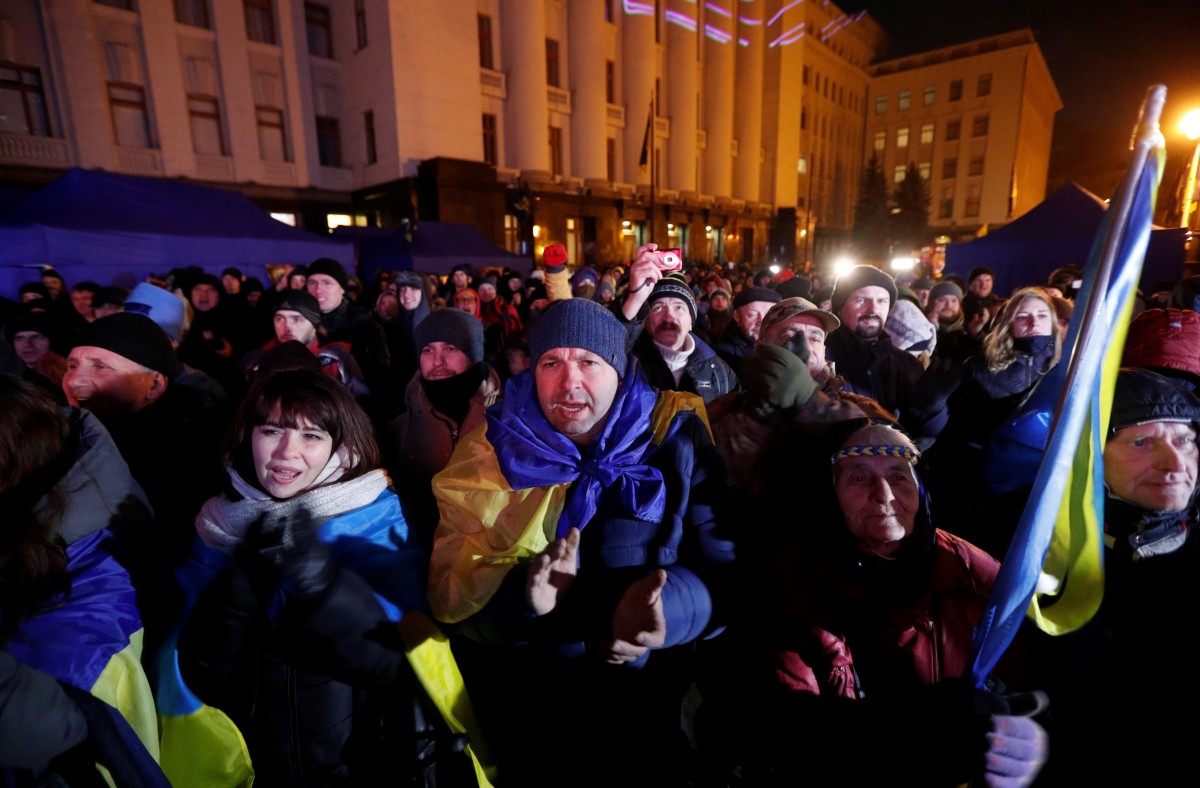 Protesters watch a joint news conference after a Normandy-format summit during a rally outside the presidential office in Kiev, Ukraine December 10, 2019. Photo: Reuters/Valentyn Ogirenko

“We know there are disagreements on the calendar and phasing and we had a long discussion on it, but we said let’s give ourselves four months to articulate the security and political conditions for these local elections,” Macron told the news conference.

Also read: In Photos: Peace in Ukraine May Depend on Young Men Who Have Only Known War

Zelenskiy wants to adjust the agreement’s timeline to allow Ukraine to take back control of its border with Russia before local elections in the separatist regions, rather than afterward as stipulated in the accord. Moscow has objected to any change to the timeline.

Despite some progress in the talks, Zelenskiy said he had hoped to achieve more.

“Many questions were tackled and my counterparts have said it is a very good result for a first meeting. But I will be honest, it is very little, I wanted to resolve a larger number of problems,” he said after the talks in Paris. 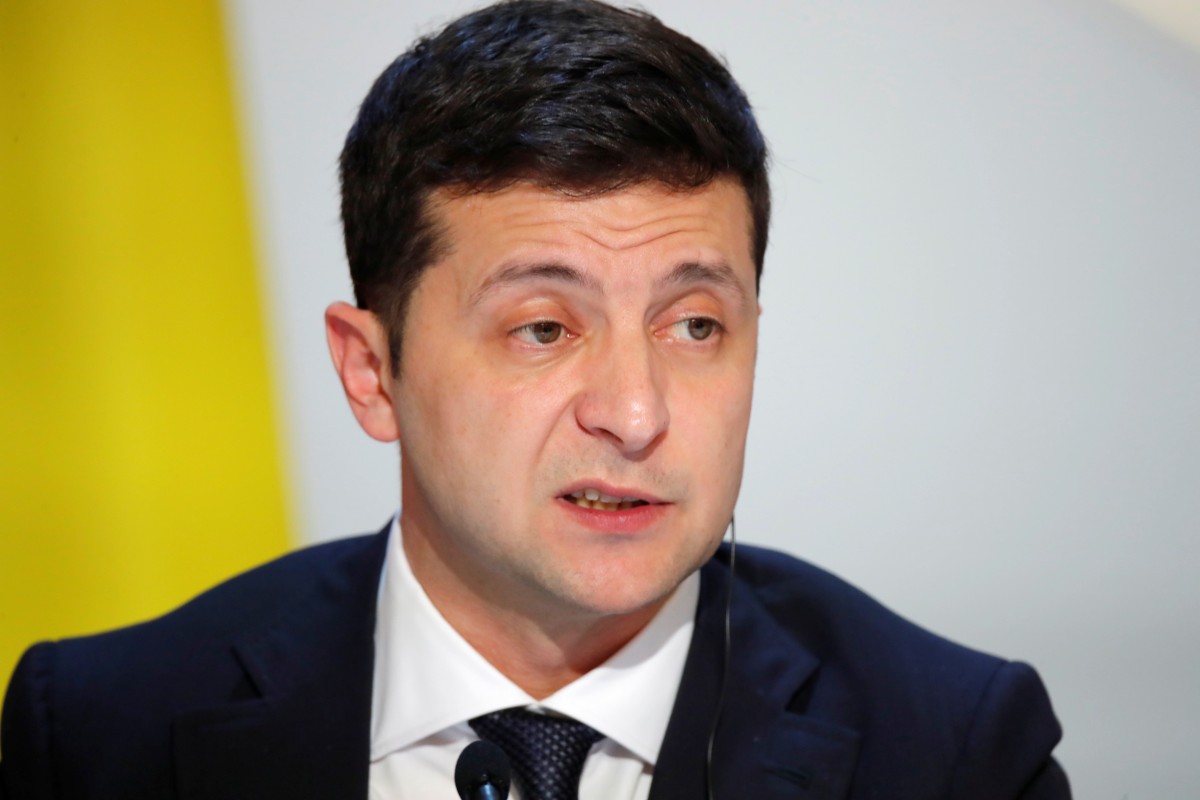 Putin said Ukraine should give autonomy to the rebel-held regions in line with the deal and also approve legislation granting amnesty to the rebels.

Monday’s summit built on progress in recent weeks, including a prisoner exchange deal between Ukraine and Russia, and the two countries’ pledge to pull back troops from the front lines in eastern Ukraine.