As the violence against the Rohingyas community continues in Rakhine, Aung San Suu Kyi and her government, is facing criticism for doing too little. 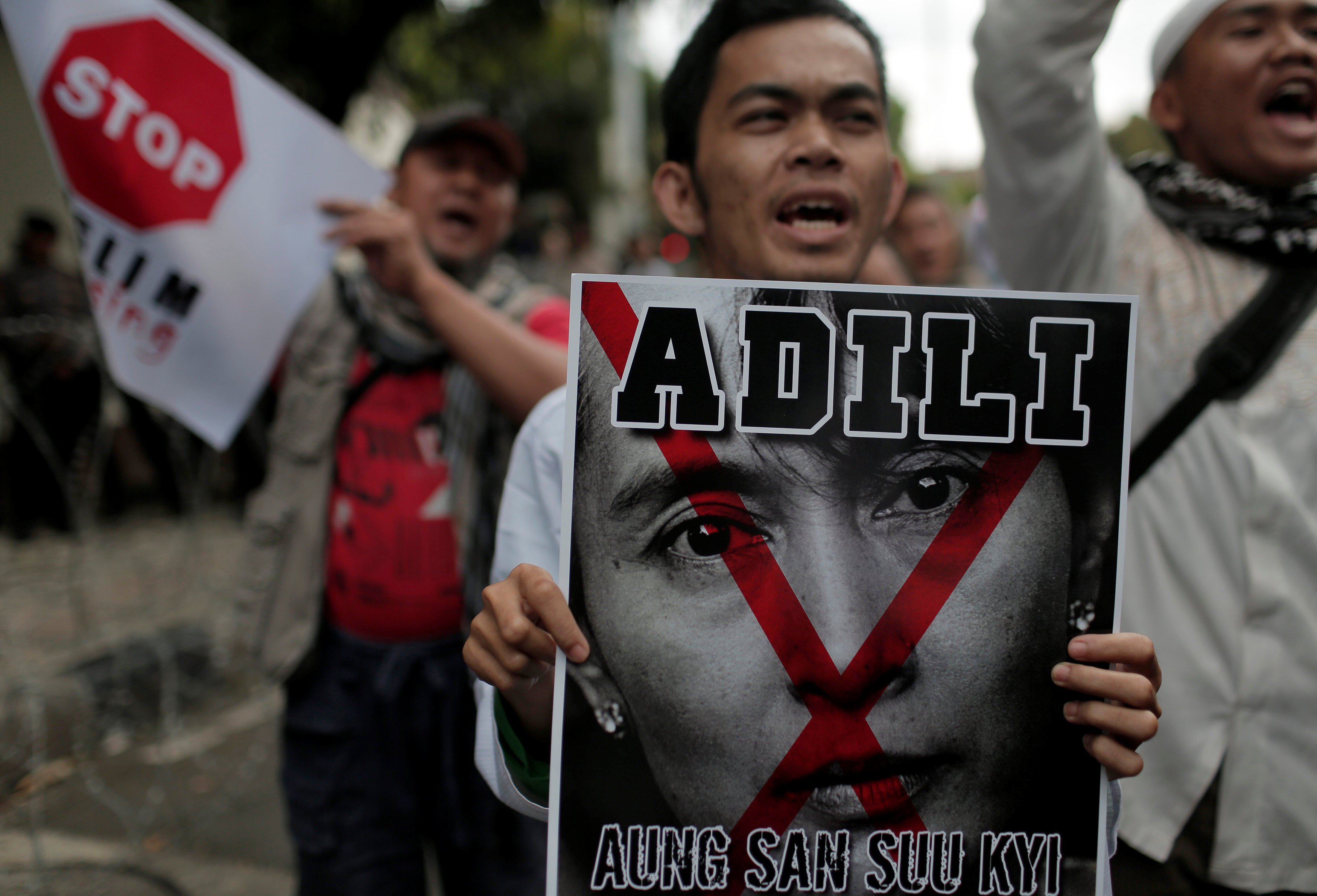 A protester holds a poster with a defaced image of Nobel Peace Prize winner Aung San Suu Kyi during a demonstration against what protesters say is the crackdown on ethnic Rohingya Muslims in Myanmar, in front of the Myanmar embassy in Jakarta, Indonesia November 25, 2016. Credit: Reuters

United Nations: The reputation of Aung San Suu Kyi’s government in Myanmar is at stake amid international concerns over how it is dealing with violence in the country’s divided north-west, a senior UN official warned on Tuesday.

The conflict in Myanmar‘s Rakhine state has sent hundreds of Rohingya Muslims fleeing across the border to Bangladesh amid allegations of abuses by security forces. The crisis poses a serious challenge to Nobel Peace Prize winner Suu Kyi, who swept to power last year on promises of national reconciliation.

In a statement, Adama Dieng, the UN’s special adviser on the prevention of genocide, said the allegations “must be verified as a matter of urgency” and urged the government to allow access to the area.

“If they are true, the lives of thousands of people are at risk. The reputation of Myanmar, its new government and its military forces is also at stake in this matter,” he said.

“Myanmar needs to demonstrate its commitment to the rule of law and to the human rights of all its populations. It cannot expect that such serious allegations are ignored or go unscrutinised,” he said.

Soldiers have poured into the area along Myanmar‘s frontier with Bangladesh, responding to coordinated attacks on three border posts on October 9 that killed nine police officers.

Myanmar‘s military and the government have rejected allegations by residents and rights groups that soldiers have raped Rohingya women, burnt houses and killed civilians during the military operation in Rakhine.

The violence, the most serious bloodshed in Rakhine since hundreds were killed in communal clashes in 2012, has renewed international criticism that Suu Kyi has done too little to alleviate the plight of the Rohingya minority, who are denied citizenship and access to basic services.

“The government needs, for once and for all, to find a sustainable solution to the situation of the Rohingya Muslims and other religious and ethnic minorities in Myanmar, a solution that is in full compliance with the international human rights standards that the government has pledged to respect,” Dieng said.