These contradictions are not unique to the release of prisoners; they remain at the very heart of the criminal justice system. Indonesian prisoners approaching the end of their sentences are released to avoid a coronavirus outbreak in overcrowded prisons in Depok, near Jakarta, Indonesia, April 2, 2020. Photo: Antara Foto/Asprilla Dwi Adha/Reuters 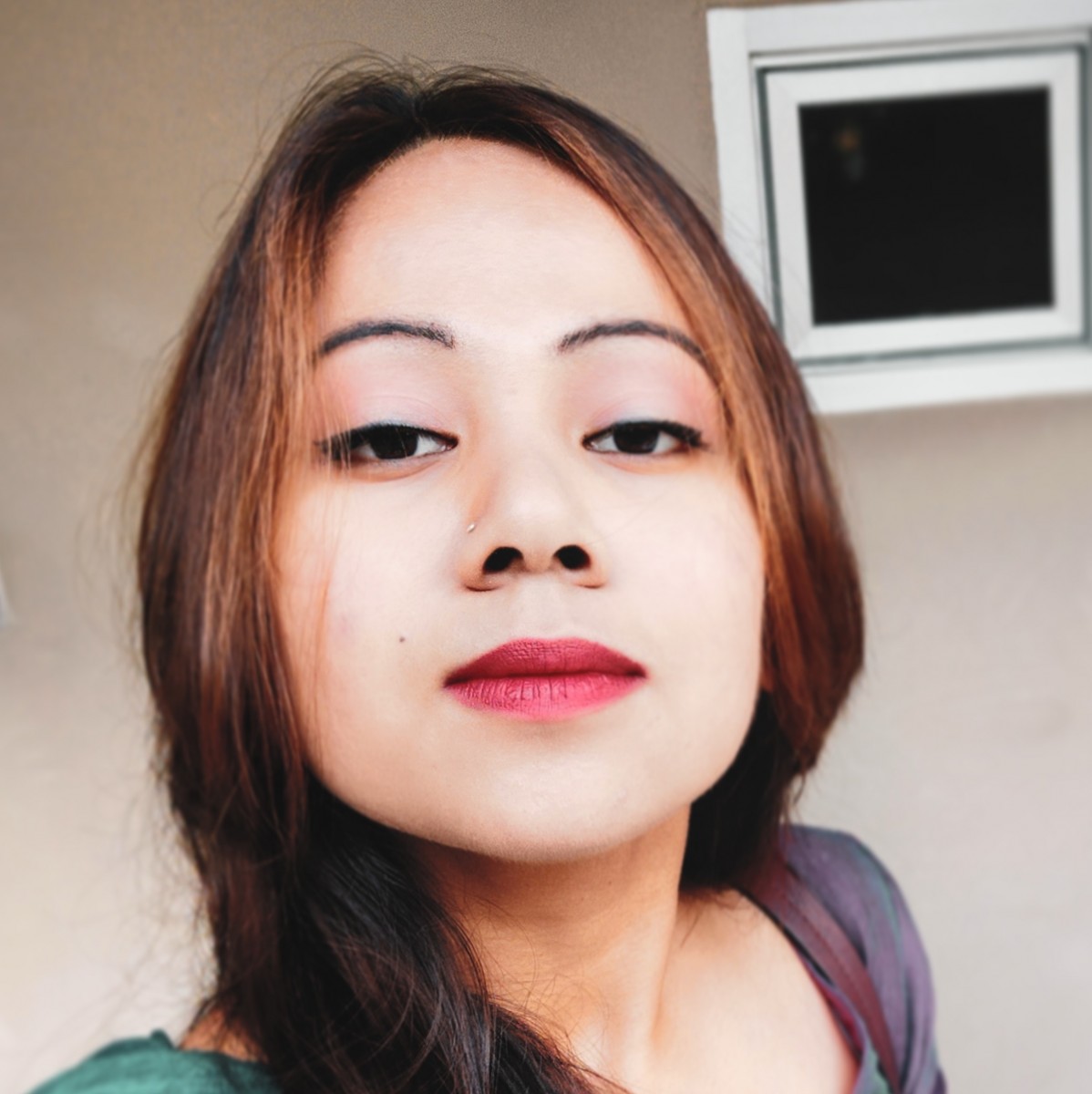 The past month recorded several efforts in response to mitigating the COVID-19 crisis; be it the curfew measures announced by State leaders or the call for a ‘global ceasefire’ by the United Nations Secretary General with its implications felt worldwide. Amidst these developments, countries across Asia also noted a landmark decision in the history of human and prisoners’ rights – the release of individuals from prisons.

As per a presidential decree announced last month, Afghanistan confirmed the release of nearly 10,000 prisoners; in particular of vulnerable groups such as inmates aged over 55 years and those with critical illnesses, through early release and parole.

Around the same time, India’s Supreme Court took suo moto cognizance of COVID-related risks within the country’s prison infrastructure and called for the release of prisoners, convicted of/charged with offences with a jail term of up to seven years. Immediately after, the presidential committee in Sri Lanka confirmed the release of 2961 prison inmates on grounds of providing them with legal redress, while simultaneously reviewing the COVID-related health considerations within and outside the country.

Last week, Myanmar announced the release of 24,896 prisoners on the basis of the Presidential Amnesty – an astounding increase compared to the 6,500 prisoners released in 2019 on the same occasion of Thingyan – the country’s New Year. Until recently, in Bangladesh, the decision to release prisoners remained contingent upon the on-going coordination between the Ministry of Home, the Department of Prisons and the Law Ministry to identify eligible inmates for release – those having already served around 20 years of their prison term, and others associated with minor offences or pending trial; the process is anticipated to take place around end-April.

Clearly, at a time when ‘staying indoors’ has become the norm for most of us, prisons are, on the contrary, urgently seeking the release of inmates from overcrowded facilities – facilities that are akin to a dystopian gated community, where social distancing is far from being the norm. Consider the world’s most overcrowded prisons in the Philippines with a congestion rate of 534% in the 467 jails as on March 2020; until recently, it implied, for instance, that in a single dorm of the Manila City Jail, there were over 500 inmates crammed in a space officially designed for close to only one-fifth of the population.

Moreover, the heightened anxiety that comes with living in ‘times of corona’ in overcrowded prisons is manifest even among the reactive prison inmates; with some having filed a formal appeal for release on humanitarian grounds to the Supreme Court in the Philippines, and others fuelling massive riot-like conditions in the Buri Ram Central Prison in Thailand. Against this backdrop, examples of nationwide efforts to release prisoners as a COVID-response can be seen not only as commendable attempts to mitigate the risks of the pandemic and the contagion it entails in prisons, but also, and inevitably, to address the more systemic issue of prison overcrowding in the different penitentiary establishments across the region.

But where have these efforts gone wrong?

To begin with, prisoners do not comprise a homogenous category. Even where they do qualify for release on grounds of posing ‘low-risk’ to society, the offences they are charged with/ convicted of, largely vary. In the initial enthusiasm to respond, almost none of the release-related measures informed or consulted the aggrieved parties (‘victims’) concerned. Not only that, it did not occur to many law enforcement agencies that ultimately, some prisoners may opt ‘not’ to be released and instead, choose to stay behind bars, despite qualifying for it. Much less was the discussion around the reasons why this may be so, particularly vis-à-vis life outside prison and the vulnerabilities therein, including, but not limited to – constrained economic means of survival, access to quality healthcare, stigma and the fear of social ostracisation.

Even in instances, where they have been invoked as ‘emergency’ response, prisoner releases do not conclude at the point of release; instead, these are decisions bearing implications in the short, medium and long term. Some of these considerations are more immediate, as evident from the lack of safe transfer and travel arrangements for the released prisoners amidst the lockdown conditions in India.

Other considerations are more long-term and concern social reintegration, rehabilitation and the risk assessment around recidivism. In fact, it would not come as a surprise when debates sparked among the public in Indonesia, on account of the country’s bid to release over 30,000 prison inmates, some of whom were re-arrested soon after their release, for reasons of reoffending. Against these considerations, measures to release prisoners that are adopted without a clear sight of a post-release preparedness and contingency plan, remain only delusional, to say the least.

Although prisoner releases were initially considered in response to prison overcrowding and jail congestion, these measures were not entirely thought through. In fact, parallel to the release of prisoners in Sri Lanka, over 34,500 persons were arrested for violating the curfew orders across the country – combining an arrest rate that is as high as 650 persons a day with little-to-no scope for temporary release on bail, in order to keep the stringency of the laws intact.

Similar events are taking shape in Malaysia, where more than 1,000 people were arrested for defying the Movement Control Order in a single day, as a potential display of the ‘deterrent action’ taken by authorities. Not to forget, that while arrests are rampant in many such countries with lockdown and movement restrictions, court proceedings have been restricted or entirely suspended – a measure that also comes in response to COVID-19. The unintended result is the one we were initially seeking to mitigate – overcrowded facilities, including the congested police custody.

That said, these contradictions are not unique to the release of prisoners; they remain at the very heart of the criminal justice system, especially in efforts to balance the contrasting objectives of deterrence, retribution, incapacitation and rehabilitation. Further to the anxieties of individual inmates, the invisible coronavirus has revealed, more clearly than ever, some of the institutional apprehensions regarding the mass release of prisoners, much as an exception to the rule of keeping them ‘locked in’. To that end, the Supreme Court of Pakistan even overturned the judgment of the lower Courts, declared their verdict on the release of prisoners as null and void, and called for re-arrests of prisoners – the decision came soon after Punjab government decided to release 20,000 prisoners, or nearly half of the total prison population of 46,000 prisoners.

Despite such apprehensions, the release of prisoners across the region has been appealed around key issues of human rights and prisoners’ rights, particularly when it concerns the categories of prisoners qualifying for release. Countries across Asia have considered releasing, among others, (i) persons associated with minor offences redirected to non-custodial alternatives to imprisonment;  (ii) overstaying prisoners, including those who have already completed their sentence; (iii) persons who are unable to pay their fines or bail; and (iv) special categories of prisoners such as the elderly, critically-ill, pregnant women, juveniles and imprisoned mothers with accompanying children, who are in need of additional care and assistance that prisons are not traditionally designed to offer.

While all of these are valid preventive approaches to COVID-19 in prisons, especially in overcrowded facilities, one must not forget that their validity does not limit to the ‘ticking time bomb’ scenario that the pandemic presents. In fact, some of these arguments remain universally central to decongestion and prison reform policies, including measures to safeguard the dignity and humane treatment of prisoners.

Above all, the release of prisoners in response to COVID-19 is a prime example of how ‘desperate times call for desperate measures’. In describing some of the inconsistencies in these measures, the attempt has not been to denigrate these efforts, which nonetheless remain praiseworthy, more so, from a rights-based discourse. However, the larger question it points us to is – why it takes a pandemic, an occurrence of such magnitude, for us to consider some of the basic rights and dignity of prisoners.

Within the confines of our lockdown, maybe it is time to reflect.

Arpita Mitra is an alumna of the Centre for Criminology, University of Oxford and an independent researcher in prison reform. Views are personal.