Presidential Term Limits: Slippery Slope Back to Authoritarianism in Africa 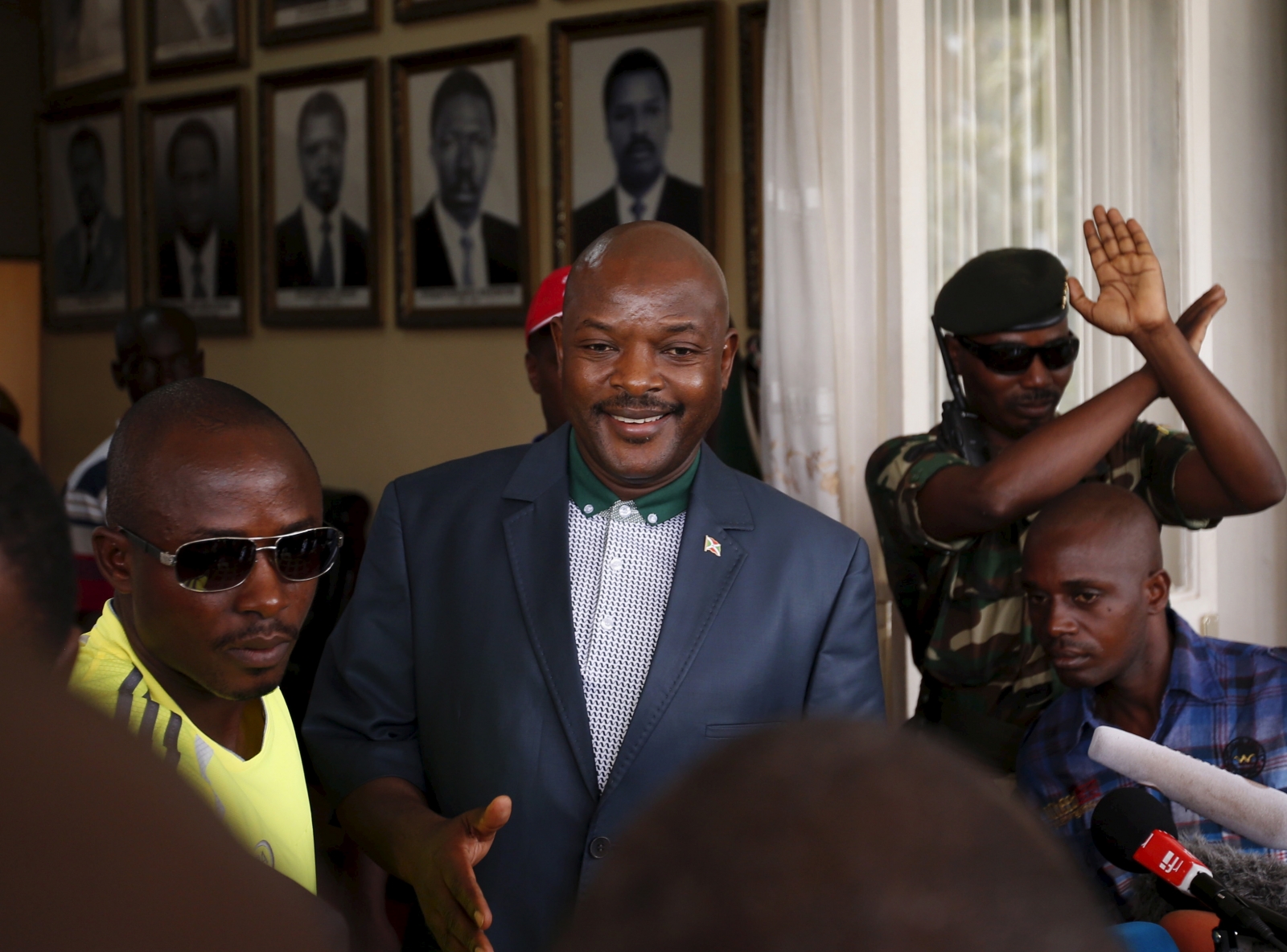 Burundi’s Pierre Nkurunziza is one of many authoritarian African leaders. Credit: Reuters

There is mounting concern in Africa about a lack of leadership as well as an increasing trend of hard-won democratic rights being reversed. One way this is being done is through presidential term limits being abandoned, or extended. This in turn is leading to a reemergence of authoritarian politics, and political violence.

Extending or abolishing term limits is not unique to the continent. Russia’s President Vladimir Putin won a fourth term in March 2018 after changes to the constitution and some nimble political footwork. And the Chinese parliament recently voted to abolish term limits allowing for the possibility of President Xi Jinping becoming president for life. Given that Russia and China play an influential role on the African continent these events don’t bode well for the future of presidents sticking to term limits on the continent.

Burundi is a case in point. A poll is being held to amend the constitution to extend presidential term limits from five to seven years. Incumbency would be restricted to two consecutive terms. But the amendment doesn’t apply retroactively which means that President Pierre Nkurunziza could possibly remain in office until 2034. If he lives that long (he’s 55-years-old), and given that he assumed the position in 2005, this would make him president for 29 years.

Burundi is far from alone. Rwanda, Togo, Gabon, Uganda, Chad, Cameroon, Djibouti, Republic of Congo, Sudan, Eritrea, and the Democratic Republic of the Congo have all fiddled with term limits. They’ve done this by abolishing, amending or ignoring them, or by simply not holding elections. Other countries such as Ethiopia, Gambia, Lesotho, and Morocco have never introduced term limits.

Some bids to remove or extend term limits and have failed. These include Frederick Chiluba in 2001 and more recently Edgar Lungu in Zambia, Olusegun Obesanjo of Nigeria (2005), Mamadou Tandja of Niger(2009-2010) and Blaise Compaore of Burkino Faso (2014).

Noteworthy is the fact that many West African countries actually adhere to term limits. This was recognised recently when Ellen Johnson Sirleaf received the Mo Ibrahim leadership prize after duly serving her constitutionally mandated term.

The upward trend of amending or abolishing constitutional term limits is likely to increase if organisations like the African Union (AU) don’t deal with the problem. In many countries citizens showing their disapproval, have been met with repression and violence. Large-scale political violence is likely to be the consequence if the trend persists. 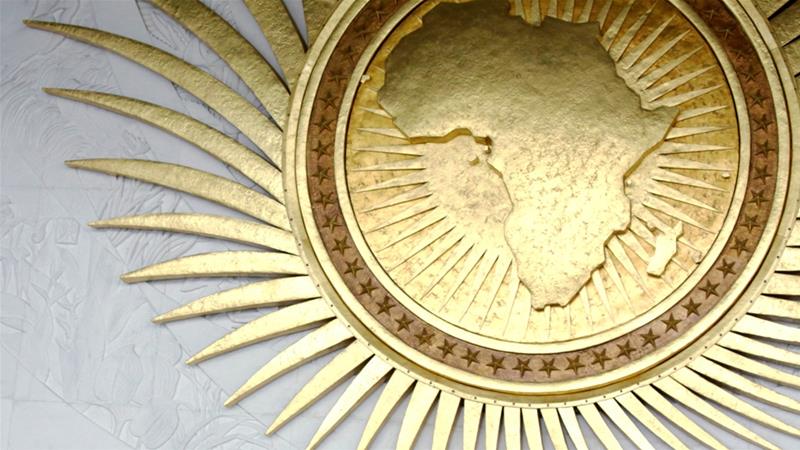 The African Union headquarters is based in Addis Ababa, Ethiopia. Credit: Jonathan Ernst/Reuters

A rolling back of rights

Africa went through a wave of democratisation from the 1990s. Citizens took to the streets demanding democratic rights. In many countries, the uprisings ended decades of one-partyism and personal rule. The key demands were for multi-party democracy, constitutionalism and that democratic norms and standards be institutionalised.

It’s in this milieu that countries adopted a bill of rights, the rule of law, checks and balances and term limits. Presidential term limits were deemed necessary for a number of reasons. The view was that they would enable better governance, equal opportunity to serve in government, curb patronage politics as well as end authoritarianism. These norms and standards were also seen as a way to stabilise countries politically.

It certainly seems that these constitutional gains are being eroded by heads of state seeking to prolong their stay in power. There also appears to be little concerted attempt by bodies such as the AU to stop the erosion of hard-fought for democratic rights.

The AU’s silence may be because of ambiguity in norms and policy, and because of its leadership. The AU’s Charter on Democracy, Elections and Governance, which was ratified in 2012, rejects unconstitutional changes of government. But it doesn’t say anything specifically about abolishing term limits. Article 23 (5) notes that countries will have appropriate sanction imposed on them if there are:

Any amendment or revision of the constitution or legal instruments, which is an infringement on the principals of democratic change of government

But it doesn’t spell out what type of amendments are being referred to.

The second factor has to do with the fact that many holding leadership positions at the AU are the same men who have amended or abandoned term limits – or come from the countries that have done so. This suggests the organisation won’t be tackling the “third termism” trend any time soon.

A number of arguments have been put forward by leaders seeking to extend, or simply abandoning, term limits.

One is that term limits prevent people’s choice of president. Another is that African leaders have much more to do to bring about development and therefore need more time. A third is that they have the sovereign right to govern and change constitutions as they see fit. And finally, the strongman argument around a president’s ability to keep the country united and to create peace and stability.

Rwanda is a case in point. President Paul Kagame received 99% of the vote in August 2017. There’s no gainsaying that there have been remarkable achievements in rebuilding a post-genocide Rwanda. But if there isn’t anybody (and this is doubtful) capable of challenging Kagame after 18 years of rule, then he hasn’t created an environment for democratic leadership to emerge.

We should also be wary of election results that yield 99% support as this smacks of the heyday of one-man and one-party rule.

The curse of third terminism

As Africans prepare to celebrate Africa Day on the 25th of May, we need to keep in mind the ideas that inspired formation of the Organisation of African Unity in 1963 and the African Union in 2001. These were the Pan-African ideals of political and economic integration, solidarity, unity, dignity, justice and equality for all.

The growing trend of “third termism” is likely to prevent African countries from reaching these goals yet again as the interests of individuals are placed above those of citizens and countries.

Africa needs visionary and courageous leadership, not benevolent or autocratic rulers. It needs leaders that can create the enabling environment for democracy, peace, and development to thrive and endure, and for citizens to live to their fullest potential.

Africa also needs citizens who will hold leaders to account and who will contribute to the realisation of the vision of a democratic pan-African future.

As Africans we don’t have to make a choice between democracy and development. We deserve both.