Pope Francis, who is in Iraq for a historic meeting with the country’s top Shi'ite cleric, Grand Ayatollah Ali al-Sistani, visited the birthplace of the Prophet Abraham on Saturday. 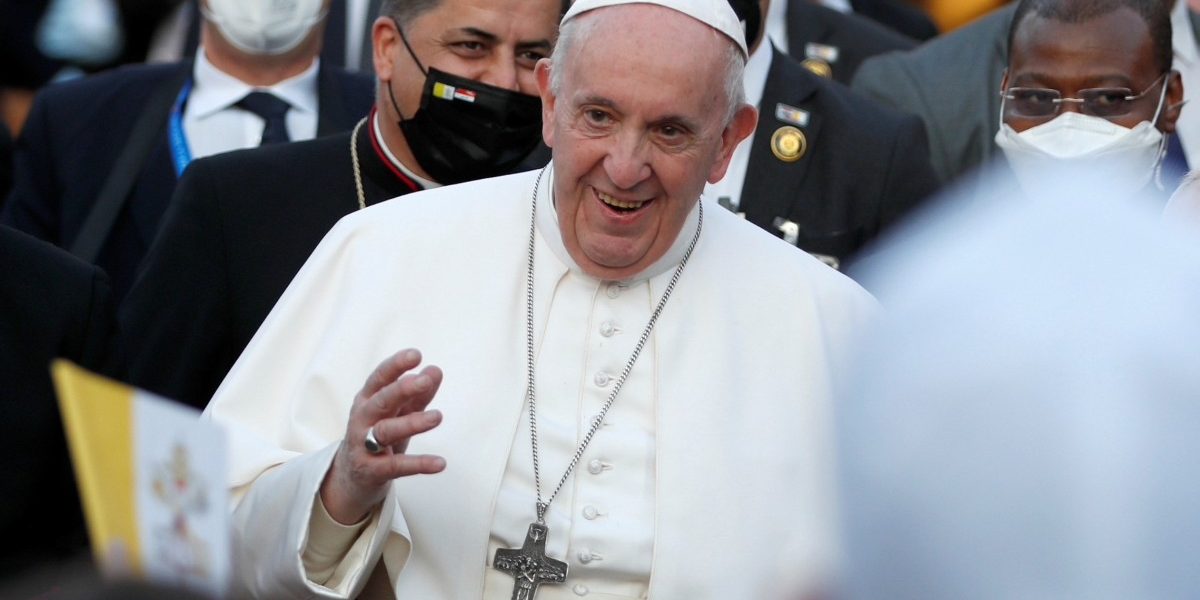 Ur (Iraq): Pope Francis walked down a narrow alleyway in the holy city of Najaf to hold a historic meeting with Iraq’s top Shi’ite cleric and visited the birthplace of the Prophet Abraham on Saturday to condemn violence in the name of God as “the greatest blasphemy”.

The inter-religious events, one in a dusty, built-up city and the other on a desert plain 200 km (125 miles) away, reinforced the main theme of the pope’s risky trip to Iraq – that the country has suffered far too much, and the killing has often been sectarian.

“From this place, where faith was born, from the land of our father Abraham, let us affirm that God is merciful and that the greatest blasphemy is to profane his name by hating our brothers and sisters,” Francis said at the ancient site of Ur where Abraham was born.

With the desert wind blowing his white cassock, Francis, sitting with Muslim, Christian and Yazidi leaders, spoke within sight of the archaeological dig of the 4,000-year-old city that comprises a pyramid-style Ziggurat, a residential complex, temples and palaces.

The US invasion of 2003 plunged Iraq into years of sectarian conflict. Security has improved since the defeat of Islamic State in 2017, but Iraq continues to be a theatre for global and regional score-settling, especially a bitter US-Iran rivalry that has played out on Iraqi soil.

Sistani, 90, is one of the most influential figures in Shi’ite Islam, both within Iraq and beyond, and their meeting was the first between a pope and such a senior Shi’ite cleric.

The meeting took place at the humble home Sistani has rented for decades, near the golden-domed Imam Ali shrine in Najaf. Francis had to walk about 30 metres (yards) along an alleyway to get to it after leaving his car.

The pope’s visit to Iraq has been intensely blanketed in security, and the roads his convoy travelled along on Saturday were closed to other traffic. Pickup trucks mounted with machine guns and even tanks were stationed in some places along the routes.

After the meeting, Sistani called on world religious leaders to hold great powers to account and for wisdom and sense to prevail over war. He added Christians should live like all Iraqis in peace and coexistence. 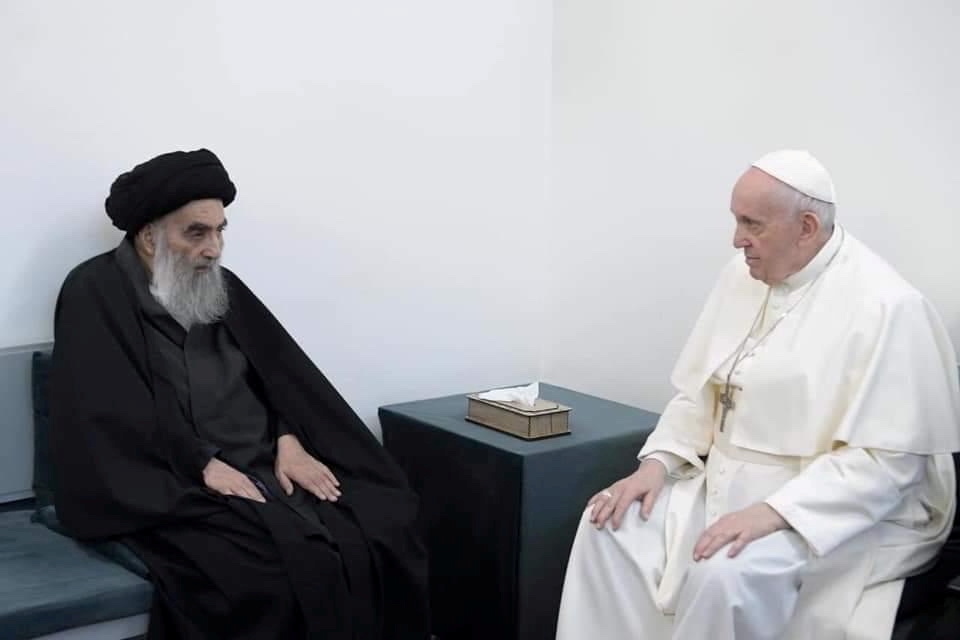 A meeting of faiths

Although Abraham is considered the father of Christians, Muslims and Jews, no Jewish representative was present at the inter-religious event in Ur.

In 1947, a year before Israel’s birth, Iraq’s Jewish community numbered around 1,50,000. Now their numbers are in single figures. A local Church official said Jews were contacted and invited, but the situation for them was “complicated” particularly as they have no structured community.

However, in similar past events in predominantly Muslim countries, a senior foreign Jewish figure has attended.

“Hostility, extremism and violence are not born of a religious heart: they are betrayals of religion,” the pope said at Ur. “We believers cannot be silent when terrorism abuses religion; indeed, we are called unambiguously to dispel all misunderstandings,” he said.

Islamic State militants, who tried to establish a caliphate covering several countries, ravaged northern Iraq from 2014-2017, killing Christians as well as Muslims who opposed the insurgents.

Iraq’s Christian community, one of the oldest in the world, has been particularly devastated, falling to about 3,00,000 from about 1.5 million before the US invasion and the brutal Islamist militant violence that followed.

‘A triumph of virtue’

At Ur, Francis praised young Muslims for helping Christians repair their churches “when terrorism invaded the north of this beloved country”.

Rafah Husein Baher, a member of the small, ancient Sabean Mandaean religion, thanked the pope for making the trip despite the many problems in the country, which include a surge in COVID-19 cases and a recent spate of rocket and suicide bomb attacks. “Your visit means a triumph of virtue, it is a symbol of appreciation to Iraqis, Blessed is he who uproots fear from souls.”

Later, in a homily at a Saturday evening service at Baghdad’s Chaldean Cathedral of Saint Joseph, Francis again paid tribute to “those of our brothers and sisters who here too have suffered prejudice and indignities, mistreatment and persecutions for the name of Jesus”.

Coronavirus restrictions limited the number of people allowed in the church to about 100, but they included the country’s president, foreign minister and the speaker of the house of parliament, all of whom are Muslim.

The pope, whose visit to Iraq began on Friday, travels on Sunday north to Mosul, a former Islamic State stronghold, where churches and other buildings still bear the scars of conflict.