Critics fear that its creation represents an attempt to attack women's reproductive rights and rights of LGBT+ citizens around the world. 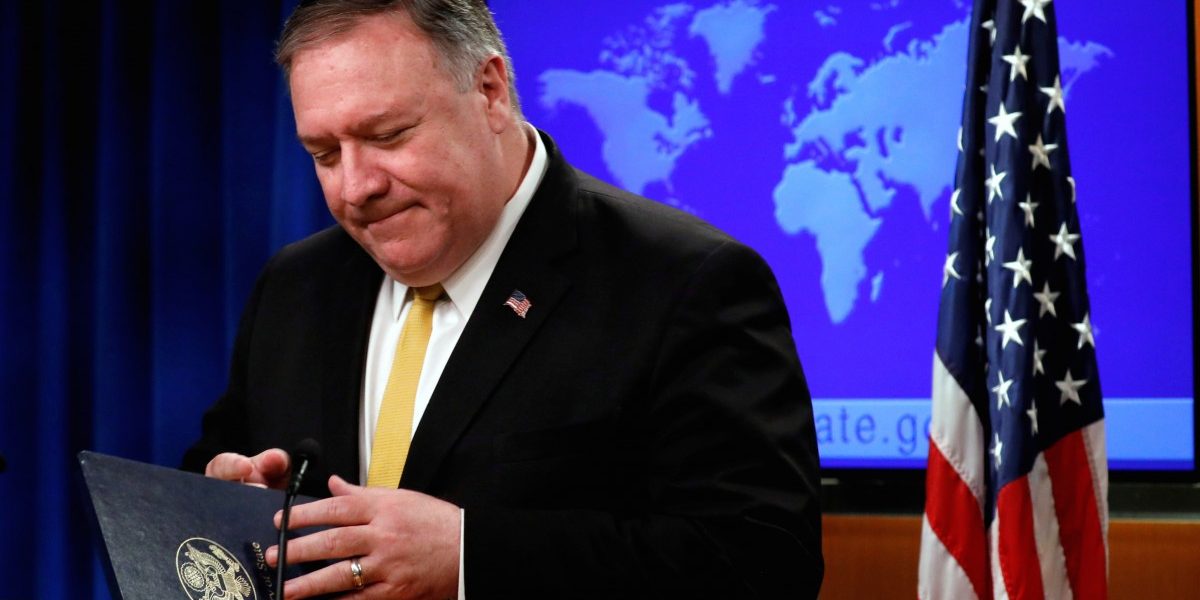 U.S. Secretary of State Mike Pompeo arrives at a news conference on human rights at the State Department in Washington. Photo: Yuri Gripas via Reuters.

US secretary of state Mike Pompeo, speaking at the state department on Monday, announced the creation of a new, ten-person commission to advise him on human rights issues. The Commission on Unalienable Rights will be led by Mary Ann Glendon, a Harvard law professor, former US ambassador to the Vatican, and staunch abortion opponent.

Pompeo said the new commission will provide “intellectual grist” for the “most profound reexamination of unalienable rights since the Universal Declaration of Human Rights.” He said, “The time is right for an informed review of the role of human rights in American foreign policy.”

“It’s a sad commentary on our times that more than 70 years after the Universal Declaration of Human Rights, gross violations continue throughout the world, sometimes even in the name of human rights. International institutions, designed and built to protect human rights have drifted from their original purpose,” said Pompeo.

The UN Declaration of Human Rights, which was signed in 1948, was the first document to codify the protection of fundamental human rights, recognizing inalienable rights as the basis of freedom, justice, and peace in the world.

Also read: As the US Exits the UN Human Rights Council, It May Leave More Damage in Its Wake

Critics fear that the commission, and the appointment of Glendon to head it, could signal an attempt by the Trump administration to attack women’s reproductive rights as well as the rights of LGBT+ citizens around the world.

“This administration has actively worked to deny and take away longstanding human rights protections since Trump’s inauguration. If this administration truly wanted to support people’s rights, it would use the global framework already in place,” said Joanne Lin, national director of advocacy and government affairs for the rights group Amnesty International USA.

Speaking at the state department, Glendon said the commission would, “do our very best to carry out our marching orders, and do so in a way that will assist you in your difficult task of transmuting principle into policy.”

The Trump administration has been strongly criticised for its efforts to undermine UN approaches to women’s rights.

Most recently, the US threatened to veto a UN Security Council resolution condemning sexual violence against women in armed conflict because it claimed the resolution’s wording opened the door to abortion.

The Trump administration has repeatedly attempted to remove language on sexual and reproductive rights from a number of UN resolutions. The US also cut funding for the UN Population Fund (UNFPA) in 2017, claiming that it fostered “a program of coercive abortion or involuntary sterilisation.”

The US has been regularly accused of selectively citing human rights abuses, calling out countries like Cuba, China, Iran, and Venezuela, while turning a blind eye to abuses in Egypt and Saudi Arabia.

Conservatives see abortion as an aberration

Conservatives in the US are often critical of widely accepted rights issues such as women’s reproductive rights, LGBT+ rights, and income equality. Instead, they advocate the idea of “god-given rights” or “natural law,” railing against abortion and contraception as aberrations.

Glendon, too, has been highly critical of such measures. After representing the Vatican at the 1995 UN World Conference on Women in Beijing, she said, “Much of the foundation money that swirled around the Beijing process was aimed at forging a link between development aid and programs that pressure poor women into abortion, sterilisation, and the use of risky contraceptive measures.”

Pompeo, who did not take questions at Monday’s press conference, said the commission would include activists and human rights experts representing a broad spectrum of political views.