The Philippines police chief announced the re-launch on Monday of police anti-narcotics operations he hoped would be less bloody, "or even bloodless", entering a new phase in a war on drugs that has caused international alarm. 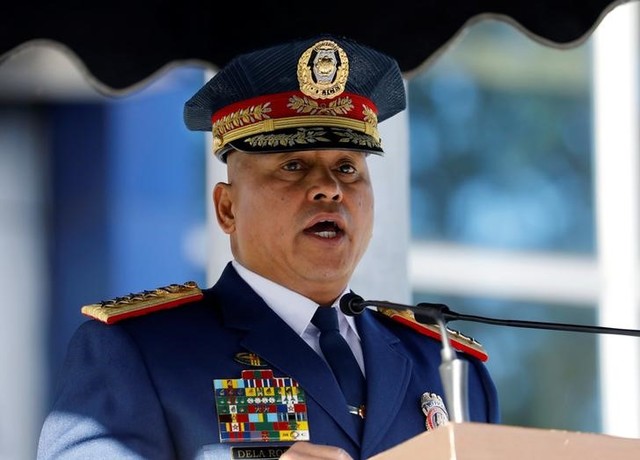 Manila: The Philippines police chief announced the re-launch on Monday of police anti-narcotics operations he hoped would be less bloody, “or even bloodless“, entering a new phase in a war on drugs that has caused international alarm.

The PNP has been lambasted by human rights groups that allege extrajudicial killings are systematic in President Rodrigo Duterte’s anti-drugs campaign, in which more than 8,000 people have been killed since he took office last June.

Activists believe police are behind thousands of unsolved killings of drug users, either pulling the trigger themselves or in collaboration with hit men.

The PNP strenuously denies that and says its officers killed 2,555 people during raids and sting operations, and all were in self defence.

A furious Duterte suspended the PNP from his crackdown on January 30 after it was found that rogue drugs squad police kidnapped and murdered a South Korean businessman. He called last week for some police to return to the campaign because drugs were back on the streets and he had insufficient manpower.

Dela Rosa gave no details about the new task force, but said it was the PNP’s duty to cleanse itself of bad elements and spare the country of the scourge of drugs.

“I hope that this will be less bloody, if not bloodless,” dela Rosa said.

“Men of burning desire, you can report to the drug enforcement group. You can volunteer to join the war, with a burning desire to help in this campaign to help this country,” he said.

The US State Department said in its annual human rights report on Friday there were serious concerns about police impunity and a growing number of vigilante and extrajudicial killings in the Philippines. It noted Duterte had repeatedly said he would insulate police from legal action.

Duterte’s spokesman said in response the Philippines was committed to human rights, but also said it was important not to link reports of abuses to the anti-drugs campaign, which was a “noble crusade”.

The New York-based Human Rights Watch said in a report on Thursday Duterte was responsible for a “campaign of extrajudicial execution”, and could be liable for crimes against humanity.

Asked to comment on that, Duterte said criminals had no humanity.