Peru Rejects Military Solution to the Crisis in Venezuela

Venezuela, which has suffered an economic collapse and mass emigration under Nicolas Maduro, is likely to be a focal point of the latest UN General Assembly in New York this week. 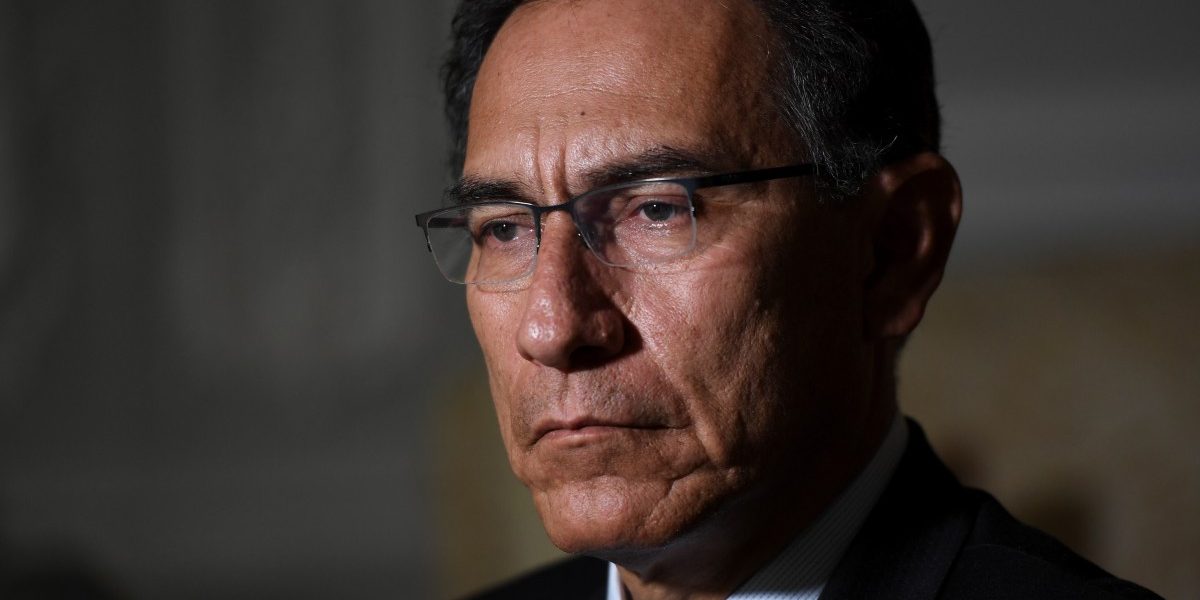 Peruvian President Martin Vizcarra speaks during an interview with Reuters on the sidelines of the United Nations General Assembly in New York City, US September 24, 2018. Credit: Reuters/Darren Ornitz

New York: Peru rejects a military solution to the crisis in Venezuela but further options are under discussion to increase pressure on the Maduro government to restore democracy, including a human rights complaint, Peru’s president said in an interview.

Venezuela, which has suffered an economic collapse and mass emigration under Nicolas Maduro, is likely to be a focal point of the latest UN General Assembly in New York this week.

To that end, Peruvian President Martin Vizcarra said that fresh economic and diplomatic measures were under consideration against Venezuela, including a “human rights” complaint. But there could be no question of military action, he added.

“As a country, we must be clear to say we reject a warlike, military solution,” Vizcarra told Reuters in New York.

“What we need to do is find a way to sanction the regime without affecting the population,” he added.

Vizcarra did not elaborate on the rights initiative, though shortly after he spoke, Colombia’s president Ivan Duque, also in New York, told an event that he and other heads of state would this week sign a declaration to denounce Maduro’s government with the International Criminal Court (ICC) in The Hague.

In May, the Organisation of American States (OAS) accused the Maduro administration of committing “crimes against humanity”, and vowed to present evidence to the ICC.

Peru and Colombia both belong to the so-called Lima Group of nations formed last year to address the crisis in Venezuela.

Venezuela has rejected criticism of the Maduro government as hostile propaganda and attempts to set the stage for an intervention by foreign powers in the country.

Pressure is steadily growing, however.

Last week, US Secretary of State Mike Pompeo said that the US was preparing a “series of actions” to raise pressure on Maduro, whom Washington and its allies accuse of stifling democracy by jailing opposition leaders.

Separately, Vizcarra, who last week won a confidence vote in Congress over his planned political and judicial reforms that seek to combat corruption in Peru, said he expected the remaining measures to pass before an October 4 deadline.

Because of that, he saw no need to consider dissolving Congress – which could have occurred if he had lost the vote.

“Given the events of the past week, we can say that the problem is en route to being resolved,” he said.

Vizcarra, who became president in March after his predecessor Pedro Pablo Kuczynski stood down when facing near-certain impeachment over a graft scandal, vowed to respect rulings made by the judiciary in pending probes of politicians.

To fail to do so would be to undermine the very confidence in the political system that he was trying to restore, he said.

Turning to trade, Vizcarra said that the Pacific Alliance – a bloc comprising Colombia, Chile, Mexico and Peru – could admit its four associate members Singapore, Australia, New Zealand and Canada as soon as this November.