"Even when children are at play, they create what they see; they make paper rockets, paper planes and guns for toys." 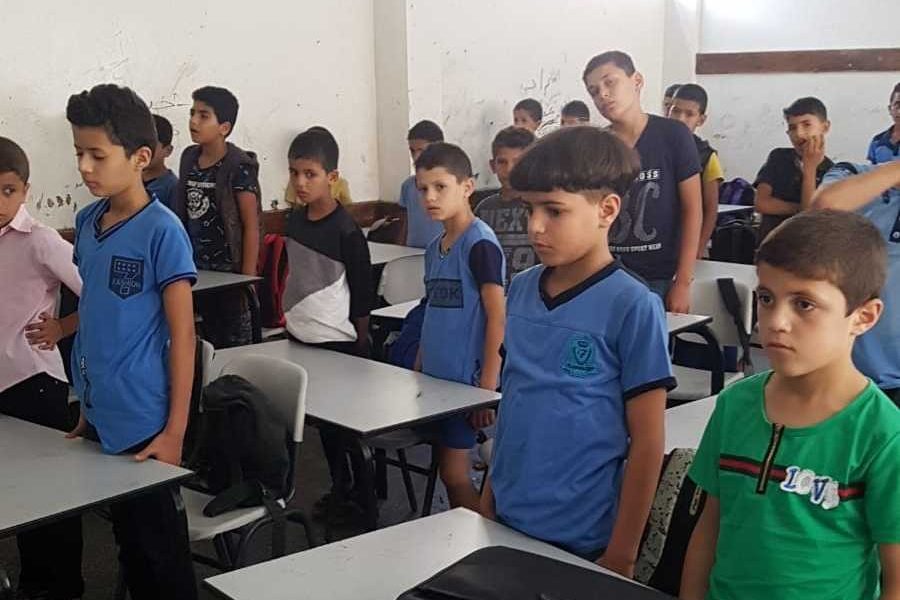 New Delhi: The Palestine-Israel conflict continues to swallow lives – and has a unique impact on the region’s children. As has been documented across the world, women and children are among the most vulnerable groups during any conflict.

Capturing the effect that the conflict has had on children over the years, teachers spoke to The Wire about how they have not only seen the conflict grow, but have seen the changing ways children interact with their surroundings.

Mohammed M. El Haj-Ahmed, an English teacher formerly with Rafah ‘Alf’ Preparatory Boys School which is under the aegis of UNRWA (United Nations Relief and Works Agency for Palestine Refugees in the Near East), recalls a particular incident from November 2019. Mohammed said, “After a two-week escalation ended and schools resumed, I asked the kids to draw whatever they felt like. Most of the drawings I received showcased airplanes, rockets, guns, demolished houses, demolished mosques, people dying – that’s what the kids felt.”

Haj-Ahmed added, “One of the most common problems they encounter is sleeping. The children are afraid of falling asleep due to the sounds of warplanes and bullets, or the fear of the Israeli soldiers pointing their guns above their heads, as one of my former students told me.”

Haj-Ahmed has encountered several cases where children acquired severe physical and psychological problems as a direct consequence of the war and the Israeli occupation. During his time in the UNRWA school, he took initiatives to provide slow learners with special attention and reported how certain students had developed deep-rooted mental illnesses that were a repercussion of the war. He saw children who had seen death in their family, children who were orphaned in the war and children who have developed conditions like involuntary urination owing to the violence.

Eighty percent of the Palestinian population living in the Gaza strip relies on international humanitarian aid to survive. In such circumstances, where resources and opportunities are scarce, generations have borne the brunt of human rights abuses, prolonged armed struggles and unimplemented resolutions. 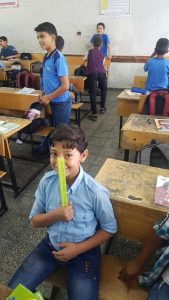 Lena Ahmed Matar, an Arabic teacher from Gaza City who has been teaching for 13 years now in various government and UNRWA schools, told The Wire that schools in Palestine sometimes arrange for conferences and symposiums for parents to help them deal with children during and post war periods.

Matar said, “The war manifests itself in the children in several ways. Even when children are at play, they create what they see; they make paper rockets, paper planes and guns for toys. Their behaviour turns extremely aggressive as they begin to literally tackle each other during the smallest of games.”

Haj-Ahmed agreed. “The reaction of children to the aggression they witness is different from one child to another, as some might resort to isolation, turning away from the surrounding world, while others would become more violent and aggressive in dealing with their peers and the public.”

Sharing more of her experiences with children, Matar said, “Because of the war, children develop fear of sudden loud noises to the extent that they just cannot leave their parents, even for using the loo, they need their parents around. The children even lose focus and stay disturbed all throughout the day due to the noises.”

“The wars that we face make children want to grow up soon; wars instil in them a desire to defend and protect their country and fight this criminal occupation,” she added.

During the 2008 escalation, another educator, Rasilah Ahmed Hamad, 52, was teaching at Abu Tammam Primary School in Gaza. She recalled that it was the final exam term and some of her female students, studying in Class 1, began running and screaming loudly in the school field out of the fear of Israeli air raids. When she went back home, her two daughters – in nursery and Class 2 – were whimpering in fear, hiding behind their father, fearing that their mother may have been hurt.

Also read: Undoing Erasure: What the 4,000-Year History of Palestine Tells Us

Hamad explained how children are petrified at the sound of a warplane buzzing by or an Israeli drone flying above their heads because for them, it represents war. “If the air raids are at night, the children never go to sleep, the fear keeps them wide awake, and then they complain of headaches, stomach aches and even pain in the legs.”

Children in Palestine interact with the meaning of war and occupation at a very early age. They grown up hearing rockets and missiles. This, teachers say, has two big negative effects – children live in fear, and also learn aggression at an early age.