The letter has called Justin Trudeau's recent words on the farmer’s agitation in India "uncalled for" and "disconnected with ground realities". 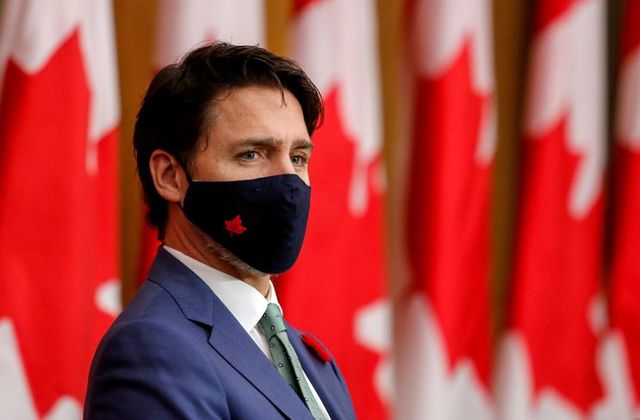 New Delhi: In an open letter to Canadian Prime Minister Justin Trudeau, a group of former Indian Ambassadors on Monday stated that his recent words on the farmer’s agitation in India were “uncalled for” and “disconnected with ground realities”.

The group of 22 ex-ambassadors said that the Canadian PM’s words “served merely to fan the flames” and accused his government of indulging in vote bank politics. On November 30, Trudeau had said, in the context of the farmers’ protest in India that “Canada will always be there to defend the right of peaceful protest”. India strongly protested the statement.

“Such blatant interference in India’s internal affairs to appease a section of the Liberal party’s voter base is completely unacceptable and cannot but cast a long shadow on bilateral relations,” the letter states.

The former ambassadors also said that Canada’s support to the Indian farmer’s demand for MSP contradicts the stance that the nation took in the WTO where Canada was one of the harshest critics of India’s MSP system. The letter also calls out the Canadian government for providing a safe haven to Khalistani elements in Canada, who are in turn “also radicalising the Canadian youth”.

Read the letter in full below:

Canada is one of the most diverse multicultural societies, where each religion, ethnicity, language and culture is provided the space and encouragement to flourish. The Canadian people in general are friendly, welcoming and hospitable. They nurture warm feelings towards India which are wholeheartedly reciprocated.

The Indian community is steadily growing in Canada and has become a part of the national mainstream. The nearly 2 million strong Indian Diaspora comprises over 5% of the Canadian population, of which the enterprising and valiant Sikh community is close to 700,000.

Given the complementarities, India and Canada should be natural partners. Indeed, we enjoy robust economic, energy, educational and people-to-people ties. Canadians are aware of significant additional opportunities for mutually beneficial engagement coming their way, as India steadily progresses towards becoming the third largest economy, in less than two decades. Canadian pension funds and corporate houses, which have already invested over $50 billion in a variety of sectors in India, are well positioned to scale up.

Yet the fact remains that not unoften, bilateral political equations develop stress, due to the propensity of certain Canadian political parties and leaders to engage in vote bank politics. It is well known that the separatist and violent Khalistani elements carry out anti India activities, from the safety of the Canadian soil. They are also radicalising the Canadian youth with far reaching consequences, which is being ignored at the altar of short-term political expediency.

Khalistani elements in Canada control a number of prominent Gurudwaras which gives them access to substantial funds, some of which are allegedly diverted to the electoral campaign of political parties especially the Liberals. They regularly hold demonstrations, rallies and other events where anti-India slogans are raised and terrorists eulogized. Few Canadian politicians have qualms about attending such events which provides the oxygen of publicity to the separatists.

Cooperation and coordination between the Khalistanis and Pakistani diplomatic posts has also been taking place behind the scenes. Pakistani ‘diplomats’ conspicuously participate in such pro Khalistani events. Canadian authorities turn a Nelson’s eye.

There were numerous references to radical Khalistanis and Sikh extremism in the “2018 Public Report on the Terrorist Threat to Canada”. However allegedly bowing to their pressure and threats, in an unprecedented development, all references to them were deleted from the report.

This editorial jugglery may be good enough for domestic purposes, but the fact remains that neither Canada nor any other state can condone fundamentalism, violent extremism or terrorism, under international law.

Interacting primarily with the Sikh community last week, on the pious birth anniversary of Guru Nanak Dev Ji, Prime Minister Trudeau gratuitously waded into ongoing protests by Indian farmers, saying that the “situation is concerning, and we’re all very worried about family and friends.” His comments were uncalled for, disconnected with ground realities and served merely to fan the flames.

The irony is that Canada is one of the most strident critics of India’s minimum support price (MSP) at the WTO, yet actuated by questionable motives suddenly opted to express concern and support for the farmers.

That the Indian Government has, in good faith, been holding talks at Ministerial level with the representatives of agitating farmers, was conveniently ignored by Ottawa.

The Canadian Government, also chose to forget how earlier this year, notwithstanding treaty obligations, they had dismissed the rights of the hereditary chiefs of the first Nations over their traditional lands. Their peaceful protests against natural-gas pipelines passing through their territory were forcefully quashed. As per the leading national daily “Canada has not figured out what the “duty to consult” Indigenous people on decisions that affect their rights really means”.

Back home, encouraged by the Canadian support, the protestors have hardened their stance, adopting an all or nothing approach. Such blatant interference in India’s internal affairs to appease a section of the Liberal party’s voter base is completely unacceptable and cannot but cast a long shadow on bilateral relations.

Such behaviour, against well-established diplomatic norms, is also bound to hurt Canada’s own standing in the world. It further carries the risk of other nations repaying Canada in the same token.

India wishes to have the best of ties with Canada. However, no relationship can be one sided. Nor can any country especially India ignore actions which are prejudicial to her national interests and territorial integrity. The choice and decision rests with the people of Canada.