The Indian embassy nor the Ministry of External Affairs (MEA) has issued any public statement regarding the meeting. 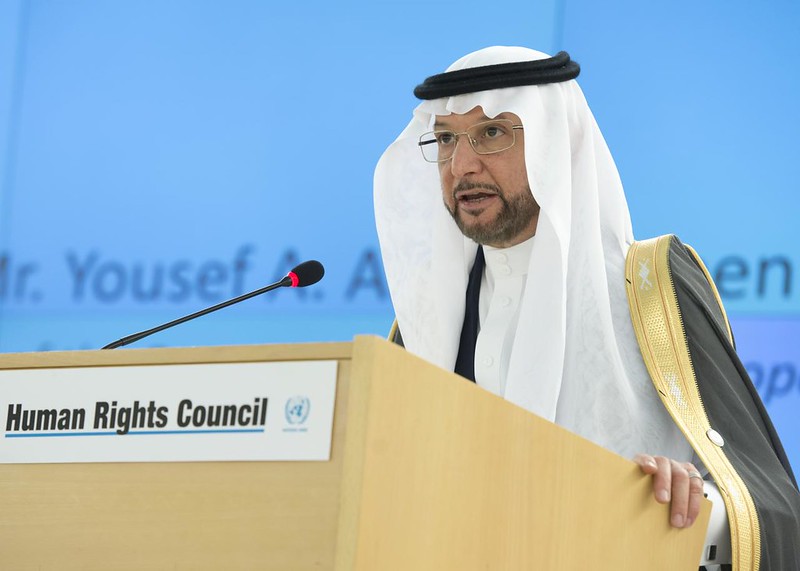 New Delhi: The executive head of the Islamic bloc, the Organisation of Islamic Cooperation (OIC), raised the status of Indian Muslims and proposed to send a delegation to Jammu and Kashmir during his meeting with the Indian ambassador earlier this week.

The OIC press release notes that the Indian ambassador to Saudi Arabia, Ausaf Syed, paid a “courtesy visit” on secretary-general Yousef Al-Othaimeen on July 5 in Jeddah.

“The Secretary General welcomed Ambassador Sayeed and reviewed with him a number of issues concerning the situation of Muslims in India, along with the Jammu and Kashmir dispute, and relevant UN and OIC resolutions opposing any unilateral actions on the issue,” said the press note.

It is highly unusual for the Indian ambassador to have a meeting with the OIC secretary-general.

The Indian embassy nor the Ministry of External Affairs (MEA) has issued any public statement regarding the meeting.

Two years ago, then Indian external affairs minister Sushma Swaraj became the first Indian minister to attend a meeting of the OIC at the invitation of the host, the United Arab Emirates. It had been considered a major diplomatic victory for India. In protest, Pakistan boycotted the plenary of the Council of Foreign ministers in March 2019

However, India has not got a repeat invitation to an OIC meeting after that.

The OIC has also continued to issue boilerplate resolutions on Kashmir after their meetings, followed by rejoinders from India.

India’s traditional stance is that that the OIC has no locus standi on the issue of Kashmir, as that region is an integral part of the country. New Delhi has also called on OIC to not make “unwarranted” references to India in resolutions and regretted that the body is “used” by Pakistan.

According to the press note issued by OIC, the secretary-general “conveyed the desire of the OIC General Secretariat to dispatch a delegation to the disputed territory in line with relevant resolutions of the OIC Council of Foreign Ministers”.

He also suggested that the OIC could be a go-between for India and Pakistan. “The Secretary General also asked about the possibility of a meeting between Pakistan and India, stating that the General Secretariat stands ready to assist if the two parties would so request,” said the press release.

The Pakistan foreign ministry issued a statement on Wednesday stating that the “Secretary General underscored the OIC’s principled position on the Jammu and Kashmir dispute during the meeting” with the Indian envoy.

Pakistan also claimed that this was the “first time that the principled position of the 57 OIC members states has been duly conveyed to India”.