North Korea Fires More Missiles Than Ever Amid Coronavirus Outbreak

In the past, North Korea has typically conducted military drills, including tests of its ballistic missiles, in March as the wintry weather turns warmer. Seoul: North Korea fired what appeared to be two short-range ballistic missiles into the ocean off its east coast on Sunday, the latest in an unprecedented flurry of launches that South Korea decried as “inappropriate” amid the global coronavirus pandemic.

“In a situation where the entire world is experiencing difficulties due to COVID-19, this kind of military action by North Korea is very inappropriate and we call for an immediate halt,” South Korea’s JCS said in a statement, according to Yonhap news agency. 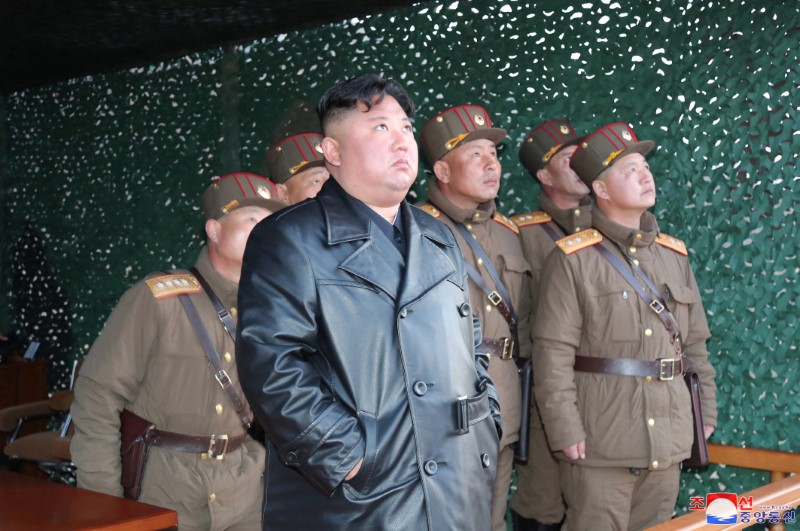 Japan’s Ministry of Defense said they appeared to be ballistic missiles, and they did not land in Japanese territory or its exclusive economic zone.

They would be the eighth and ninth missiles launched in four rounds of tests this month as North Korean troops conduct ongoing military drills, usually personally overseen by leader Kim Jong Un.

That would be the most missiles ever fired in a single month by North Korea, according to a tally by Shea Cotton, a senior researcher at the James Martin Center for Nonproliferation Studies.

“Coming this early in the year, the only time we’ve seen tests this frequently was in 2016 and 2017, both of which were huge years for North Korea’s missile program,” he said in a post on Twitter.

All of the missiles fired so far this year have been small, short-range weapons, such as the KN-24 fired during the last launch on March 21.

But Kim has warned that North Korea is developing a new “strategic weapon” to be unveiled this year, with analysts speculating that it could be a new long-range ballistic missile, or a submarine capable of launching such missiles.

United Nations Security Council resolutions bar North Korea from testing ballistic missiles, and the country has been heavily sanctioned over its missile and nuclear weapons programmes.

This month’s military drills have been conducted despite a border lockdown and quarantine measures imposed in North Korea in an effort to prevent an outbreak of the new coronavirus.

South Korea and the United States have postponed some of their joint military exercises because of the coronavirus outbreak in South Korea.

Politically and economically isolated, North Korea has not reported any confirmed cases, though some foreign experts have expressed doubts.

In the past, North Korea has typically conducted military drills, including tests of its ballistic missiles, in March as the wintry weather turns warmer. For the previous two years, however, it had avoided such springtime launches amid denuclearisation talks with the United States.

Those talks have since stalled, and this year’s string of tests and military drills appear aimed at underscoring North Korea’s return to a more hard-line policy, said Ankit Panda, a senior fellow at the Washington-based Federation of American Scientists.

“There is an element of projecting a business-as-usual image amid the COVID-19 situation, but I think it’s not overriding,” he said. “These tests do allow Kim Jong Un to show that he’s sticking to the hard-line policy he laid out in December 2019.”