No Surprises in Xi Jinping's Carefully-Scripted Power Grab in China

What the amendments to the Constitution by the National People's Congress have done is to tighten the Communist Party's grip over the governmental system in a seemingly legal fashion. 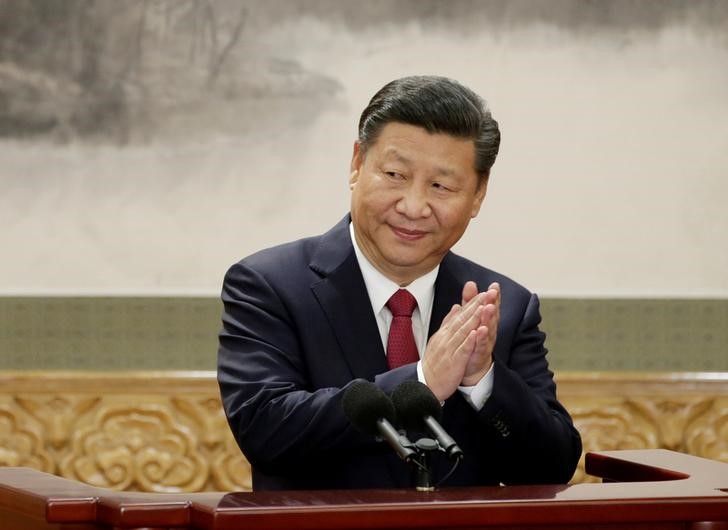 China's President Xi Jinping claps after his speech as he and other new Politburo Standing Committee members meet with the press at the Great Hall of the People in Beijing, China October 25, 2017. Credit: Reuters/Jason Lee/File Photo

There are no surprises at the ongoing annual session of the National People’s Congress (NPC) in China, nor are any expected. NPC meetings are carefully scripted, as was this one whose major “achievement” has been to pass the constitutional amendments dropping term limits for the president of the People’s Republic of China (PRC), currently Xi Jinping. It also approved an amendment where Xi’s ‘Thought on Socialism with Chinese Characteristics for a New Era’ were written into the PRC Constitution’s preamble along with Marxism-Leninism, Mao Zedong Thought, Deng Xiaoping Theory and the Theory of Three Represents. Importantly, it also amended Article I of the constitution of the PRC to legalise the fact that China is indeed a one-party state.

As of now, Xi (64) has just begun his second term, so it should not be a foregone conclusion that he will be “president for life”.  What this really means is that Xi has the option of a third term and is likely to exercise it. This will probably moderate the competition among factions within the Chinese political system with regard to his succession. Of course, there is no doubt that should a third term become a fourth and fifth, there could be trouble.

Many have seen the move as an indicator of Xi’s weakness. But it could well be one of his strength. It could benefit China at a time when the Communist Party of China (CPC) needs a second wind after having got mired in the swamp of corruption, as it took the country to unprecedented economic growth in the 1990s and 2000s. Note that the title of “president” is not the most important of the three hats Xi wears. He is also the general secretary of the CPC and the chairman of the Central Military Commission, neither of these jobs have any formal term limits anyway. As chairman of the CPC, he is the core leader among the seven members of the Standing Committee of the 25-member politburo which runs the CPC and the country.

What the amendments to the constitution have done is to tighten the grip of the CPC over the governmental system in a seemingly legal fashion. This is not unimportant in today’s China with a growing middle class who want a governance system which is responsive and not arbitrary in the use of its powers. For this reason, the narrative being put out by the party machine is that the steps towards the enhancement of the CPC and its chairman’s powers were necessary to overcome some persistent problems in the party and the governance system and will aid the process of creating a prosperous China in the coming decades. 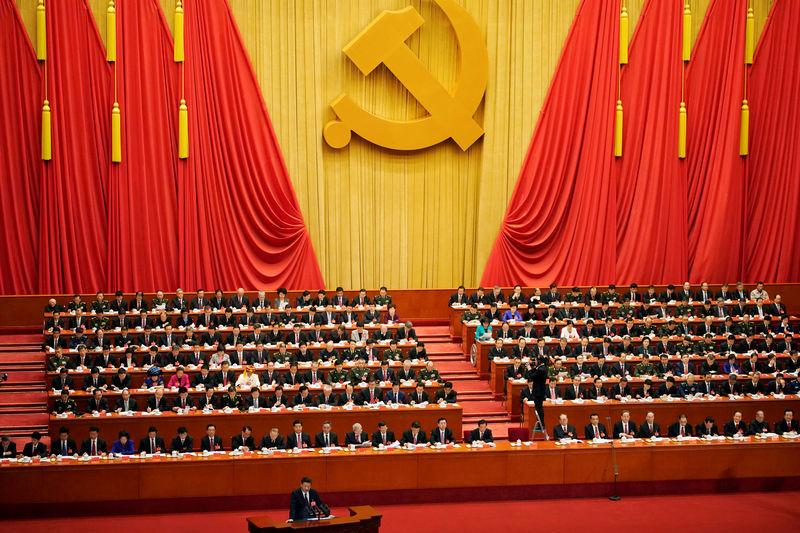 Chinese President Xi Jinping speaks during the opening session of the 19th National Congress of the Communist Party of China at the Great Hall of the People in Beijing. Credit: Reuters/Aly Song

In Maoist jargon, this meant that the “principal contradiction” facing China was no longer that of poverty that required sustained economic growth, but “unbalanced and inadequate development and the people’s ever-growing needs for a better life.” In other words, better governance to remove the pockets of regional poverty, as well as a better sense that the government was theirs and that governance and justice were fair and government policies ensured a better and more secure environment in which they lived.

China has for a long time worked with the fiction that there the CPC and the PRC were two separate entities. So both had separate constitutions, even though the CPC Constitution declared its supremacy over that of the PRC. Likewise, there were two Central Military Commissions, one belonging to the party and another to the state, but both had a common membership. Yet, the bottomline was that the People’s Liberation Army belonged to the party and not the state. In recent years, liberalisers and reformers have sought to strengthen the state institutions as against the party, and the current developments are a signal that they have failed.

Xi believes that widespread party corruption had led to the CPC losing its grip on the system and there was a general decline in its efficiency and its unwillingness to press ahead with much needed economic reforms. After initiating a massive anti-corruption campaign,  Xi has set in motion a new period of centralisation and revitalisation of the CPCs control and authority over the system. So, we are likely to see more vigour on the part of the party as it resets itself and gives the much needed push to China’s economic reforms. As usual, there is clarity over the short term, but what happens in the long term remains blurred.

By adding to Article 1 of the Constitution a language which says that “The leadership of the Communist Party of China (CPC) is the defining feature of socialism with Chinese characteristics”, the CPC has ensured that there is no room for any other political formation. Earlier the guiding role of the CPC was only mentioned in the preamble. So, in essence the new change legitimises one-party rule in China.

The Chinese official media is describing this as a means of providing constitutional protection for the strategy of national rejuvenation. It is aimed at providing stability as the country moves to achieve its goal of creating a modern and prosperous society. Following Xi, they believe that unless the CPC and the government system undertake deep reform, it will not be able to effectively carry out its task of effectively governing China, or carrying out the deep reforms needed to transform the economy and take China to a new stage of development. Likewise, they will not be able to bring improvements in the life of the common people in areas of governance, delivery of justice and cleaning up the environment which has been disastrously impacted by China’s economic miracle.

All this were virtually pre-decided in the 19th CPC Congress last October that saw Xi strengthening his control and amending the CPC constitution to include his Thoughts as a guiding principle. It was underscored, too, in the decision of the party’s disciplinary body, the Central Commission for Discipline Inspection (CCDI),  to call for a new National Supervision Commission to oversee not just the party but governance institutions and structures at all levels.