The attacker, a Sri Lankan national who had been in New Zealand for 10 years, was inspired by the Islamic State militant group and was being monitored constantly, PM Ardern said. 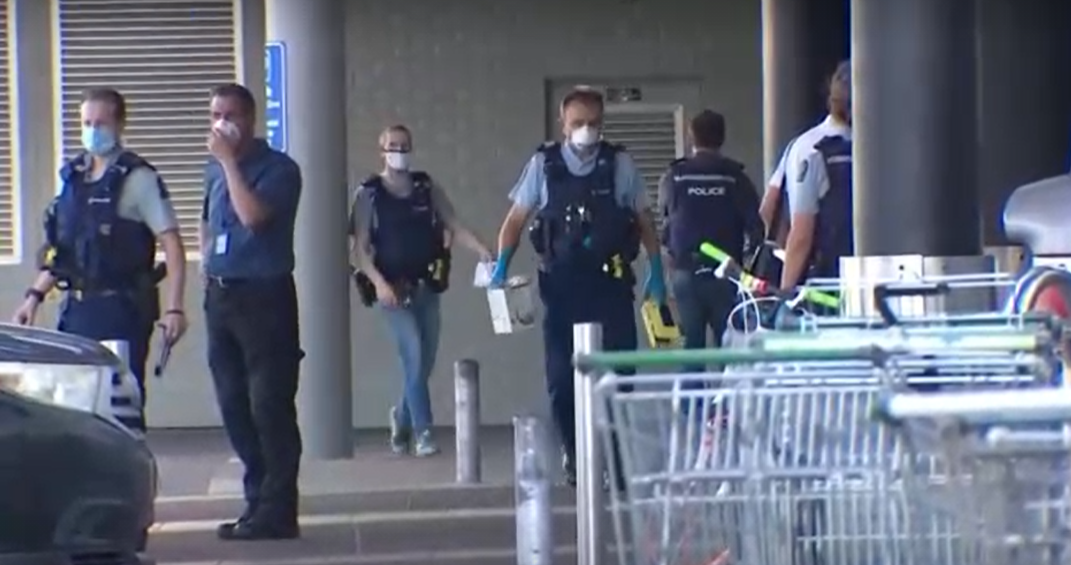 New Zealand police shot and killed a man on Friday after he stabbed and wounded at least six people in a supermarket in a shopping mall in the city of Auckland. Photo: A video grab via Reuters

Wellington: New Zealand police on Friday shot and killed a knife-wielding “extremist” who was known to authorities, Prime Minister Jacinda Ardern said, after he stabbed and wounded at least six people in a supermarket.

The attacker, a Sri Lankan national who had been in New Zealand for 10 years, was inspired by the Islamic State militant group and was being monitored constantly, Ardern said.

“He obviously was a supporter of ISIS ideology,” she said, referring to Islamic State.

The attacker, who was not identified, had been a “person of interest” for about five years, Ardern said, adding that he had been killed within 60 seconds of beginning his attack in the city of Auckland.

Police following the man thought he had gone into the New Lynn supermarket to do some shopping but picked up a knife from a display and started “running around like a lunatic” stabbing people, shopper Michelle Miller told the Stuff online news outlet.

A witness told the New Zealand Herald the attacker had shouted “Allahu akbar” (God is greatest).

Police Commissioner Andrew Coster told the briefing the man was acting alone and police were confident there was no further threat to the public.

“We were doing absolutely everything possible to monitor him and indeed the fact that we were able to intervene so quickly, in roughly 60 seconds, shows just how closely we were watching him,” Coster said.

New Zealand has been on alert for attacks since a white supremacist gunman killed 51 people at two mosques in the city of Christchurch on March 15, 2019.

Ardern, asked if the Friday attack could have been revenge for the 2019 mosque shootings, said it was not clear. The man alone who was responsible for the violence, not a faith, she said.

“It was hateful, it was wrong. It was carried out by an individual, not a faith,” Ardern said. “It would be wrong to direct any frustration to anyone beyond this individual.”

A video posted on social media showed shoppers in the supermarket seconds after the attacker struck.

“There’s someone here with a knife … he’s got a knife,” a woman can be heard saying. “Somebody got stabbed.”

A guard asked people to leave the shopping mall shortly before about 10 quick shots rang out.

Ardern’s compassionate response to the 2019 mosque shootings united her shocked country but the Friday violence is likely to lead to questions about why the attacker was allowed to remain free if the authorities had suspicions about him.

Ardern said the man had not committed offences that would have led to his arrest.

“If he had committed a criminal act that would have allowed him to be in prison, that’s where he would have been. Unfortunately, he didn’t … instead he was being monitored constantly, constantly, and followed,” she said.

She said she was “absolutely gutted” when she got news of the attack.

Of the six wounded people, three were in critical condition, one in serious condition and two were in moderate condition, the St John ambulance service said.

Another witness, Amit Nand, told the Newshub outlet he had seen the attacker and told him to drop the knife just before police arrived.

“This undercover cop came to me … I was going to hit him …. The cop is like ‘get back’ and he started shooting him,” Nand said.

Gamal Fouda, imam of the Al Noor mosque, the main target of the gunman in Christchurch in 2019, said both white nationalists and Islamic State stood for hate.

“We are broken hearted but we are not broken again … We stand with the victims of the horrible incident,” he said.