David Afanador had already been suspended from the New York Police Department without pay. 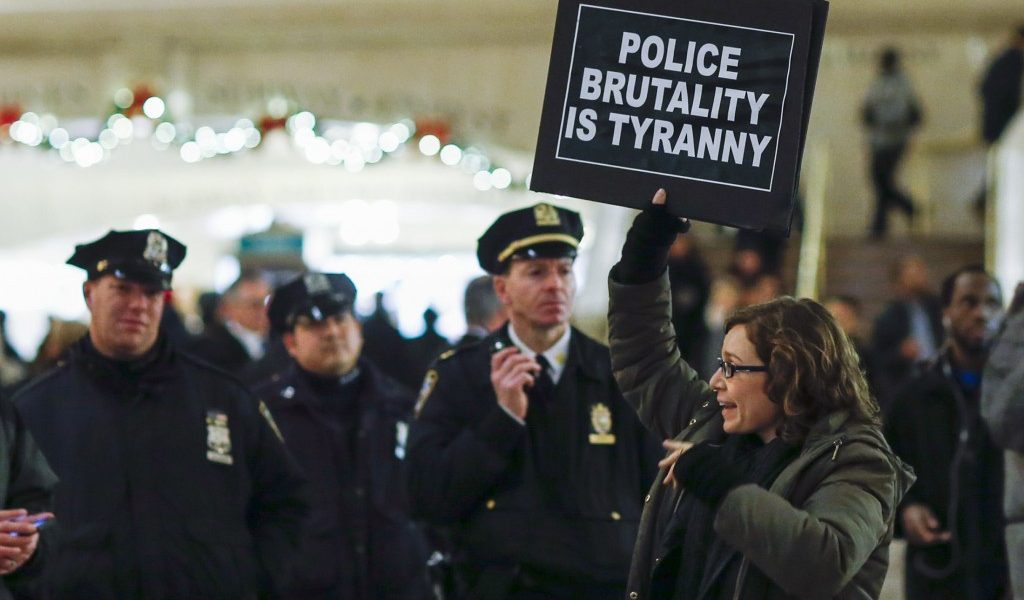 New York: A New York City police officer was arrested on Thursday and charged with strangulation and attempted strangulation after videos emerged over the weekend that appeared to show him using an illegal chokehold to arrest a man on a boardwalk, police said.

The officer, David Afanador, had already been suspended from the New York Police Department without pay. Afanador, 39, turned himself in to be arrested at a police station house, the NYPD said. He pleaded not guilty at an initial court appearance, his lawyer said.

The NYPD has banned chokeholds since 1993, warning they can be deadly. Earlier this month, as part of a package of police reform bills spurred by the nationwide protests against police violence, New York governor Andrew Cuomo signed legislation making it a crime for officers to use chokeholds and similar neck restraints.

Queens district attorney Melinda Katz, whose office is prosecuting Afanador, said in a statement that her office has “zero tolerance for police misconduct,” and that officers are trained to de-escalate volatile encounters.

Afanador’s lawyer, Stephen Worth, said prosecutors were more focused on making a “splashy” arrest than conducting a fair investigation.

“It seems in this alternative universe that everyone’s entitled to due process but police officers,” Worth said.

Afanador faces up to seven years in prison if convicted on the most serious charge.

His forceful arrest of Ricky Bellevue, a 35-year-old Black man, on the Rockaway Beach boardwalk in Queens on Sunday was captured on police body-cam videos, which were released by the NYPD, and cellphone videos recorded by bystanders.

Bellevue, along with two others, could be seen cursing and insulting Afanador and his colleagues for several minutes, prior to the arrest. Bellevue asks the officers if they are scared before grabbing an object from a trash can.

The videos show four officers then restraining Bellevue on his stomach and one officer, Afanador, wrapping his arm around Bellevue’s neck. “Yo, stop choking him, bro!” an onlooker screams as Bellevue falls limp.

Bellevue was arrested for being “disorderly” and was hospitalised after briefly falling unconscious in the officer‘s grip, according to his lawyers at Queens Defenders.

Katz said her office had declined to prosecute Bellevue.

Scrutiny of the police has intensified across the country in the wake of the death on May 25 of George Floyd, a Black man, during an arrest in Minneapolis.

Video showed a white officer with his knee on Floyd’s neck for nearly nine minutes, giving rise to some of the largest, most sustained nationwide protests seen in the United States in decades.